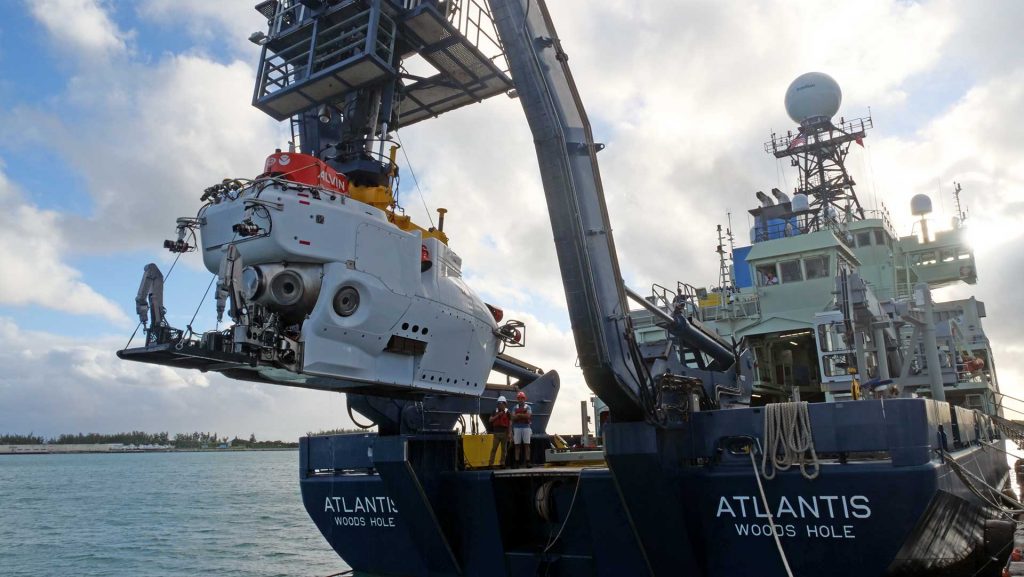 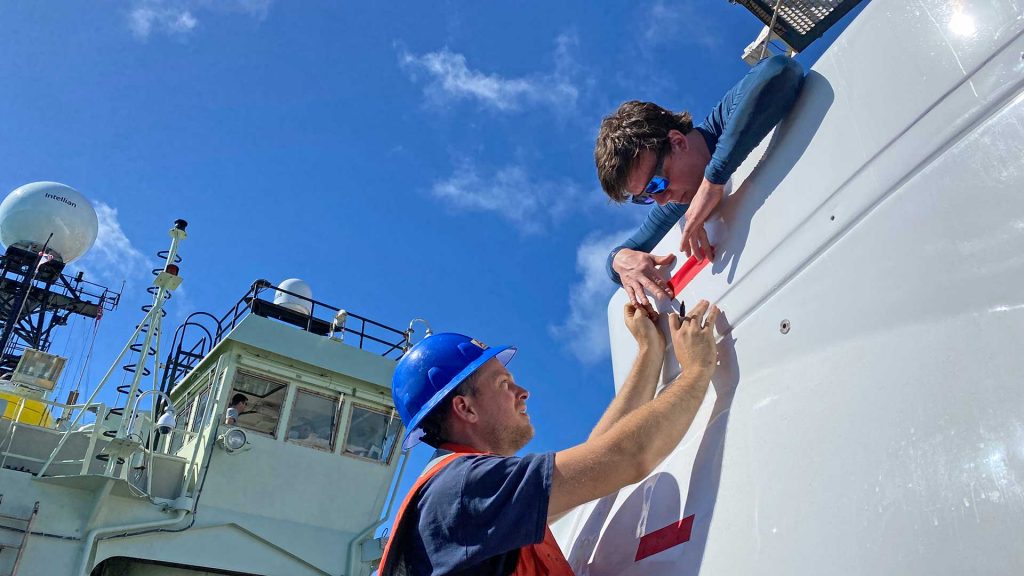 Danik Forsman (top) and Fran Elder added temporary draft markings to the side of the sub before launch. (Photo by Ken Kostel ©Woods Hole Oceanographic Institution) 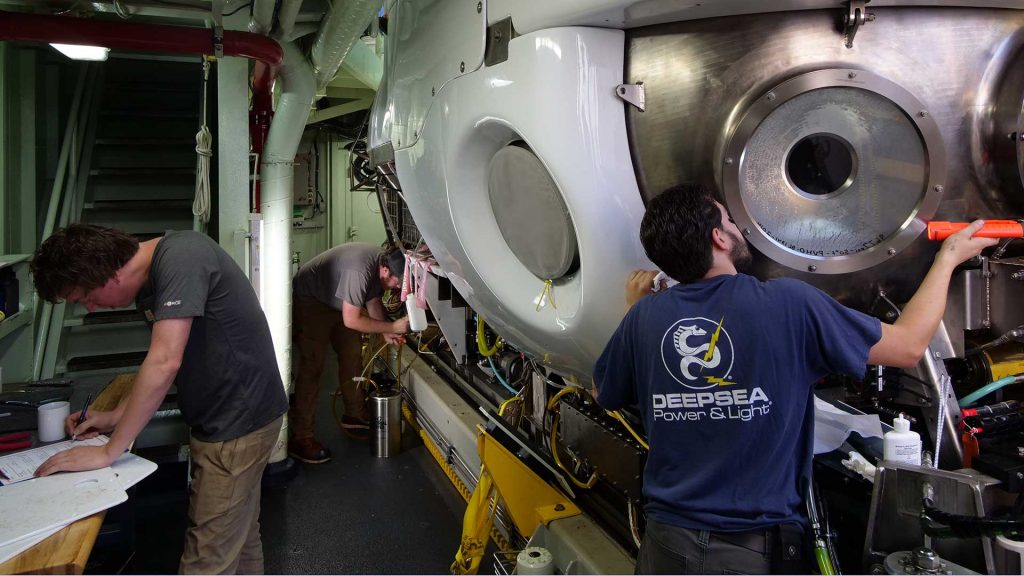 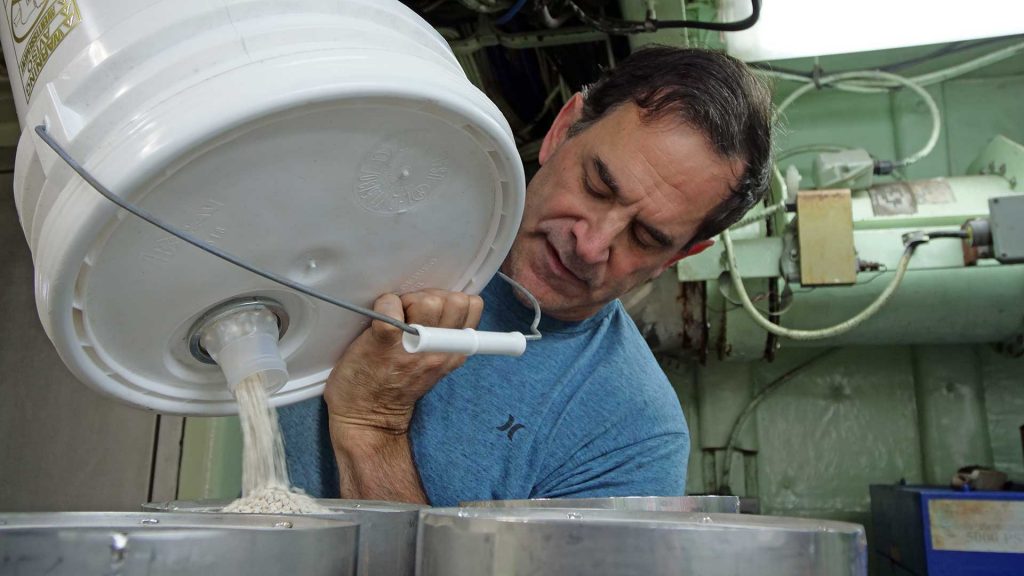 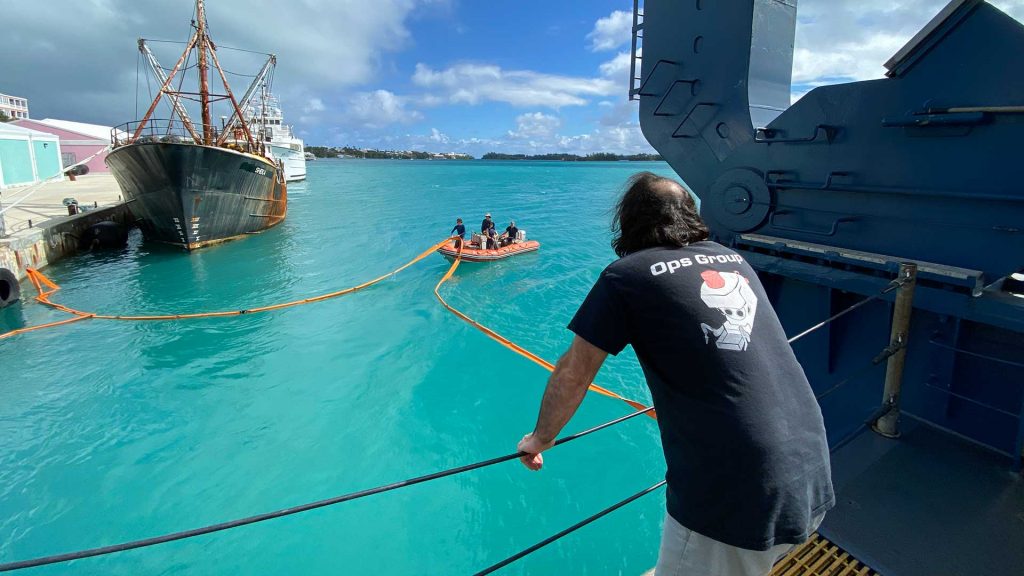 An oil boom deployed as a precaution before the dive. (Photo by Ken Kostel ©Woods Hole Oceanographic Institution) 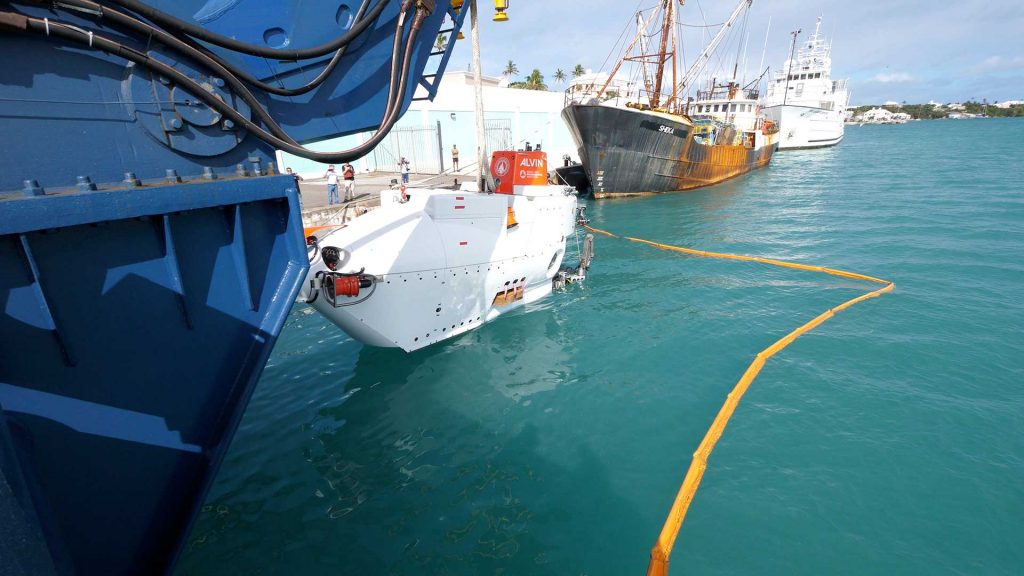 The moment when Alvin touched the ocean after more than 18 months. (Photo by Ken Kostel ©Woods Hole Oceanographic Institution)

Odd as it may be, before Alvin can dive, it first had to prove it could float. And to do so, the sub touched salt water today for the first time in more than 18 months. It didn’t go anywhere spectacular, but it floated under its own buoyancy—even if it did remain loosely attached to its lift line. And, because the hatched closed behind the pilot (Anthony Tarantino), co-pilot (Randy Holt), and observer (Rose Wall), the afternoon received an official dive number. Dive #5066 is in the books. Location: St. George Harbor, Bermuda. Depth: 0 meters (0 feet).

One small dip, was, in fact, a giant leap for Alvin, which just six months ago was still mostly reduced to its component parts, a submersible in memory only. Today showed that, even after substantial changes to its configuration, the sub floats high enough to keep the hatch free of the water and remains upright. Powering many of its systems on in salt water also revealed a few faults, and those that did crop up are easily remedied. Tomorrow the team will continue checking the rest of the sub’s systems in the water and then move on to the Navy’s incline test that will determine just how stable it is at the surface and submerged.

But that’s tomorrow. Tonight, we revel in the fact that Alvin has taken another small but significant step towards 6500 meters.