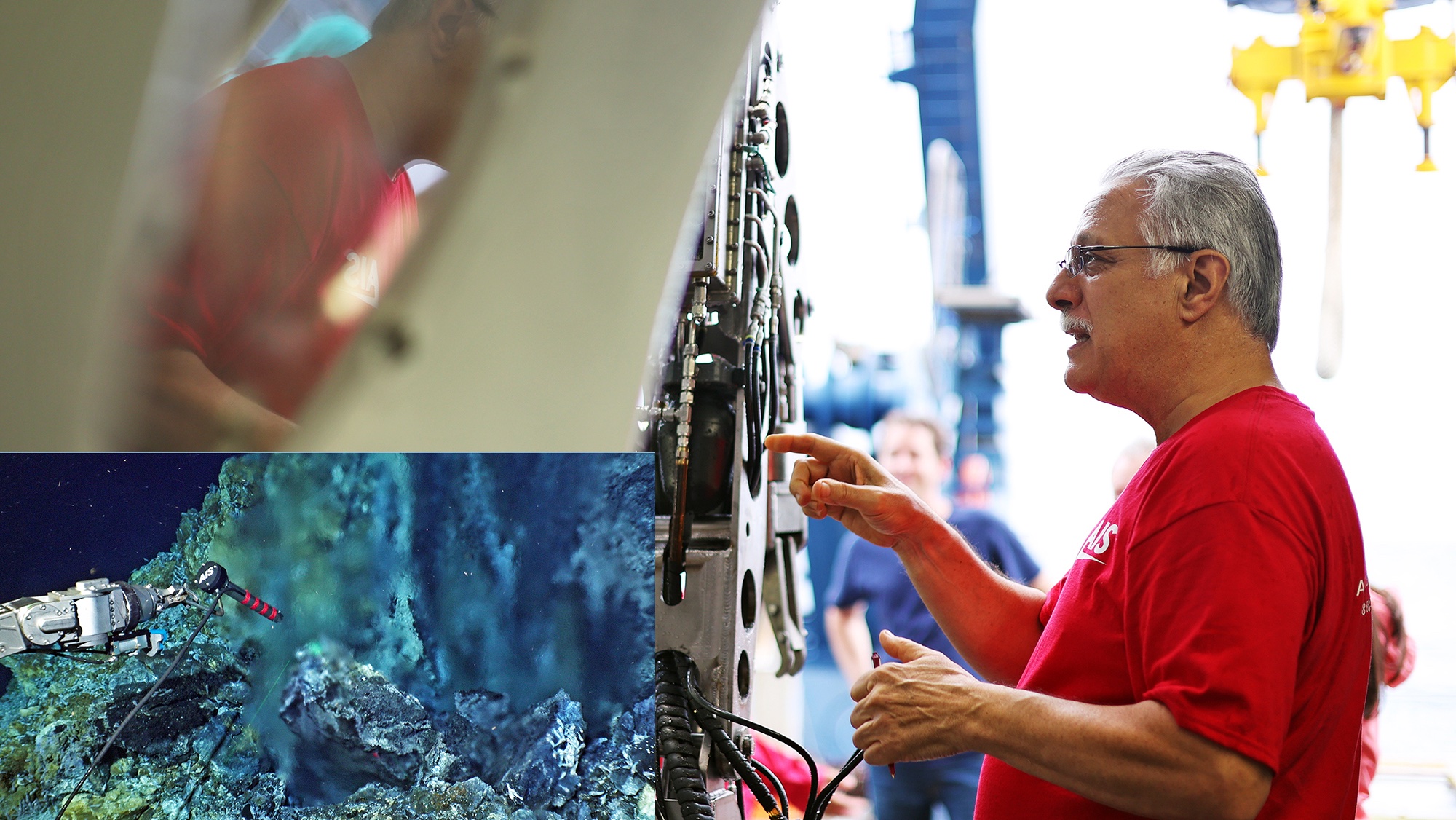 A warm morning breeze, thick with humidity, washes across the aft deck of R/V Atlantis as several members of the science team gather just outside the Alvin hangar. Even after eight dives, the excitement for launch is high as ever.

Don Nuzzio looks like a kid on Christmas morning, bouncing slightly on the balls of his feet and smiling at everyone. Today marks his 20th dive in Alvin and he couldn’t be happier.

“Every time I go down, it feels like the first time,” he says. “The anticipation for seeing the seafloor and discovering what’s down there is unlike anything else.”

A few minutes later, Nuzzio climbs into the sub with pilot Danik Forsman and pilot-in-training Randy Holt. Their target depth is a bit shallower than most dives during this expedition, but the destination is spectacular—they are heading to the Von Damm Hydrothermal Field. 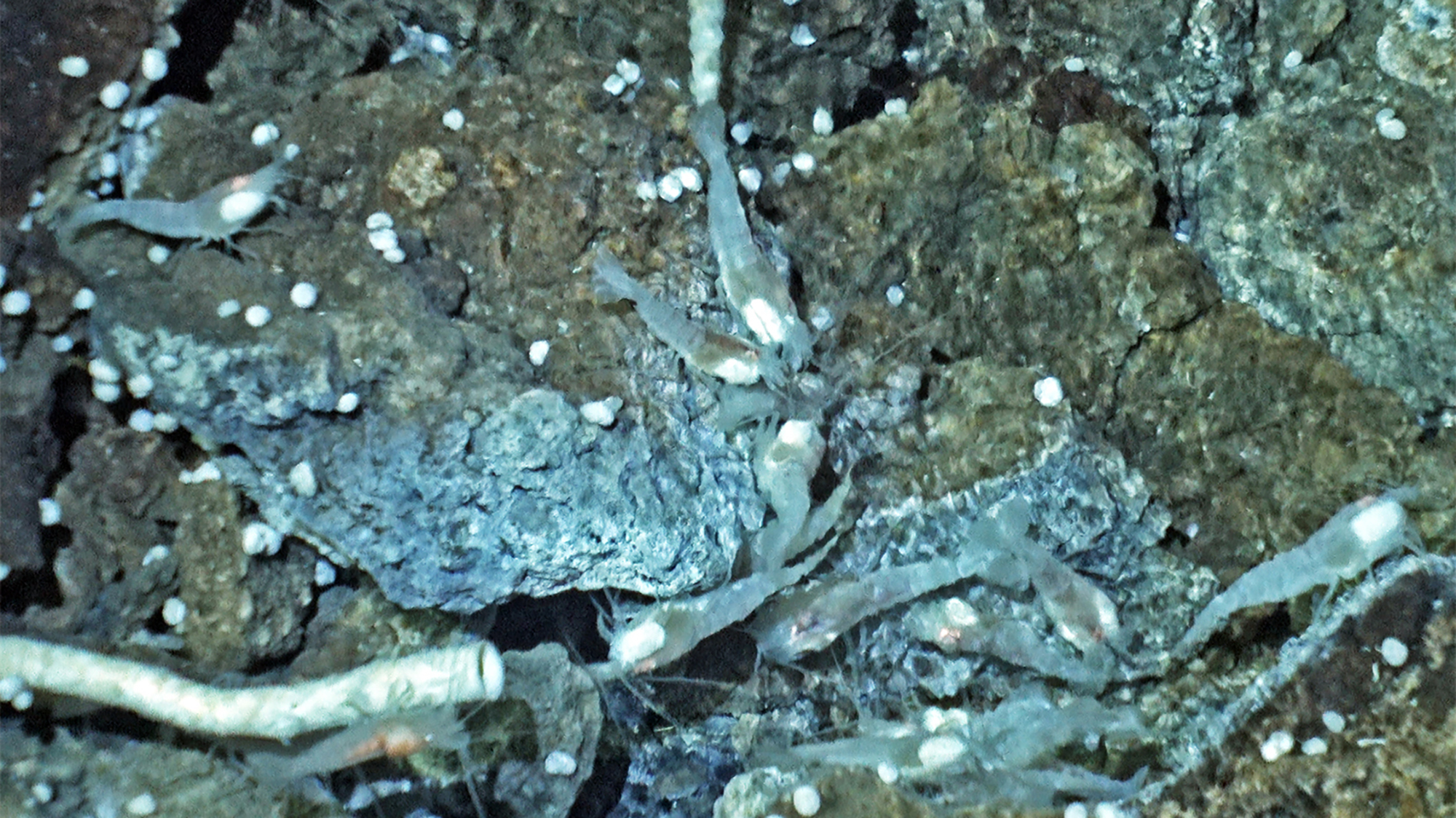 Named for Karen Von Daam, a world-renown geochemical oceanographer who completed her PhD in Oceanography in the WHOI-MIT Joint Program in 1983, this unique vent field was discovered in 2010. It has been ten years since a research team last collected data here.

After touching down at a depth of 2,375 meters, Forsman plucks Ashley Burkett’s Sea Cubes from Alvin’s basket and places them on the seafloor.

Next, it’s time to set up for sampling at a diffuse flow site at Marker X18. Instead of the dramatic billows of “black smokers,” this site is characterized by a faint shimmer in the water. Using Alvin’s manipulator arm, Holt pulls out Nuzzio’s custom instrument to measure temperature and conduct in-situ chemical analysis. 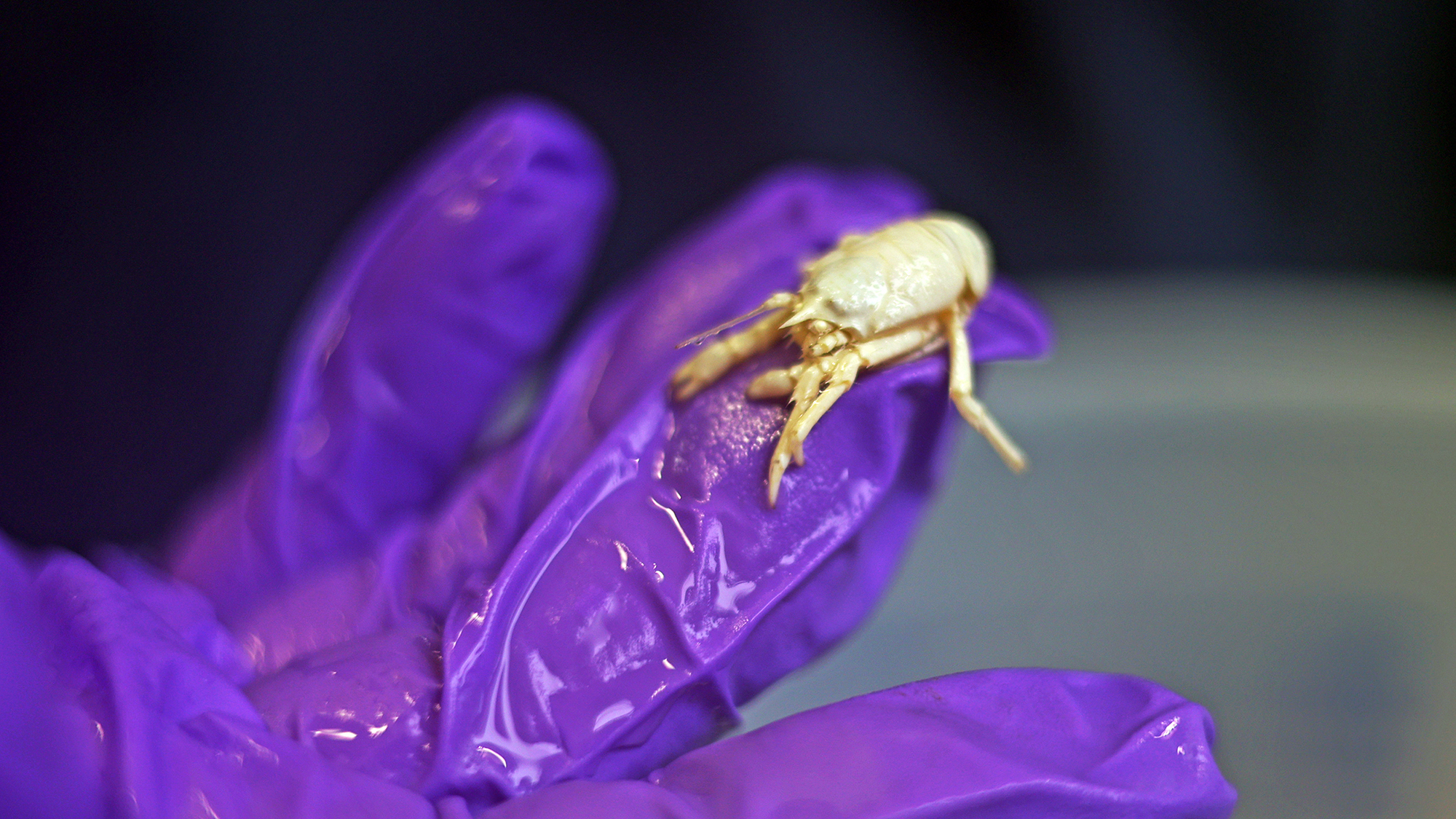 While the ambient water temperature in the area is approximately 4°C (39°F), the temperature of the diffuse flow reads 9.4°C (49°F). With his in-situ electro chemical analyzer, Nuzzio can see exactly which elements are present in the water—in real time.

“It’s the only instrument that can determine the amount of oxygen, sulfide, iron, and manganese in real time at the bottom of the ocean,” he says. “There’s no other tool that can do that.”

Looking at his measurements, Nuzzio notes a moderate amount of sulfide in the water.

“The bacteria use the sulfide as their energy source,” he says. “But the animals, like the shrimp, also need an oxygenated environment to survive. Through this unique combination of sulfide and oxygen, these animals have adapted to this extreme environment.”

After completing the chemical measurements, Nuzzio, Forsman, and Holt begin working on the biology side of things, collecting tube worms, Zoarcid fish, and several pounds of shrimp.

Afterwards they move to another site called Von Damm One where the diffuse flow measures 134°C (273°F). They repeat their process of conducting electro chemistry and collecting biological samples.

The variety of tasks during the dive—performing chemistry, measuring temperature, and taking biological samples—provide an abundance of learning experience for Holt. While he had the opportunity to do training dives during the engineering trials, today is his first official science dive. 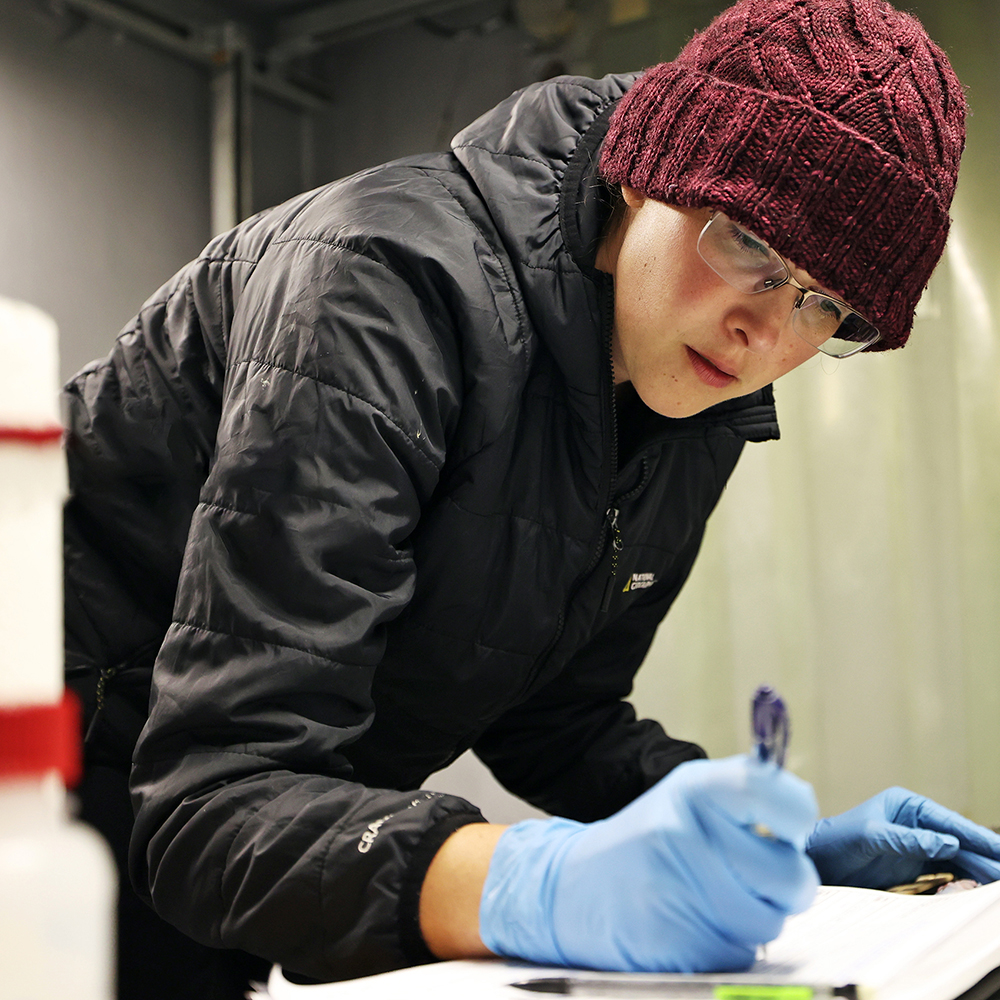 “We did a lot of manipulator work with a busy basket,” Holt says. “It was also good experience for learning how to set up on uneven terrain and still being close to our target. And the vents were just incredible to see up close.”

When Alvin returns in the afternoon, the warm breeze has been replaced by clouds and intermittent rain—but the mood is jovial as everyone rushes to look at the specimens the team collected.

“Whenever I go down, I always try to maximize my time, and focus on the needs of all the scientists out here,” Nuzzio says. “I think the biologists on board are very happy.”