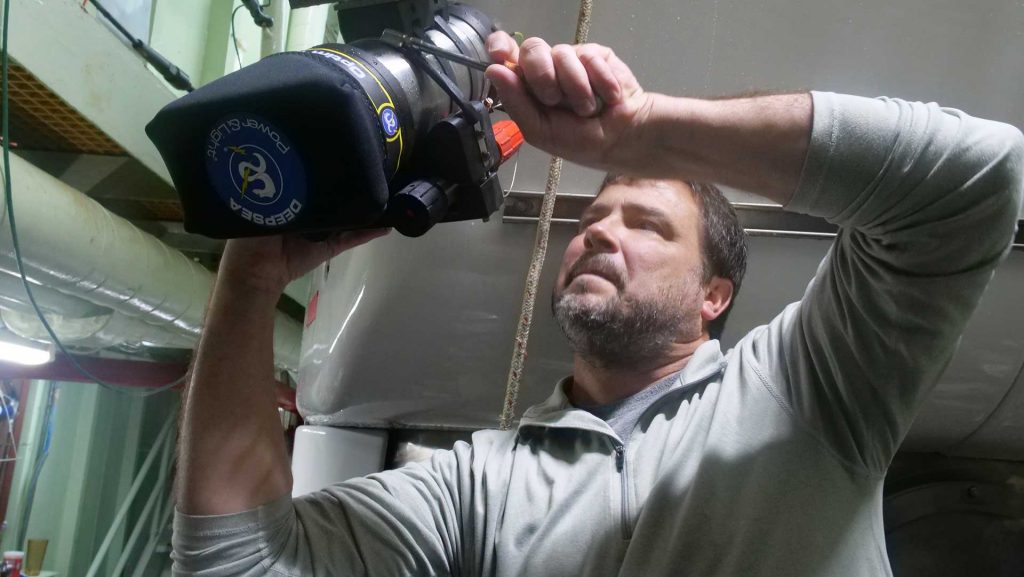 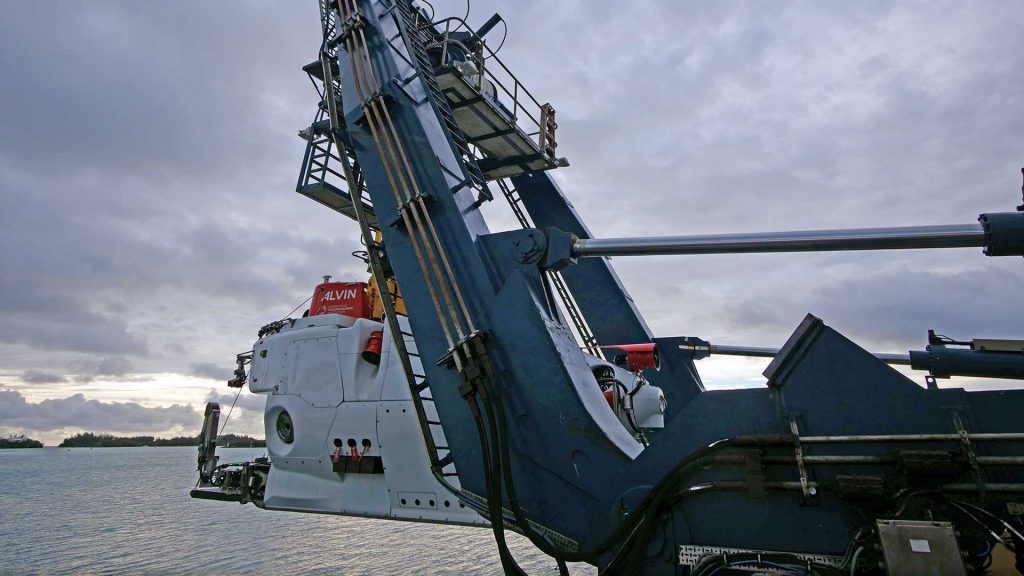 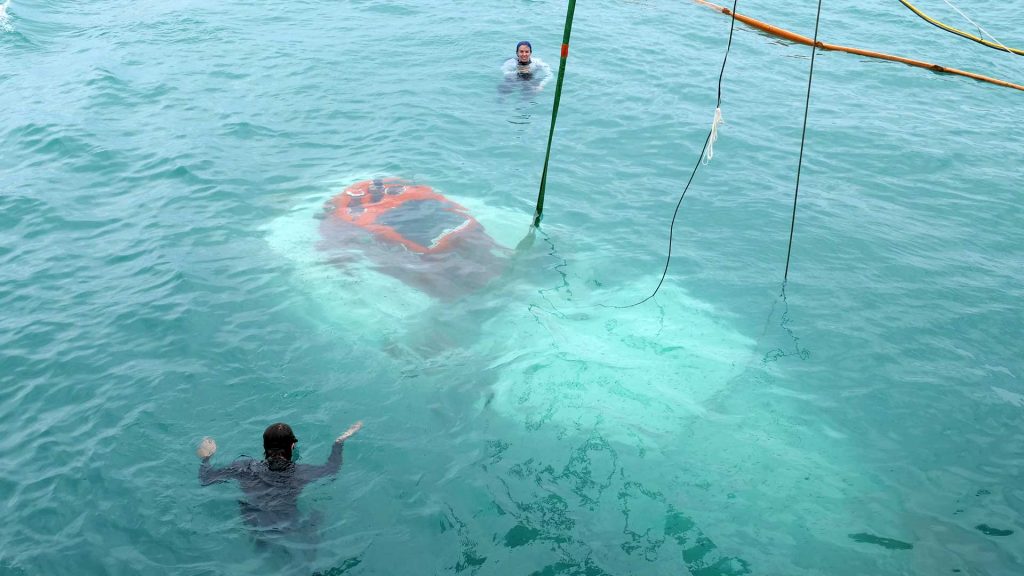 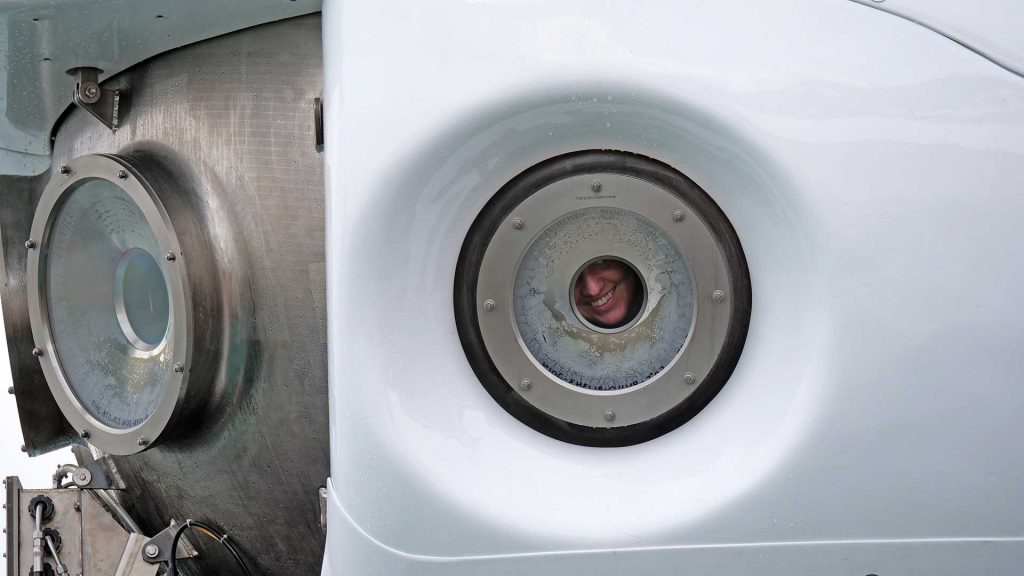 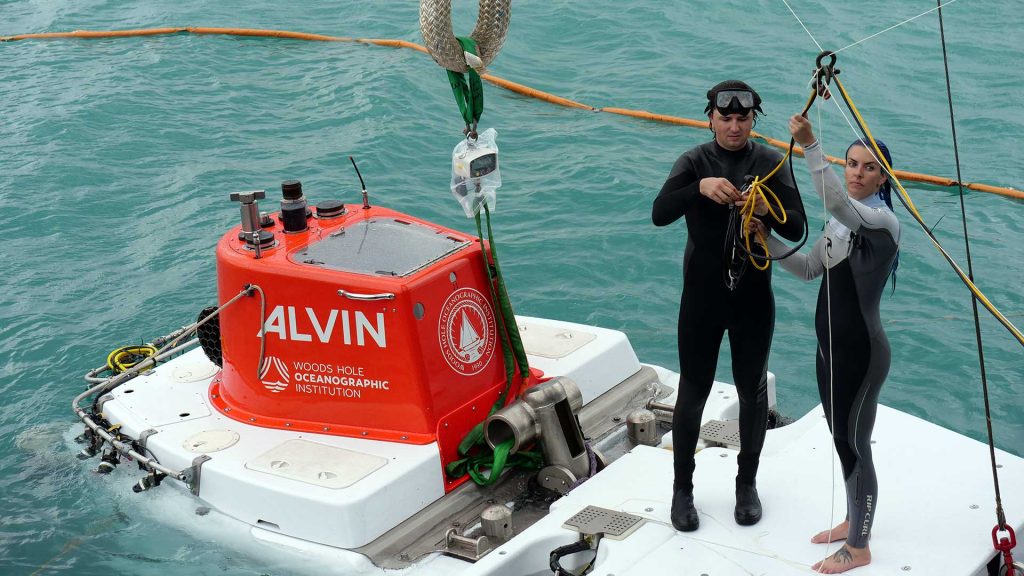 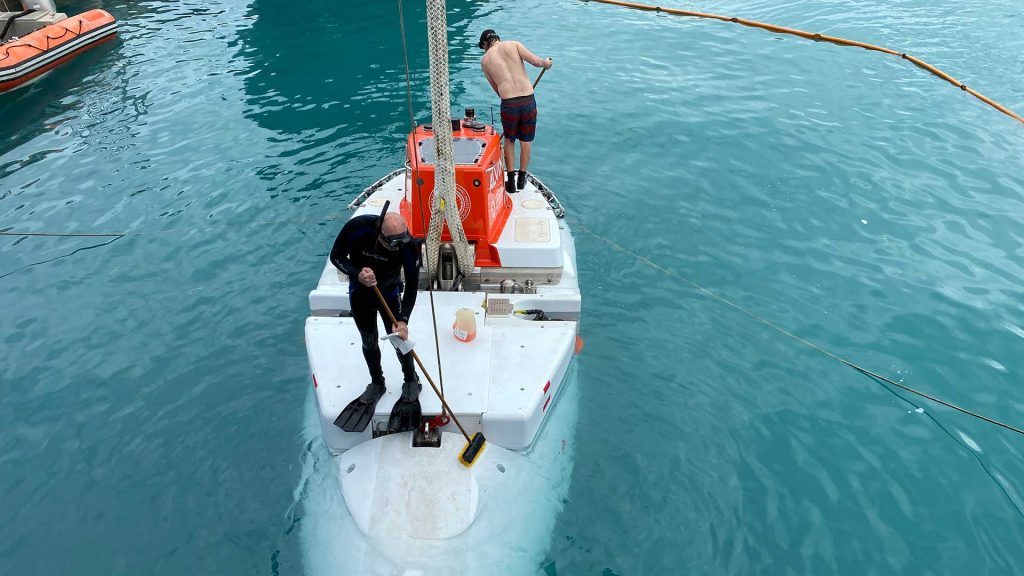 Rick Sanger (foreground) and Nick Osadcia take a moment during tests to give the sub a much-needed scrub-down. (Photo by Ken Kostel, ©Woods Hole Oceanographic Institution)

Alvin’s cameras have produced some of the most stunning and iconic views of the deep ocean ever seen. But when the sub came in for its most recent overhaul, its imaging systems were facing two major challenges. First, it would be getting new 4K video cameras made by Deepsea Power & Light, which means file sizes would nearly quadruple. In addition, the controls that scientists use to adjust camera settings and log events during a dive were spread across two separate and very different interfaces.

Before the overhaul, at the end of a dive, members of the Alvin team and shipboard technicians were hard-pressed to assemble a package of data from the dive that scientists could use to plan the next day’s dive. Processing video from the sub’s four high-definition cameras into a usable format, with metadata attached, could take six to 10 hours, meaning scientists often wouldn’t get their information until midnight or later. And with deeper dives possible after the overhaul likely to push return times even later, something needed to change.

Over the waning months of the upgrade, WHOI engineer and Alvin pilot (and sometime Sentry Team member) Mike Skowronski built a system that will process all of the sub’s video feeds as they come off the cameras in real time. That means as soon as Alvin is in its hangar, images from the day’s dive will be ready to download and copy to hard drives for the scientists—with metadata embedded—within an hour or two. In addition to making the video files more readily available, the hope is that the new system, which embeds meta data into the video files, will make them more useful to future users who are planning dives in places Alvin has already visited.

The second problem is both a technical challenge and one of human behavior. The controls for Alvin’s old cameras were based on a video game controller, with a joystick and rocker switches with a limited set of features. To that, designers later added a separate iPad interface known as Sea Log that allows scientists to make note of their observations during a dive. Rather than switch from one control to another, however, sub pilots noticed scientists tended to pick one or the other controller and use it almost exclusively. As a result, they would either keep the camera’s zoom, exposure and position settings alone and focus on using the tablet to log events, or manipulate the camera settings to change what the camera was recording at the expense of the functions offered by Sea Log on the tablet.

To fix this, Skowronski chose to abandon the handheld units and instead expanded the tablet-based app to include a set of electronic camera controls. To merge them into one super-controller that allows scientists to manage their cameras (each person has two cameras at his/her disposal) and to log data on a single screen, Skowronski enlisted the help of WHOI software engineers Ethan Andrews during the three-month project. He’s also being joined by another WHOI software engineer, Ryan Govostes, to fine-tune the user interface and the way the app communicates with the cameras.

The hope is, with a streamlined system in place once Alvin goes back into service, scientists will not only be able to make better use of the sub’s video system, but that they will also have even more spectacular images to share with the world.

Yesterday, Alvin finished the in-water tests of its electrical and mechanical systems. It also dove briefly so the team could check the operation of the variable ballast system used to make it neutrally buoyant at the seafloor. All of that occurred while the sub remained tethered to the ship’s A-frame—and there’s still one more test before it can dive and maneuver on its own: the inclining test.

The inclining test is used to determine a vessel’s stability by moving a set of weights between two set positions on either side of the sub and measuring the resulting angle of roll. Once that’s completed successfully, Alvin can move to shallow harbor dives before we begin open-water dives of increasing depth each day until we reach 6500 meters.