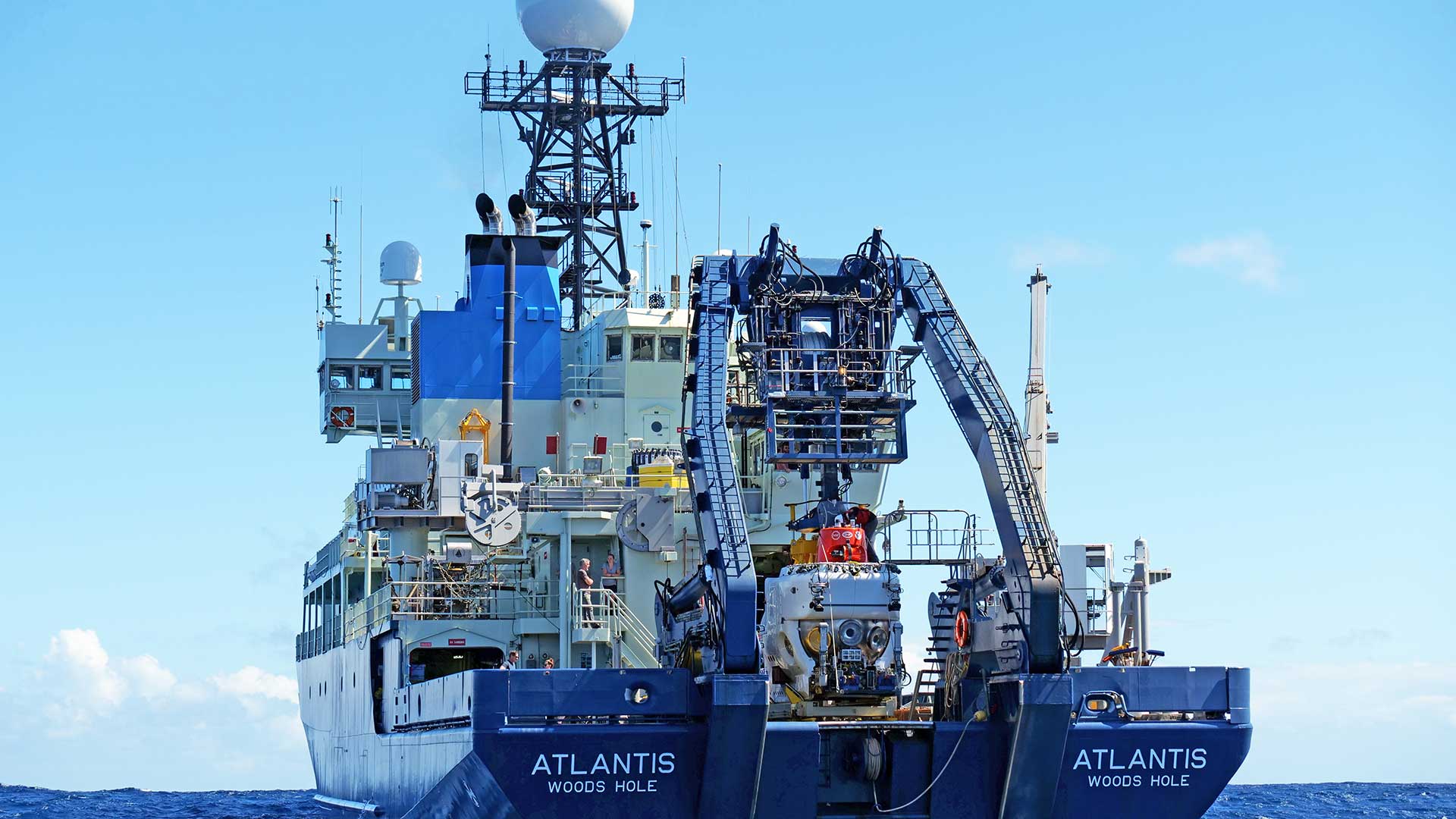 After completing its 5,075th dive to a record 5338 meters (17,513 feet), post-dive visual inspection of Alvin revealed unexpected damage to several attachment points of the specialized syntactic foam used to provide buoyancy to the 43,000-pound human-occupied research submersible. As a result, further test dives have been postponed so that the sub can be thoroughly inspected, the damage assessed and repaired, and, if necessary, modifications made to ensure its continued safe operation.

Syntactic foam is made of tiny glass spheres embedded in an epoxy resin and is highly resistant to changing shape under high pressure. At no time were occupants of the sub, which carries three people at a time, in any danger as a result of the issue that were found.

Alvin is owned by the U.S. Navy, funded primarily by the National Science Foundation (NSF), and operated by WHOI on behalf of the scientific community as part of the National Deep Submergence Facility (NDSF). Alvin has been in service for 57 years, although it has gone through repeated upgrades over the years to the point that nothing of the original vehicle remains. The most recent upgrades began in March 2020 with the goal of making the sub capable of reaching a new maximum depth of 6500 meters (21,325 feet or about 4 miles), 2000 meters (6,562 feet) beyond its previous maximum of 4500 meters (14,764 feet).

Dive 5075 near San Juan, Puerto Rico, occurred as part of a series of increasingly deeper dives intended to test Alvin’s systems and to eventually receive certification from the Naval Sea Systems Command (NAVSEA) to operate to 6500 meters. Alvin and its support ship, the research vessel Atlantis, are still in Puerto Rico, so that the sub’s engineers can better evaluate the sub and consider next steps. It is currently unknown when testing for 6500-meter dives will resume.

“Alvin’s success over the past 50 years, as well as the success of the team that operates and maintains the sub, can be measured by the fact that its dives have come to seem routine,” said NDSF Director Andy Bowen. “But working at extreme depth remains an engineering feat of remarkable complexity. The ocean is a harsh environment, but that will not stop us from working as hard as possible to learn as much as we can about such a critical part of our planet.”