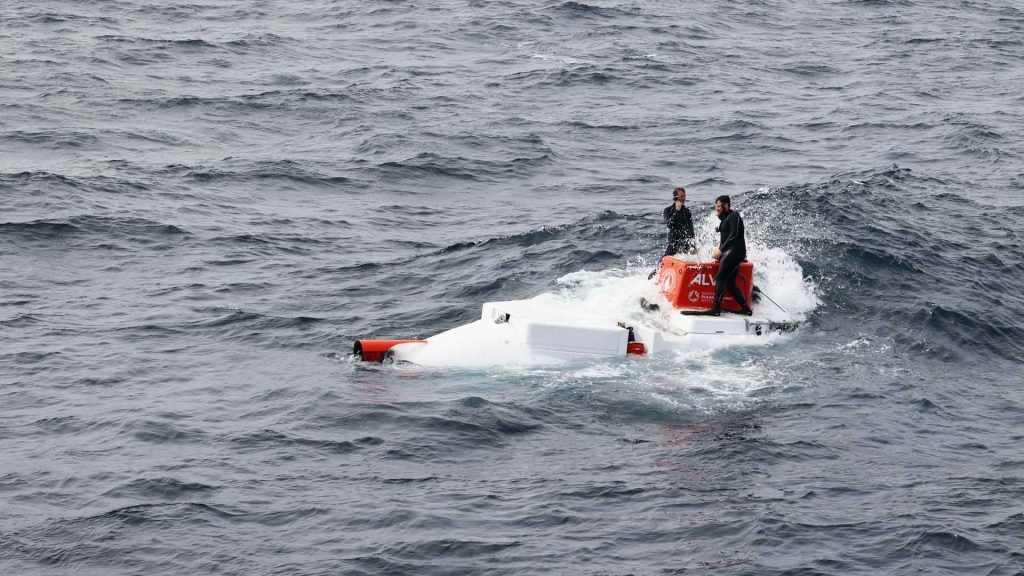 The human-occupied vehicle Alvin resumed sea trials on Wednesday, July 6, with a dive in Hydrographer Canyon, a deep incision in the continental shelf, 100 nautical miles south of Martha’s Vineyard.

It was a shallow dive by design, with the goal of reaching 500 meters and testing all systems, including the life support system, said Alvin pilot Anthony Tarantino. “We dropped down to about 400 meters right away, and there was a stiff current out of the south, which meant exercising the propulsion system pretty vigorously—and the batteries.”

The dive took place on an overcast day when the waves appeared opaque and Alvin was only visible for seconds after submerging. But the descent inside the sub was a different matter, said Kaitlyn Beardshear, an Alvin engineer who crewed the dive. “There was a lot of life. We saw jellies and salps in the midwater and when we got deeper there were squid. The bottom was silty and there were lots of crabs, shrimp, chimera fish, and we saw one very small octopus.” 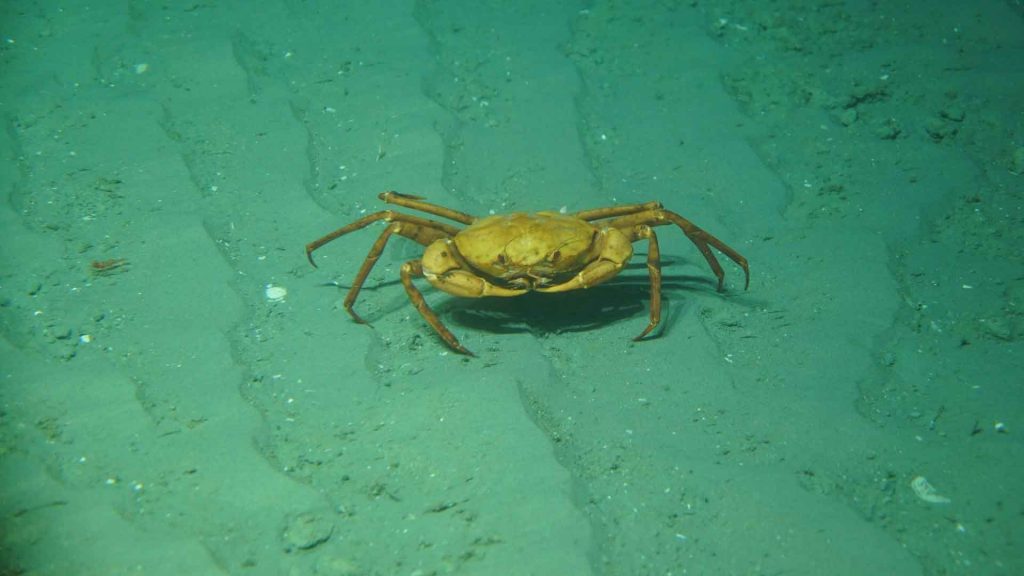 A crab seen on the bottom during Dive 5078 in Hydrographer Canyon along the northeast continental shelf. Alvin Imaging System. 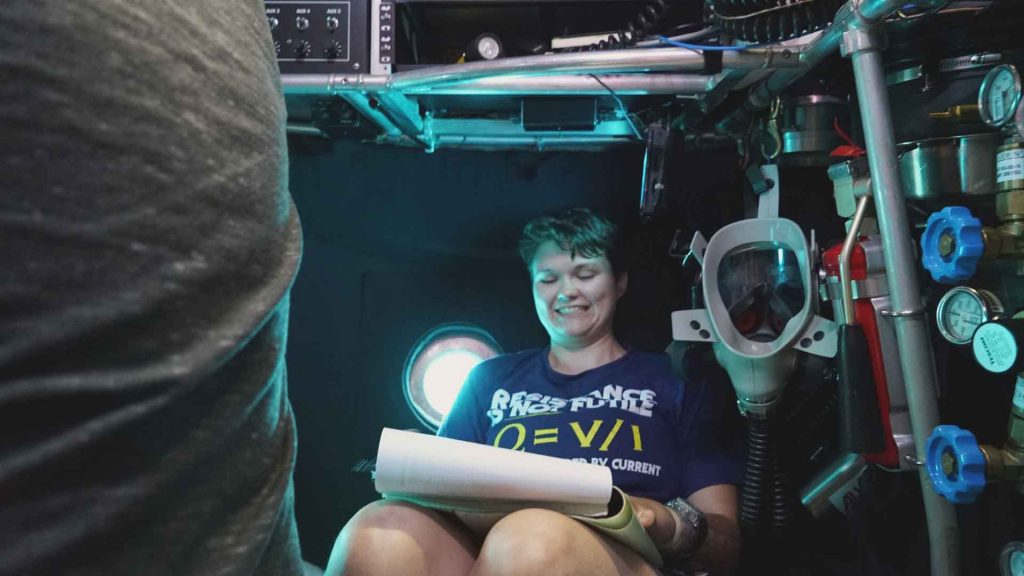 This was Alvin's first open water dive since sea trials came to a temporary halt in November 2021. The pause came after the sub reached 5338 meters (17,513 feet and the deepest dive to date), and a post-dive visual inspection revealed damage to several attachment points of the syntactic foam used to provide buoyancy. Since that dive the Alvin Group has redesigned the foam attachment points, and these initial dives will proceed incrementally—500, 1500, and 2500 meters—to allow the team to watch how the foam responds at different depths. 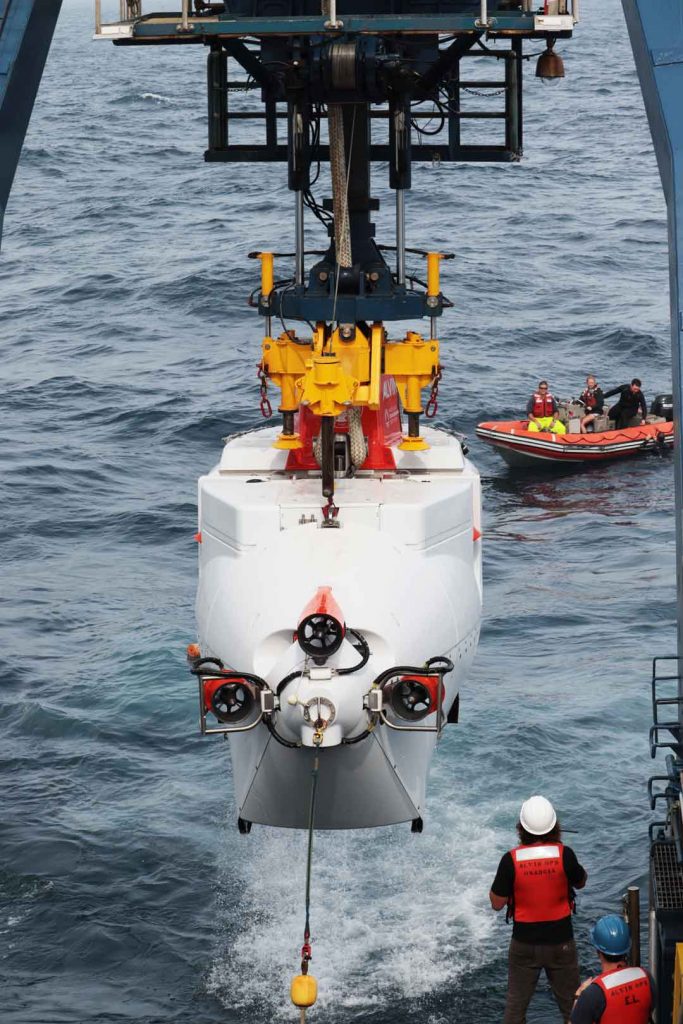 In the July 6 dive, Alvin did reach its target depth of 500 meters and then proceeded slightly beyond to a final depth of 570 meters. The crew completed a system check while on the bottom. And the syntactic foam remained unchanged when inspected after the dive.