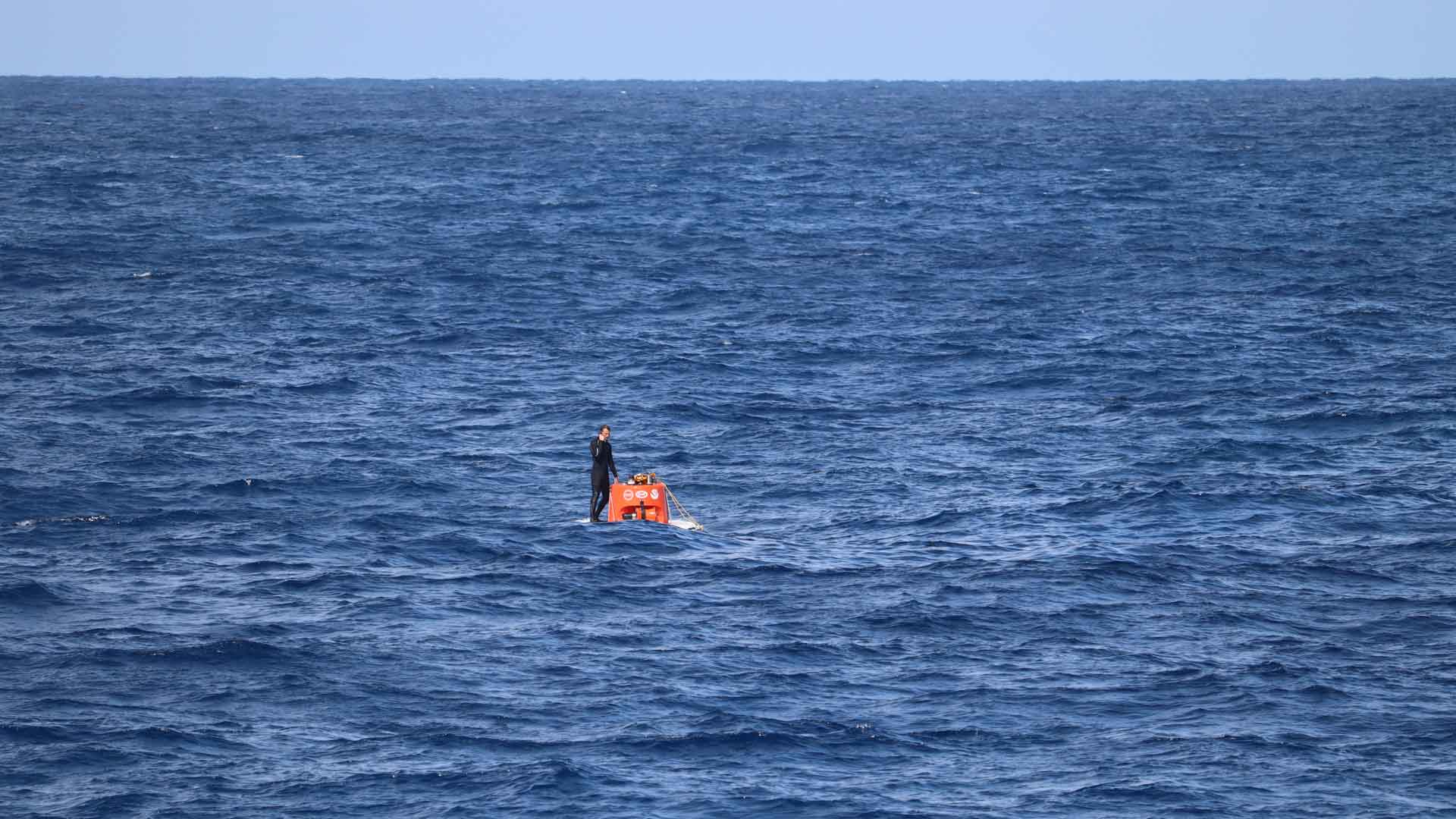 The last dive of the week took Alvin off the continental shelf, off the slope, and into the truly deep sea. With a 2,500-meter goal, Dive 5080 on July 8 was a voyage into the range where Alvin has historically done much of its work.

The dive was smooth sailing. In the driver’s seat was Nick Osadcia, a pilot-in-training, with Anthony Tarantino providing guidance as the pilot in command.

“This is the first time I operated the sub for the full launch over the side, making the radio calls, doing the system checks, talking to the swimmers, making the final request for permission to dive,” Osadcia said. 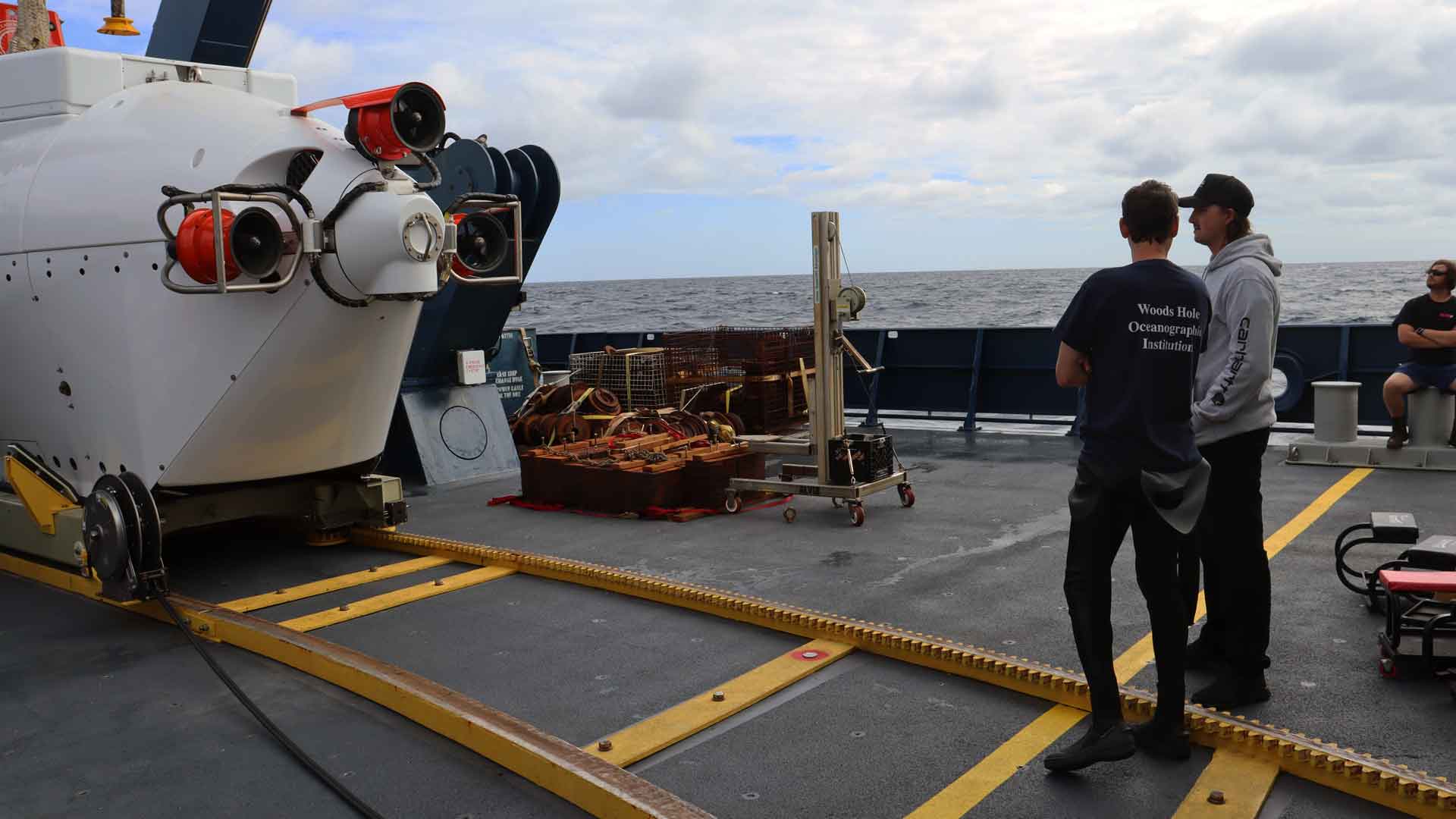 In addition to pilot-in-training, he’s also a mechanical engineer and part of Alvin’s at sea operations team. Osadcia started to train as pilot before the overhaul, so the sub has been out of the water almost since he began.

Mechanical engineer and operations team member John Dymek was the observer on the dive. Between assisting with systems checks for electrical, mechanical, and life support, there were moments to take in the view.

“It was awesome—this was my first deep dive, first time I got to see the sub in its element,” Dymek said. “The descent is really cool and you can look out the view port and see all the bioluminescent fish. It’s almost a starfield of jellies and fish.”

When Dymek met Alvin, the sub was just a frame and parts in the High Bay at WHOI. It was a unique experience to dive in a vehicle he’s seen through the process of reassembly.

“I put a lot of faith in our work and in the other engineers I work with,” Dymek said. “It’s impressive. It’s a point of pride for all of us. We put this sub together ourselves and then get in it and take it to where it is designed to go.” 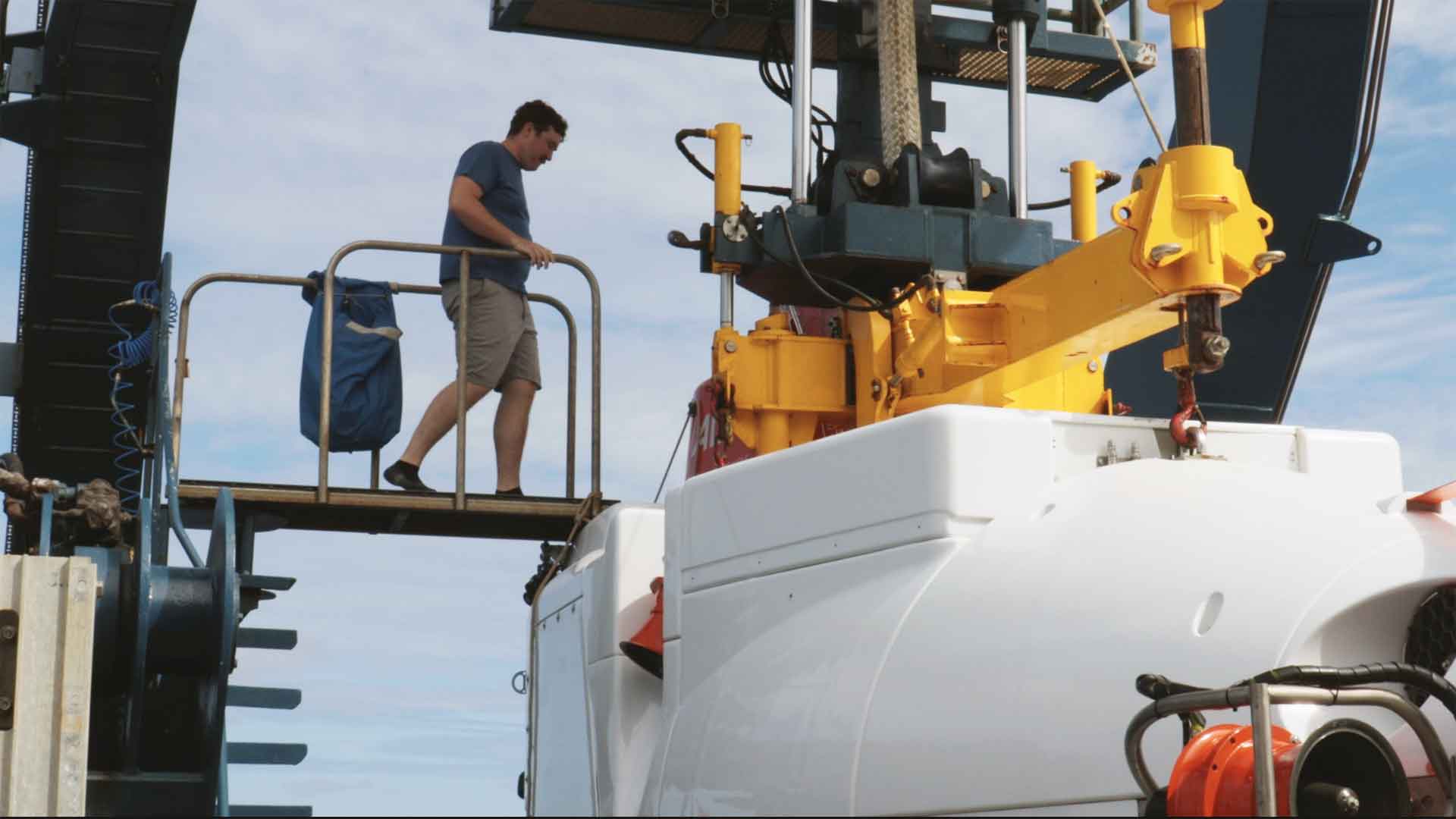 Alvin reached the bottom at about 2,560 meters and arrived in the varied landscape of a shallow canyon with small outcroppings of sponges and occasional shrimp and fish.

Osadcia handled the landing. “This is the first time I did a bottom approach, which means I actually dropped the weights, slowed down, and landed the sub on the bottom,” he said.

Once on bottom they had about three hours to drive and practice setting up to take scientific samples—reaching a final depth of 2,571 meters.

After recovering Alvin, Atlantis pointed its bow south and began the transit to the Puerto Rico Trench. Current estimates put Atlantis and Alvin on the next dive site—to 3,500 meters—on Wednesday, July 13. In the meantime, transit provides time to give the sub a thorough servicing before continuing to dive deeper.