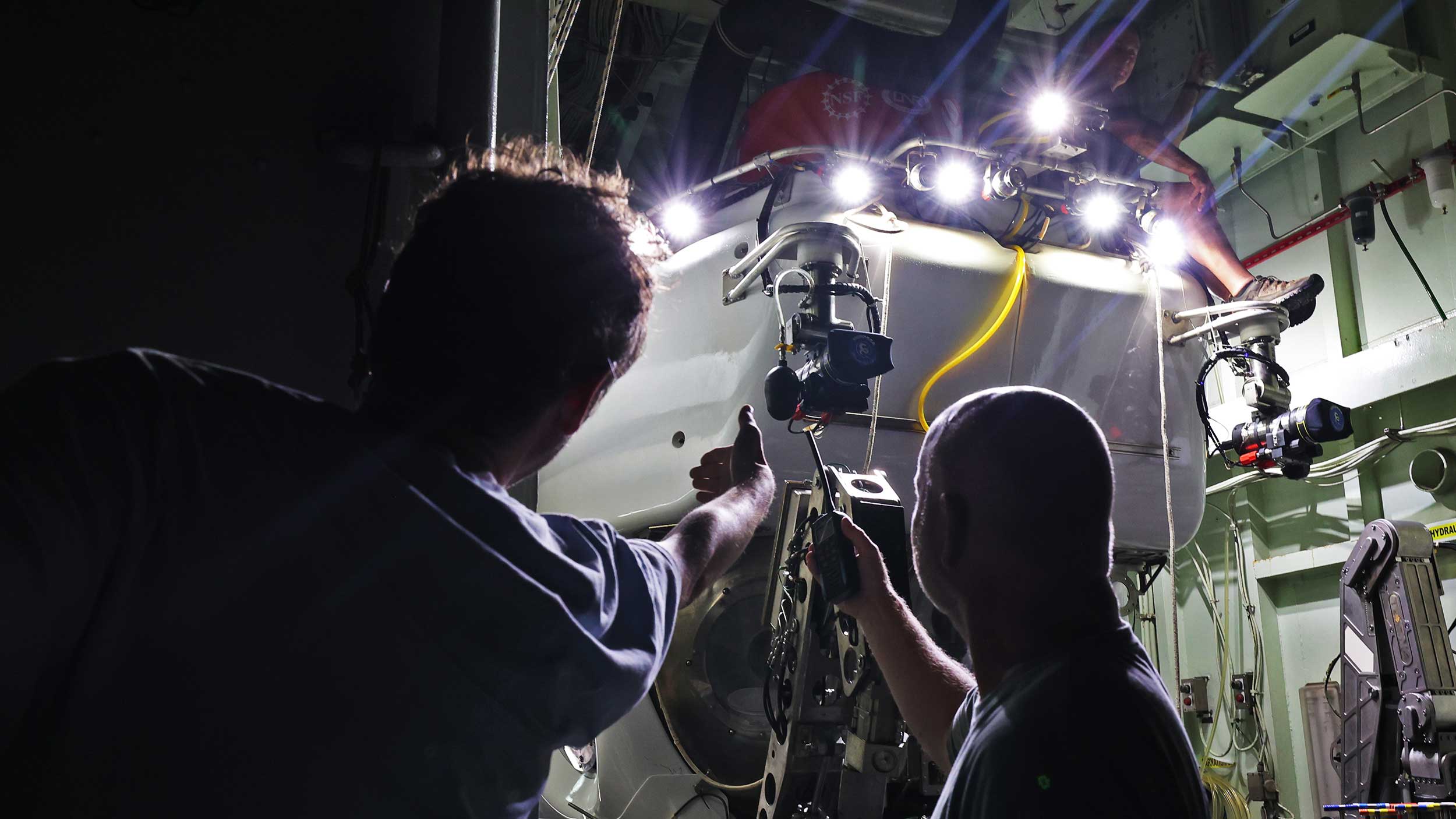 Members of the scientific and engineering teams on Atlantis align Alvin's new lights on deck before taking them on their first dive. (Photo ©Woods Hole Oceanographic Institution)

Below about 200 meters in the ocean, much of the light from the sun disappears, absorbed by seawater above. That means every glimmer used by scientists in Alvin to observe and record the deep seafloor has to be provided by the submersible’s lights and batteries. But more light means a greater impact on the finite power supply that Alvin needs for all of its operational and scientific equipment. Fortunately, lighting technology has advanced dramatically over the years, keeping pace with the increased demands of high-definition video cameras all of which require more light for the larger imaging sensors they carry, while at the same time pushing back the darkness farther. And, in the case of the recent upgrade, taking that light deeper than ever.

For the past 30 years, much of the light Alvin has carried into the depths, and that have resulted in iconic images of Titanic, hydrothermal vents, and other deep-sea scenes, has been produced by lighting systems made by Deep Sea Power and Light (DSPL) in San Diego, Calif. On the Science Verification Expedition (SVE), they continued that legacy by manufacturing ten high-efficiency, very high-intensity LEDs light-heads, rated to 11,000 meters operational depth, that will light the seafloor around Alvin for years to come.

The reason we dive is to understand the deep ocean through exploration and research and to document what we see to support ongoing and future research,” said WHOI biologist Tim Shank. “We need reliable lighting to make that possible.”

Early video lighting systems consisted of incandescent bulbs in glass housings with their electronics in separate pressure housings to provide illumination for scientists aiming handheld camcorders out the portholes and later, for standard-definition video cameras mounted outside the sub. In the early 1990s, DSPL adapted high-intensity HMI (hydrargyrum medium-arc iodide) lights used in movie production to help James Cameron film the wreck of the Titanic using the Russian submersibles Mir I and II. Soon after, Alvin—and the remotely operated vehicle Jason—got its own set of HMI lights, which it kept through the eventual upgrade to more power-hungry high-definition cameras.

In the mid-2000s, the advent of LED lights, with more pressure-tolerant components and electronics, began to replace the more bulky and power-hungry HMI lights on deep-sea vehicles. At the same time, video technology was also advancing, with ultra-high definition 4K cameras gradually becoming the norm. Alvin got a first-generation DSPL 4K camera in 2018, followed, in the recent upgrade, by more compact UHD cameras rated for the sub’s new maximum operating depth of 6,500 meters. In addition, the Alvin got new, more efficient LED lights in titanium pressure housings, eight of which were added during the Science Verification Expedition and all of which were tested to 11,000 meters—a requirement by the Naval Sea Systems Command for every element of the sub in order to achieve certification for 6,500 meters.

“The testing we do is what’s really unique about the lights we supplied,” said Brian Braden, Sales Manager at DSPL. “We had to trace the origin of each bar of titanium used in each housing through the manufacturing process and provide everything so that WHOI doesn’t have to do any additional testing. I’m pretty proud of that.” 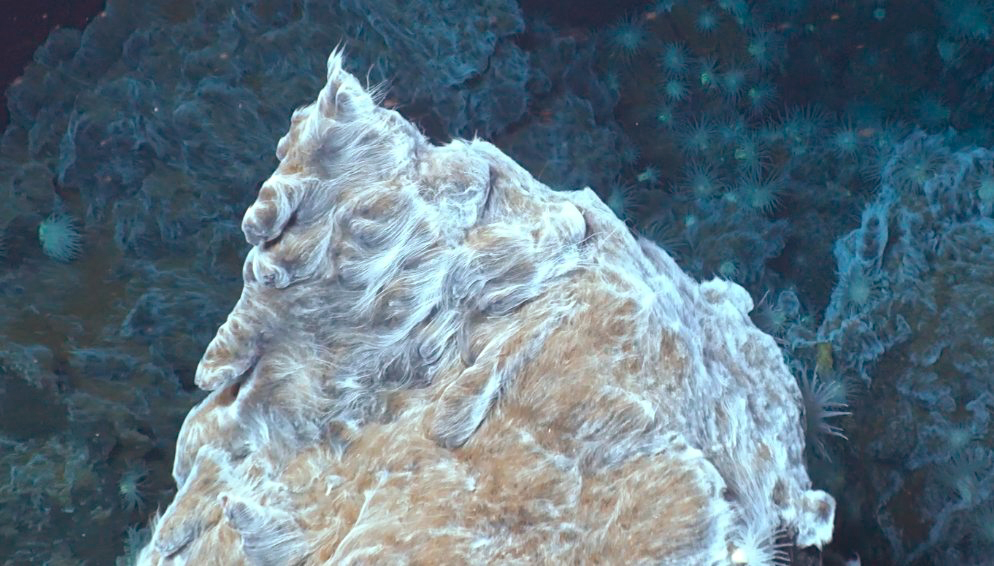 During the SVE, Shank and members of the Alvin Team mounted the first of what will eventually be ten high-intensity, high-efficiency LEDs. The new lights are a near-exact replica of the slightly bluish tint of sunlight and much brighter than the ones they replace. In addition, Shank is turning the lights as a scientific tool by performing an experiment to determine whether light from the submersible causes stress to animals at a hydrothermal vent. The real proof of their usefulness, however, will come in what they reveal as they push back the darkness of the deep.

“It’s remarkable the difference in how far we can see with the new LED lights, and for the same amount of power,” said Shank. “We really came out ahead on this. I can’t wait to see what Alvin shows us.”