On Tuesday, after four days of transiting south, the Atlantis arrived above the Puerto Rico Trench, which is 8,600 meters deep, and the place where deepest dives of this expedition will take place.

Alvin dove in the trench on Wednesday, July 13, with a goal of reaching 3,500 meters. Bruce Strickrott was pilot, Rick Sanger co-pilot, and Alvin technician Matt Skorina crew. They descended through clear Caribbean waters into what Strickrott described as one of the most dramatic landscapes on earth.

“People think the bottom of the ocean is flat and muddy, but these trenches are as deep as the Himalayas are tall,” he said. “You’re in a 23-foot-tall sub driving down a series of 100-foot ledges that continue for thousands of meters. Can you imagine standing at the bottom and looking up at that height?”

Diving on an underwater slope of this scale was an appropriate first dive for Skorina, who joined the Alvin Team this spring and previously worked as a mountain guide and in avalanche control and glacier safety—in addition to a background in electrical engineering. 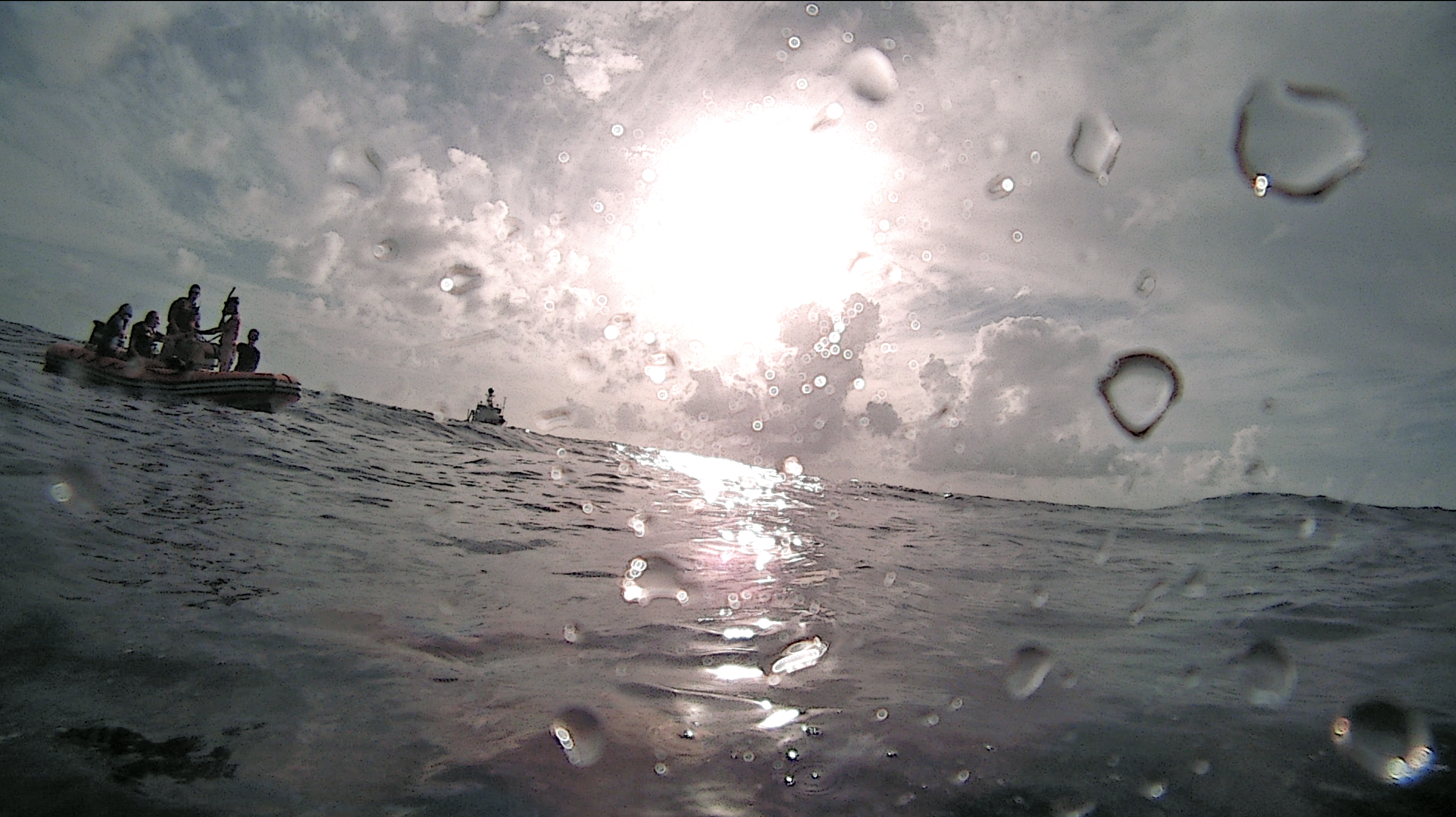 View from the pilot’s camera on Alvin at the end of Dive 5081. (Alvin Imaging System)

Before diving, Skorina anticipated how the experience might be different from his many treks above sea level.

“I’ve taken people up some big mountains and been places where humans are not evolved to survive,” he said. “But I think the deep sea is different. Getting there is a lot more technical. I am looking forward to actually being there to observe it.”

After the dive, Skorina’s first impulse was to reach for familiar analogies. “When we were coming down on the bottom approach, it was like a plane landing out of the fog: We could finally see everything take shape,” he said. “We were on a rocky slope and the sand was light colored and looked like snow.” 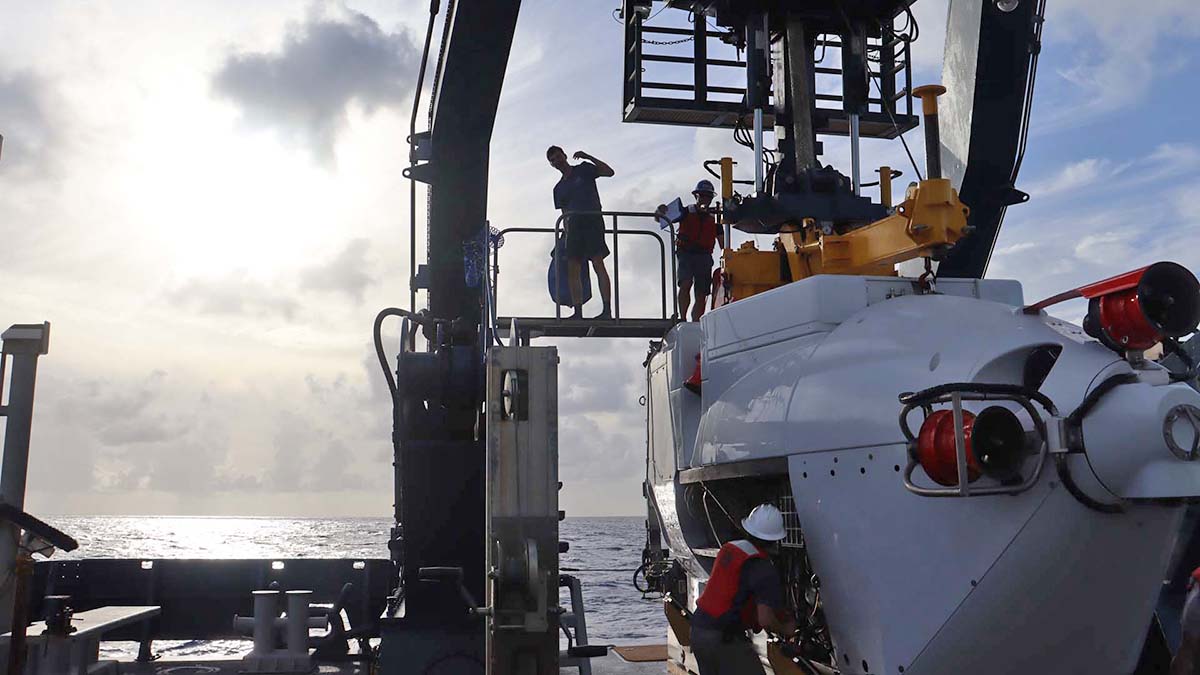 But after a day on the surface he came back to it. “At the time I was in the sphere, paying attention to systems checks, and only looking out the window from time to time. Now when I think back about where I was, it seems a lot wilder that I was actually there.”

Wild or not, Dive 5081 was a success. Alvin reached a final depth of 3,710 meters, a little beyond its stated goal. In addition to systems checks, the dive was an opportunity to use the sub’s new navigation system and to take hours of video with its upgraded imaging system. And it was also a successful dive for co-pilot Rick Sanger who drove for most of the dive.