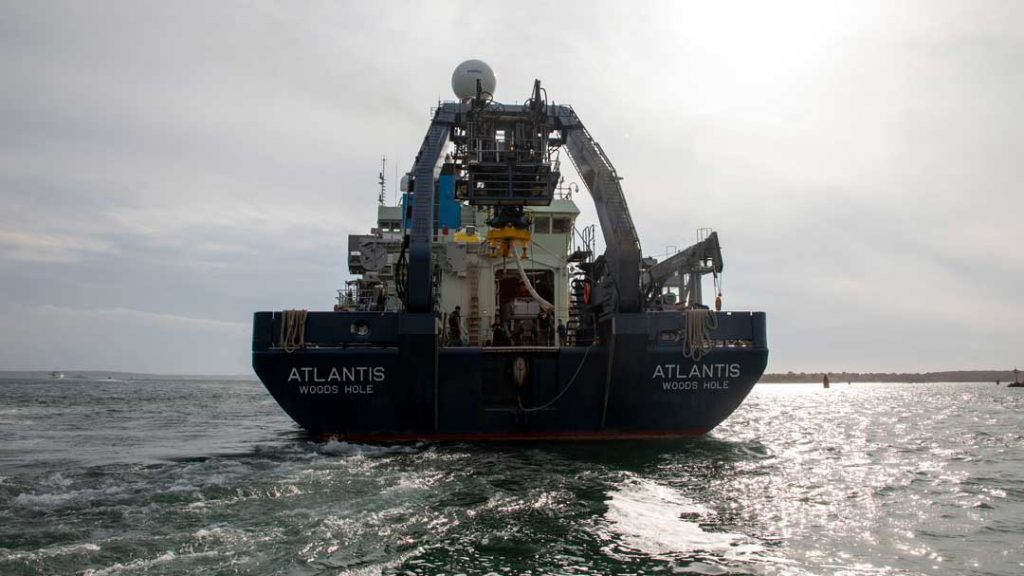 Atlantis left Woods Hole around 2:45 yesterday with a storm building across our path to Bermuda, so we’ve taken a westerly course parallel to the coast with plans to turn 90 degrees left this afternoon and make a beeline across the Gulf Stream. That should allow us to miss the worst of what was in store for us if we’d taken the direct route. Still, it was a bumpy ride overnight, with more expected throughout the day.

When we reach Bermuda, our plan is to use the harbor in St. George to complete a series of Navy-mandated tests in order to prepare Alvin for its first free dives, culminating with its first 6500-meter dive in about two weeks. Every step in the process is reviewed and approved by NAVSEA, the authority that oversees all Navy ship design, construction, upkeep, and demilitarization. As a Navy submersible, albeit one with a mission that is unique in the Navy, Alvin gets the same treatment as any other submarine or aircraft carrier.

This next stage in sea trials (Phase 2) will begin by putting the sub in the water, tethered and fully powered, to check for electrical faults. The pilot and crew will also test Alvin’s new variable ballast system—one of the major changes of this upgrade—and the limits of its ability to trim the sub’s orientation in the water. The following day will include a series of incline and stability tests to find the Alvin’s center of gravity and center of buoyancy and to calculate its metacenter, a theoretical point that defines the stability of a floating object. With its stability verified and its electrical and trim systems checked out, we’ll be able to conclude Phase 2 with an untethered harbor dive (or two) and then move to Phase 3, the sub’s first open-water dives in more than a year and a half.

But first, we need to make it past this little hiccup in the weather that serves as a reminder that almost no plan survives past the first day at sea. 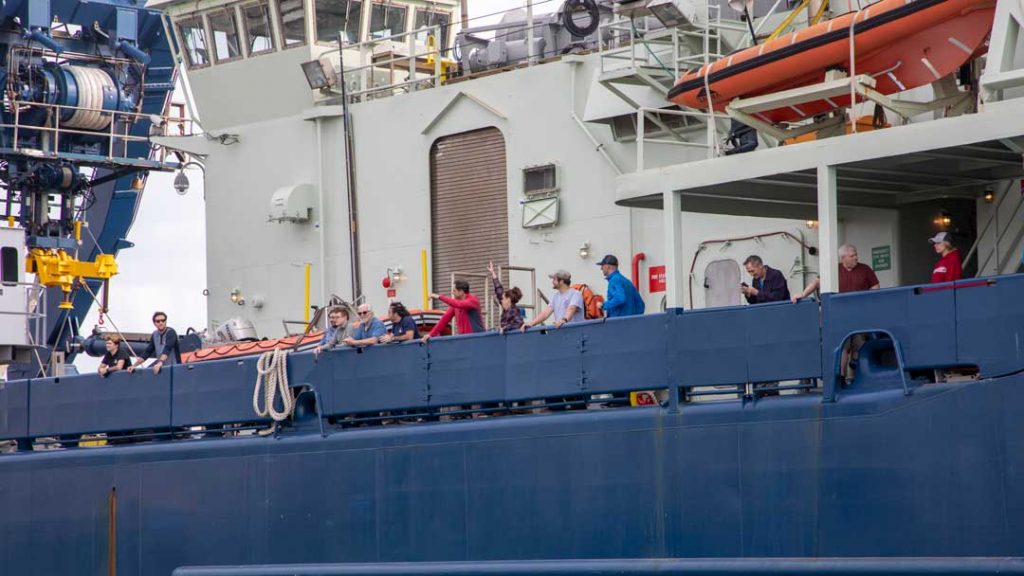 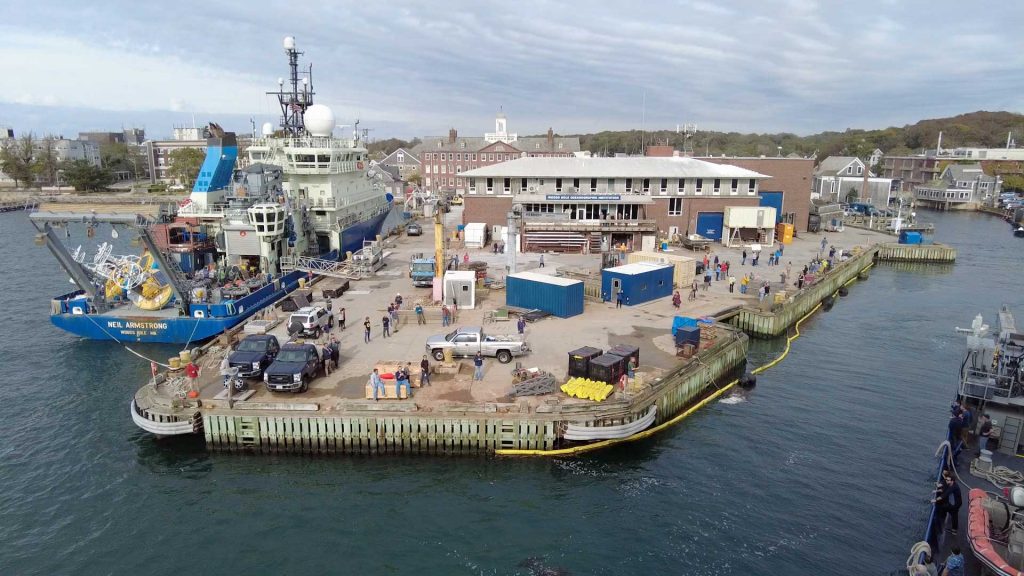 The view from Atlantis back to the WHOI dock with Neil Armstrong preparing to leave for one of its twice-annual visits to the Ocean Observatories Initiative Pioneer Array 100 miles south of Martha’s Vineyard. 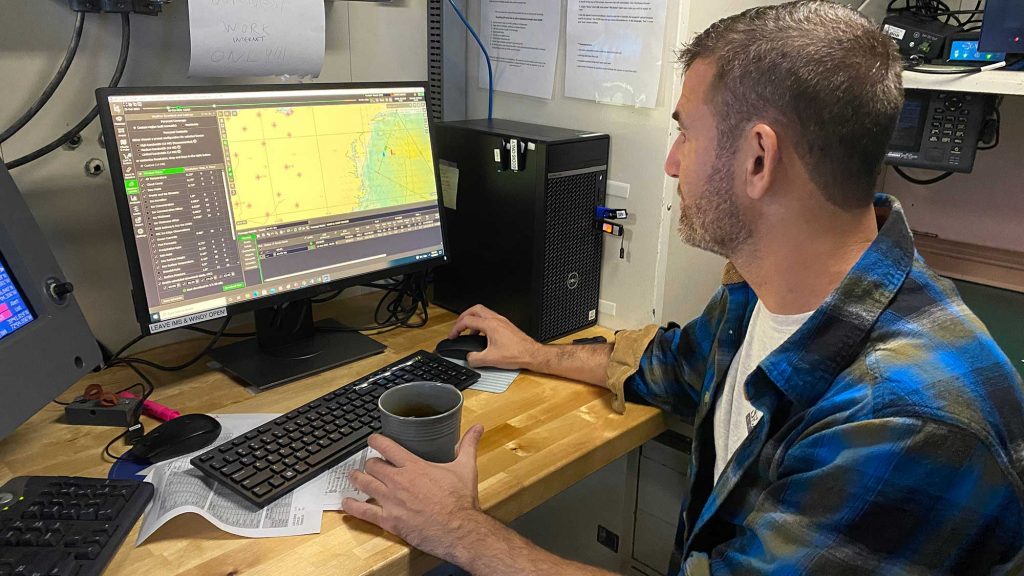 Derek Bergeron, captain of Atlantis plots a course around the worst of a low-pressure system between Woods Hole and Bermuda.