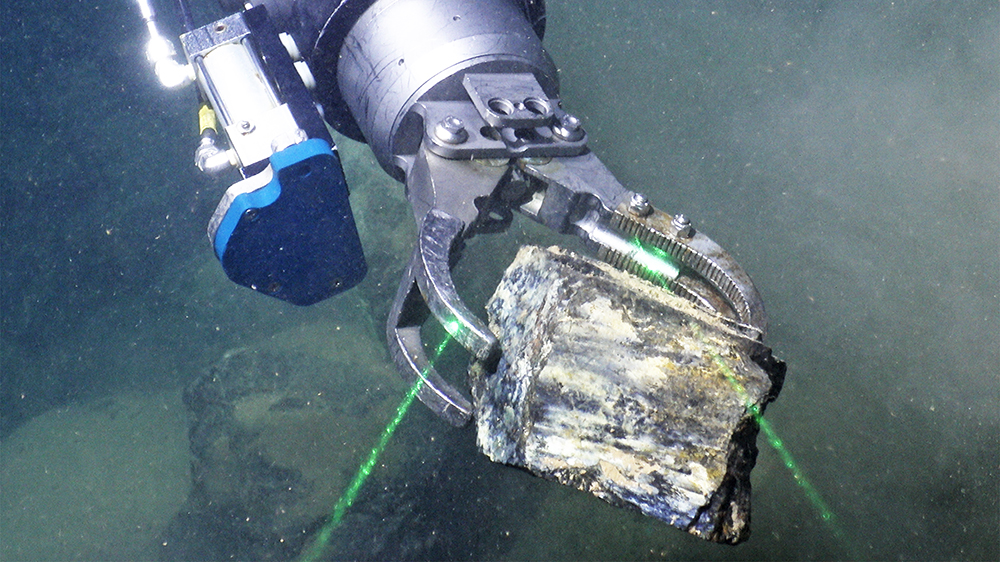 The view out of Alvin’s port-side window, at 5300 meters depth in the south-central Mid-Cayman Trough, reveals a pockmarked tan surface, like toasted bread. It’s mesmerizing—small, tessellated mounds, extending to the horizon. But it’s not quite what we came for: The plan was to collect fresh basaltic rocks—ideally rocks with glassy rinds and bulbous outer shells—and after an hour on the seafloor, we’ve seen nothing but sediment.

Two days ago, I sat down with Jason Almeida, a Master’s-degree student at the University of Rhode Island, to devise our plan for Alvin dive #5094. Our target was the axial volcanic ridge at the very center of the Mid-Cayman Trough, where new seafloor is formed. The textbook version of this process is clear: Magma emerges from cracks between the unfolding oceanic crust and molten rock spills out, solidifying quickly after being cooled by the surrounding seawater. Over the next couple hundred million years, a new patch of seafloor is pulled outward, across ocean basins, until it dives beneath a different tectonic plate at a subduction zone and melts back to magma.

The rates of this geologic treadmill vary widely—it’s typically a few centimeters per year but can reach 15 cm at places like the East Pacific Rise. The Mid-Cayman spreading center is a geologic tortoise, moving just 1.5 centimeters each year.

Almeida and I wanted to catch this process of seafloor formation in the act, or at least capture the immediate aftermath. We wanted to collect newly erupted rocks with glassy surfaces that could tell us about how and when they formed. But first we’d have to find them. Guided by University of Hawaii Professor Ken Rubin, we spun 3-D models around on a computer screen, imagining steep cliffs and a seafloor paved with new rock. The bathymetric data was sparse, but it felt like a good bet.

But now, with our dive time ticking by, we had yet to see a single rock. We adapted by shifting course. Rather than flying up the spine of the ridge, we oriented toward the steepest area on the map; we figured a zone too steep for sediment to gain purchase would be our best shot at finding rocks. Veteran pilot Bob Waters turned the sub toward the north, and Almeida peered hopefully out the window, willing the rocks to appear.

During our eight-hour dive, I learn about Almeida’s unorthodox path to grad school. After college, he worked for several years in a family business, selling bumper boats to amusement parks. They were little 12-volt numbers, available in all the colors of the rainbow for a retail price of $1,200. Each year, he would set up a booth at the International Association of Amusement Parks and Attractions conference in Orlando and pitch his wares.

It was fun, but the work wasn’t a passion. During long hours in the office, fulfilling bumper boat orders, he found himself remembering childhood hikes, when big questions flowed like water.

“I’d always wonder, how did that mountain form? How did this tree get here?” he recalls.

A college class on volcanoes had sparked similar curiosity, and he came to realize that, “Pretty much everything I was interested in related to volcanoes in one way or another.” He took the leap and enrolled in graduate school. Just nine months later, Almeida is on the seafloor, tracking down the volcanoes at the root of many of Earth’s foundational processes.

“There!” he exclaims, “just ahead and to the right.”

He strains to see a towering rock cliff, which resolves into a wall of basalt as the sub approaches. Waters toggles Alvin’s robotic arm to pluck several rocks from the wall, securing them in the sample crates. Hugging the contour, we find that the cliff extends along the edge of ridge, offering rare access to Mid-Cayman’s central ridge. 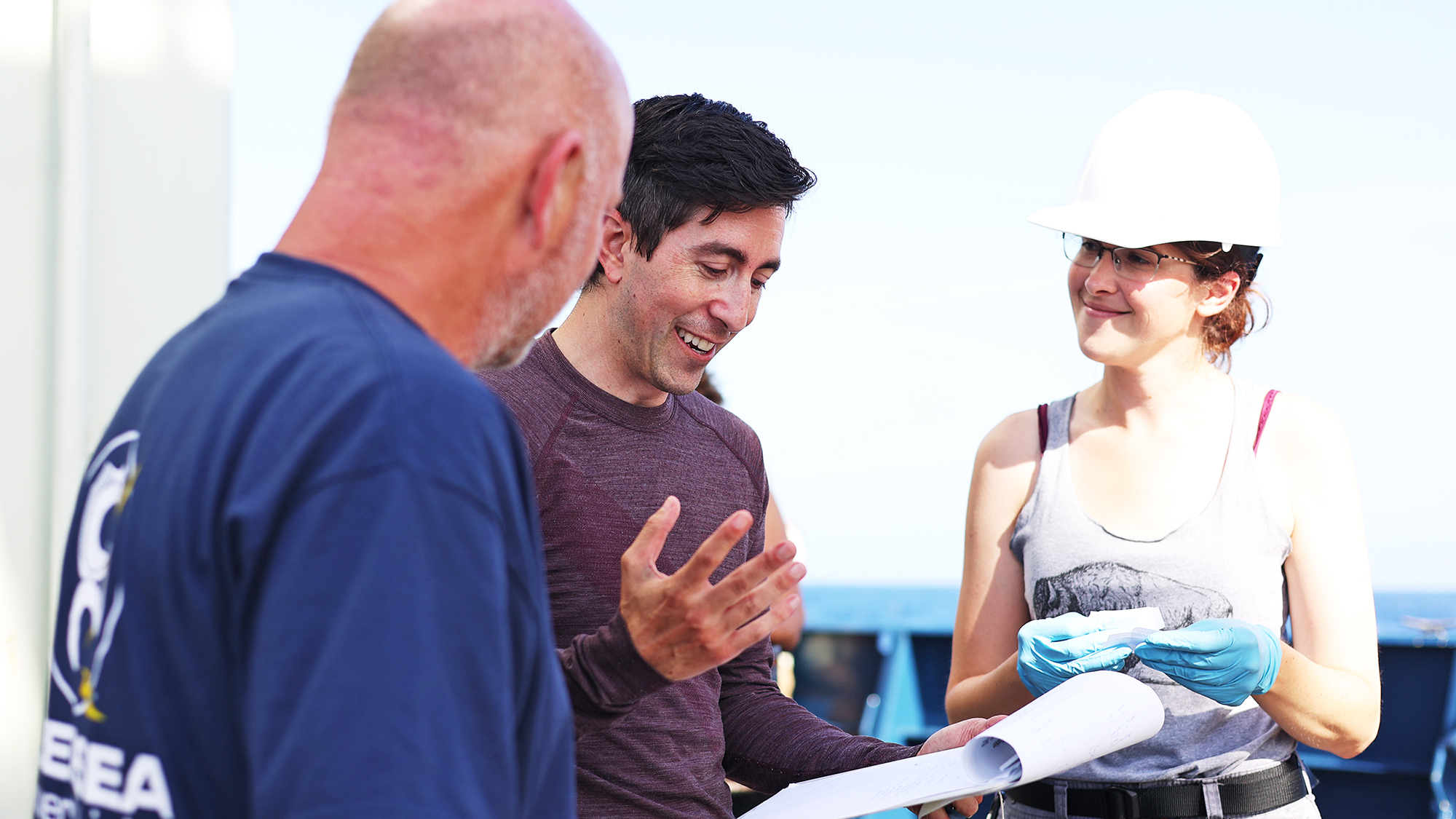 Jeff Marlow shares some of the findings from his dive with Tim Shank and Mackenzie Gerringer. (Photo by Marley Parker, ©Woods Hole Oceanographic Institution)

That evening, in the ship’s main lab, Rubin peers through a magnifying glass at pyroxene minerals with reaction rim “halos”—evidence that the rocks have been subjected to immense pressures that reconfigured their composition.

In other words, the ridge wasn’t as geologically recent as we had thought, a revelation that raises all kinds of new questions about how ultra-slow spreading centers function.

For his part, Almeida hopes to help disentangle the mystery.

“It was amazing to see how different things are on the seafloor, compared with what we thought this area would look like,” he says. “It was a great dive, and hopefully not my last. I feel like we’ve got unfinished business to figure out what’s really happening down there.”