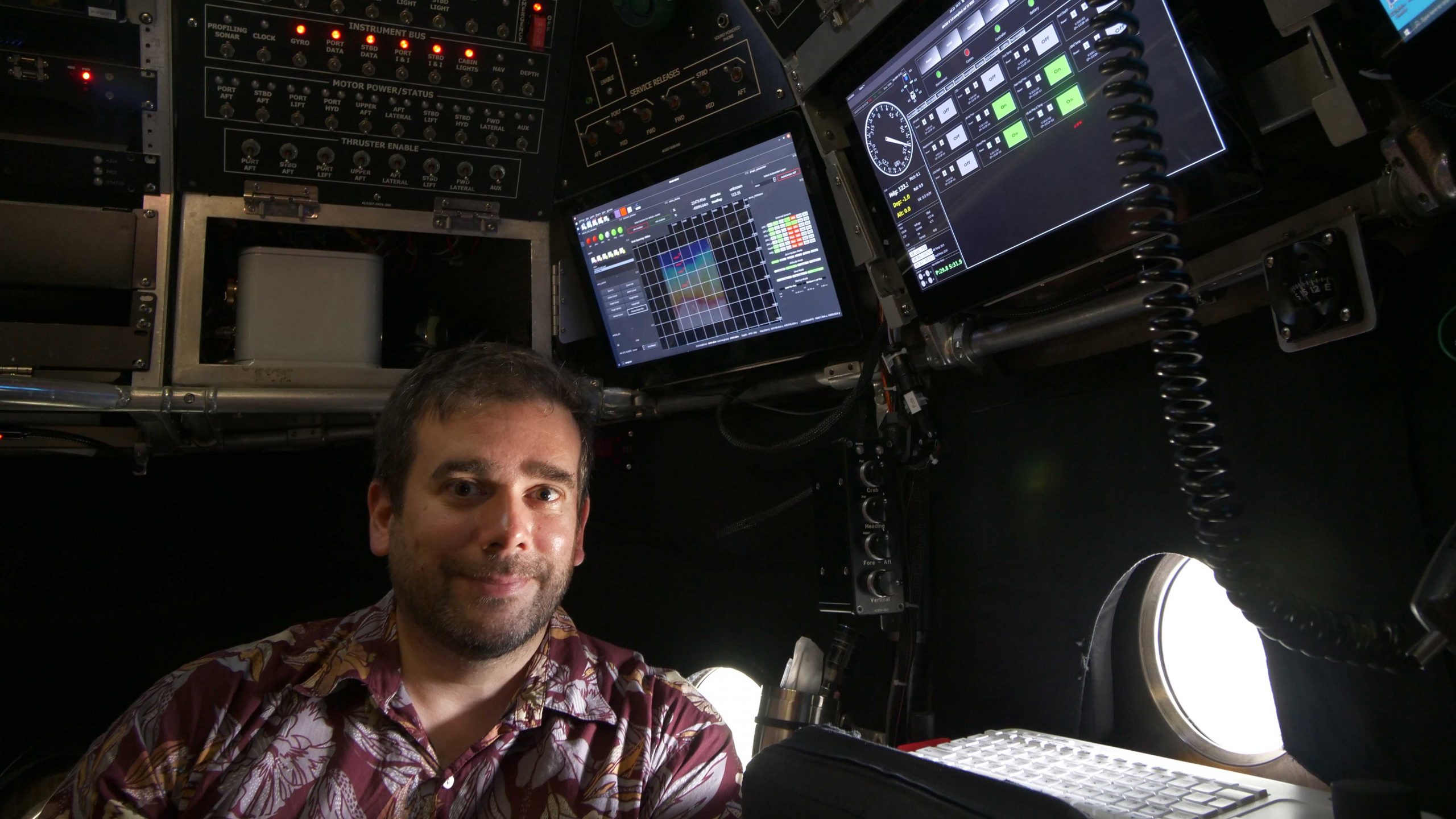 Segal’s Law states (albeit ironically) that someone with one watch will always know what time it is, but someone with two watches is never sure. There’s a deeper truth to that adage that Stefano Suman is here to explore.

In reality, the person with one watch will think they know what time it is because they have no other information to contradict their one data point. Whereas the person with two watches will have a higher degree of certainty if both show the same time, but will also know that one or both is wrong if they show different times. Suman is here, in a sense, to give Alvin pilots more than one watch—and to improve their primary watch, but he’s applying that logic to the sub’s navigation system.

Alvin pilots need to know where the sub is at all times, both for the sake of safety and to decide how to be as efficient as possible with the relatively short time scientists have on the seafloor. Location and mission planning is simple enough at the surface—GPS and wayfinding apps have become a part of everyday life. But things change as soon as there are even a few inches of water overhead because seawater absorbs electromagnetic radiation, including radio waves.

Instead, Alvin relies on a combination of information from the ship’s ultra-short baseline (USBL) system transmitted to it through the water acoustically and a dead reckoning fix determined using data from various sensors on the sub to provide the pilot with a location on the seafloor. There are, however, errors associated with both methods—errors that increase the deeper the sub dives and the longer a mission progresses. 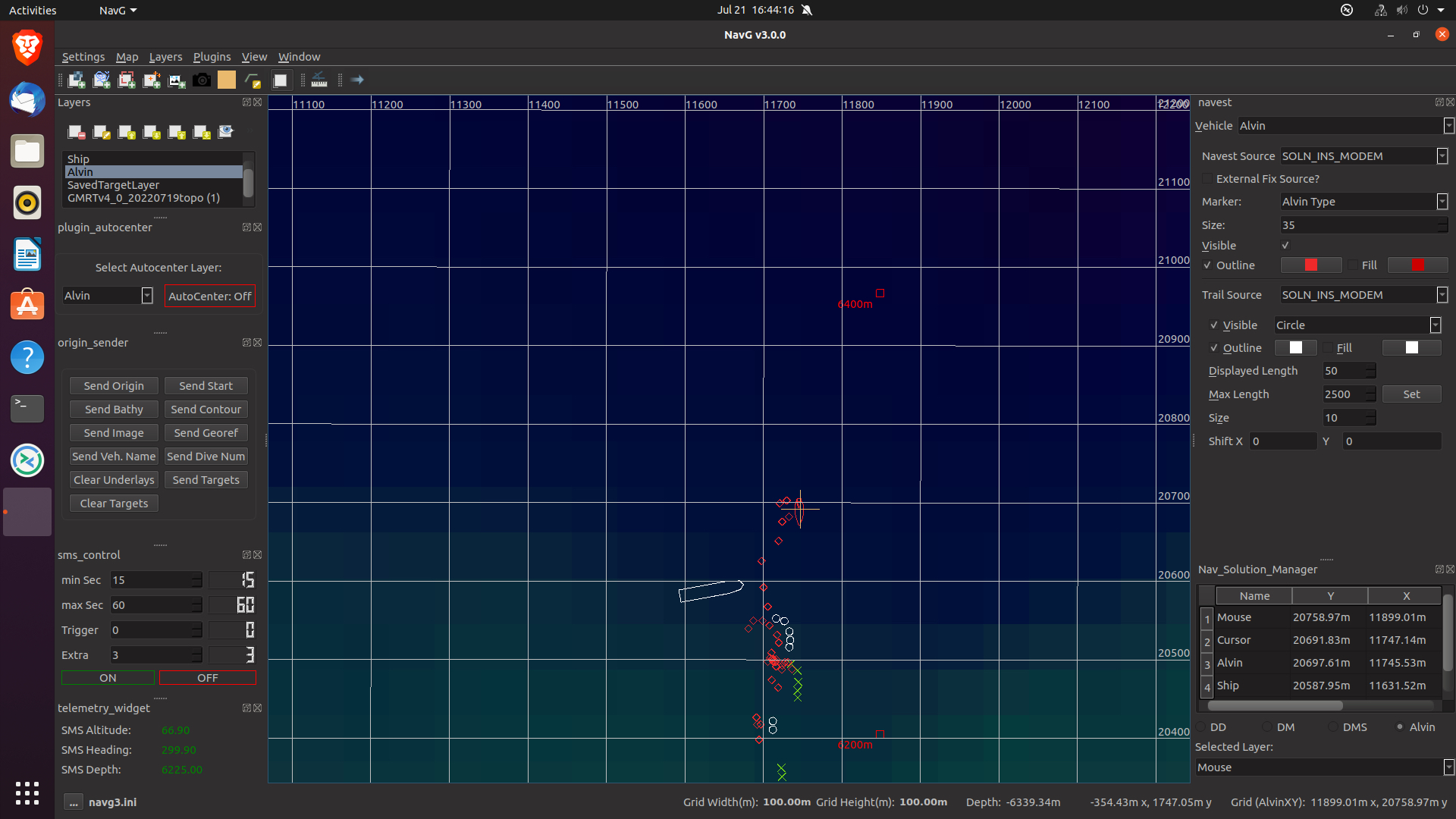 Suman’s goal is to add a new, more accurate aided inertial navigation system (aided INS) to the mix. This system starts with a GPS fix from the ship before launch continues to track the sub’s movement throughout the dive, incorporating in real-time information from USBL tracking system, Doppler velocity log, depth, and sound velocity measurements when those data are available and considered valid. But because one system could always be wrong without anything to corroborate it, he’s choosing to display the INS location along with the locations established by USBL and dead reckoning. “INS is definitely the preferred clock in this case,” said Suman. “But all should be close to one another. If not, something is wrong.”

Allisa Dalpe joined Suman on sea trials to help integrate the INS information into Alvin’s navigation system, and also to gain insight into the particular demands of software design for human-occupied vehicles. Previously, most of her work has been on autonomous underwater vehicles (AUVs), which also need to know where they are in order to complete their mission, but to a different level of specificity. She completed her PhD at the University of New Hampshire in 2021 on autonomous decision-making, mission-planning, and obstacle avoidance, and has already accompanied Nereid Under Ice to sea on R/V Nautilus funded by the NOAA Ocean Exploration Cooperative Institute (OECI). After this trip, she will head home to being working with the Sentry Team and will be back on Atlantis in September when that vehicle joins an Alvin mission in the Gulf of Mexico. 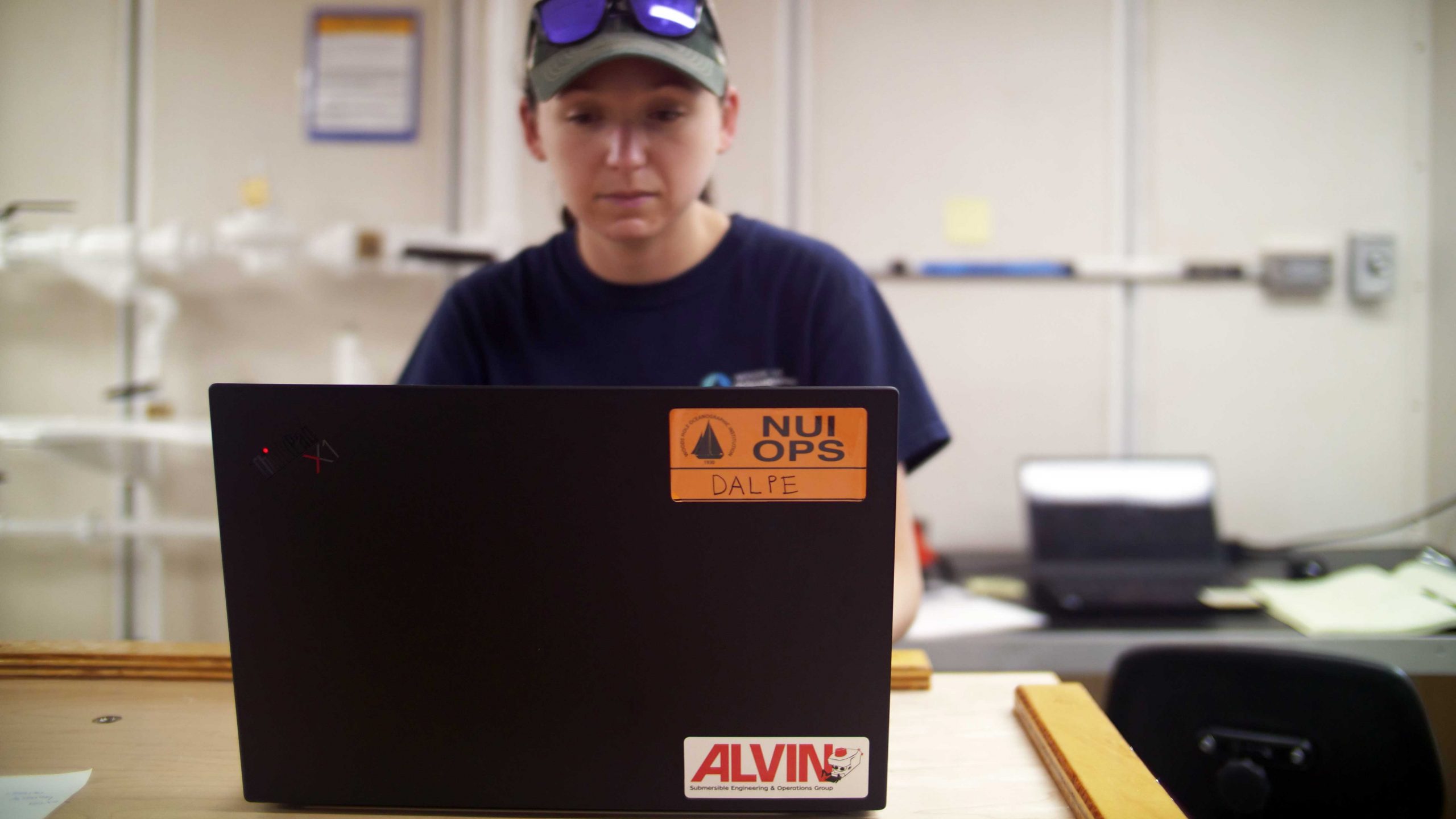 “All the vehicles use the same basic code, but each one has their own “flavor”,” she said. “Alvin pilots need more information. Giving them better situational awareness will make them more efficient.”

While she was on the OECI trip, Dalpe also helped refine an acoustic micro-modem used to send large amounts of data from a submerged vehicle to the surface. In addition to helping improve Alvin’s navigation system, mounting one on the sub could eventually allow still images from the dive to be sent up so that more than the two scientists in the personnel sphere can help with decision-making.

Although all of these things are outside the scope of certification, they add up to improvements in the sub that will eventually make it a more capable, inclusive, and reliable tool for studying the deep ocean.