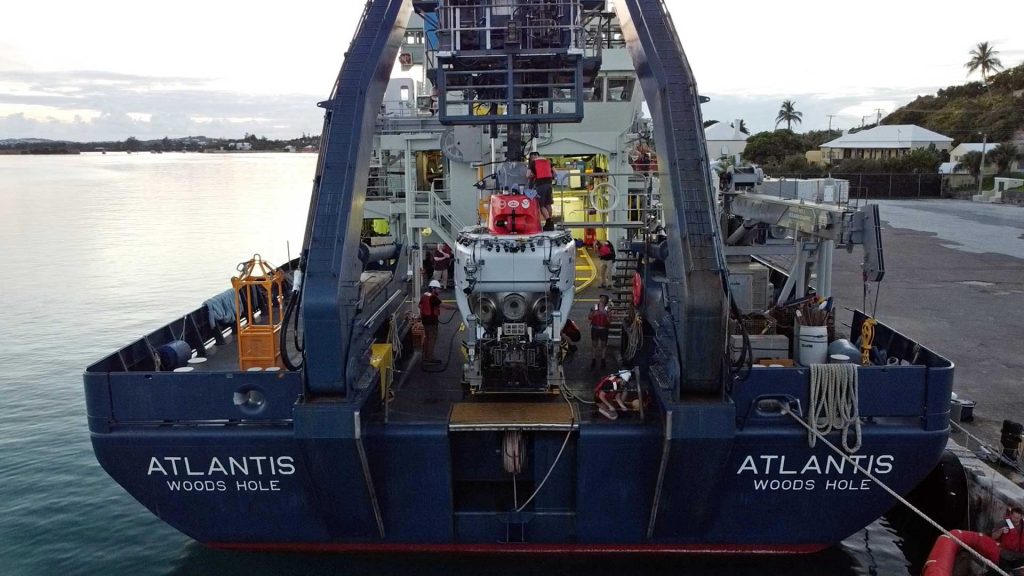 Alvin on the stern of Atlantis during dock tests in Bermuda. (Photo by Troy Pew, ©Woods Hole Oceanographic Institution) 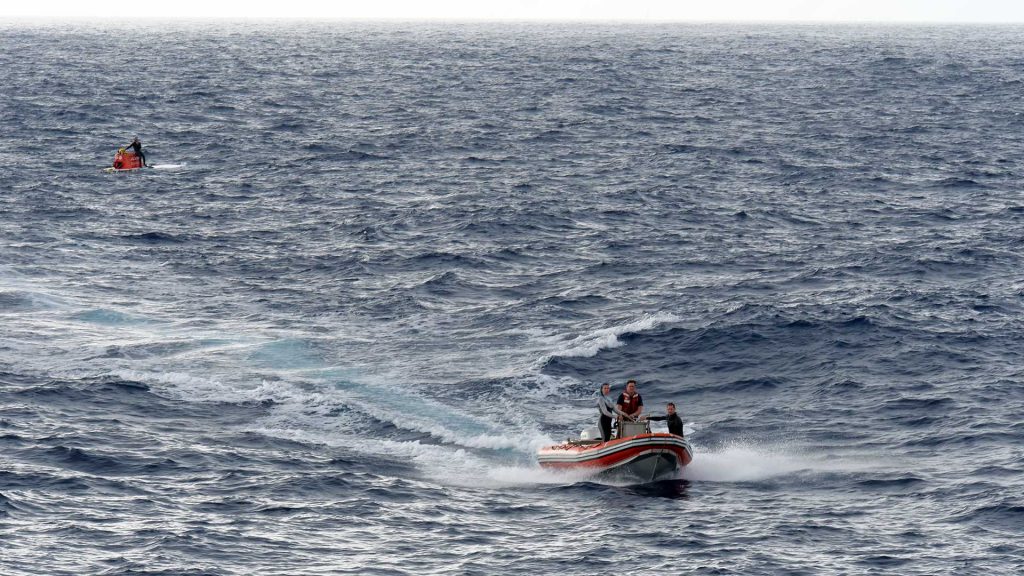 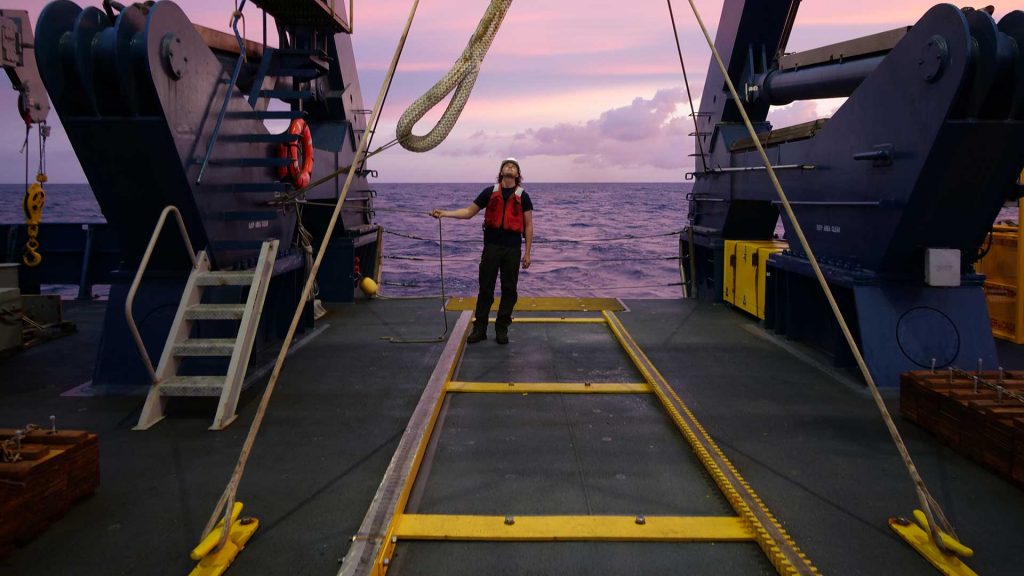 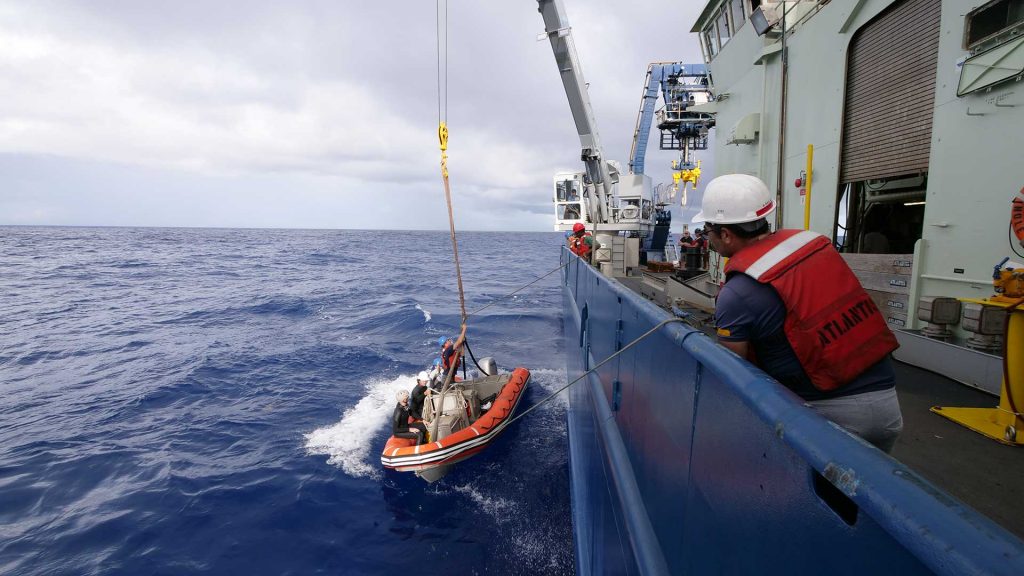 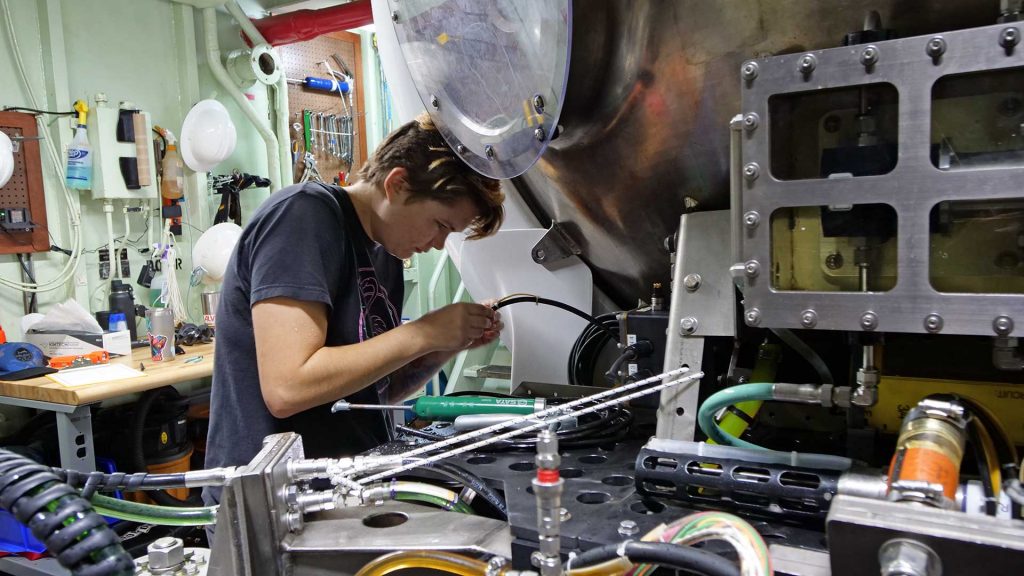 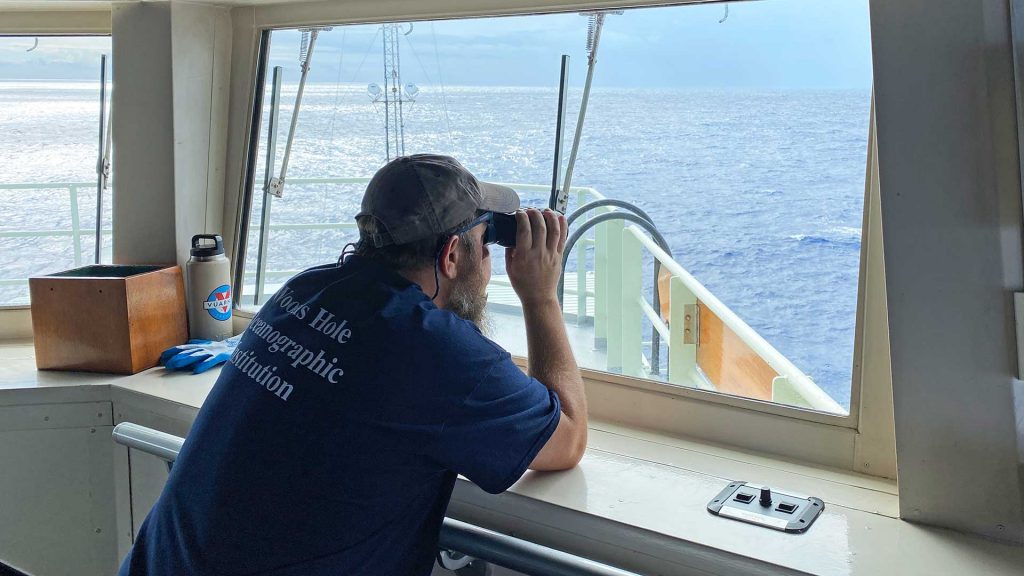 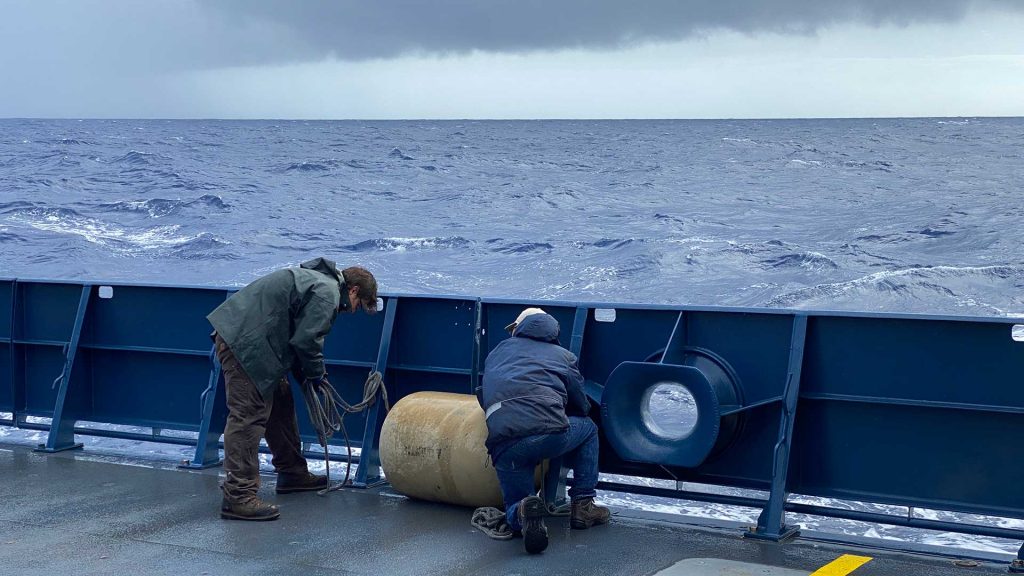 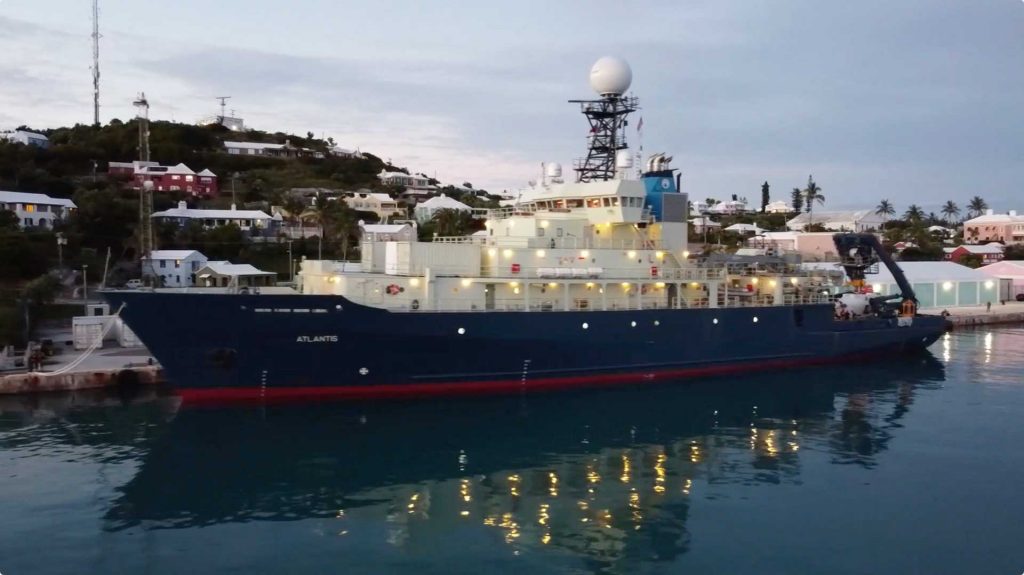 We spent a rainy weekend tied up to the pier in Bermuda tending to some maintenance issues on the sub and ship. This morning (Monday), as we were departing between rain squalls, we got the word that today’s dive would be scrubbed. The rainy, windy conditions we’d been experiencing the past couple of days are apparently just the start of deteriorating weather over the day and into tomorrow, so what were already marginal conditions would only get worse.

It’s disappointing, especially after the sub, Alvin team, and ship’s crew performed so well on Friday. After a delayed start to the dive, Alvin dropped to 500 meters with Danik Forsman in the pilot seat, who spent the next four hours navigating along the sloping seafloor down to 1500 meters. Then, with the clock ticking on our arrival time to pick up the pilot into St. George’s Harbor, we made a near-flawless recovery and arrived at the sea buoy right on time.

The downtime in Bermuda allowed everyone to focus on little things. But those items tagged as “nice-to-haves” at this stage of the game, like preparing the 4K cameras and fine-tuning the sub’s navigation system, will be important later when a science team comes on board and wants to see not just a functioning submersible, but one that will allow them to focus on their research.

And now it appears we’ll have a little more time to finish off some of those tasks. Instead of waiting for the weather to clear, we’ve decided to begin our transit toward Puerto Rico and look for progressively deeper sites along the way, with our first good prospect coming on Thursday. At this point, it’s all about making the most of our remaining time out here. We know we need to be in San Juan the morning of November 18, to pick up the team on the science verification expedition, and that we need to progress in a stepwise fashion to our eventual certification dive, which has to be at least 6200 meters with one of our NAVSEA representatives in an observer seat.

True-to-form, however, the ocean is not letting even that simple scenario play out unimpeded, as we are currently working our way through 15-20 foot seas and 30-plus knot winds. Thankfully, the forecast is for smoother sailing in coming days.