Yesterday’s Alvin dive landed on the seafloor around 5670 meters and, after the crew inside completed their checks, picked up and drove north down the sloping seafloor of the Puerto Rico Trench until they eventually settled at 6453 meters—a little over four miles deep. The NAVSEA-mandated depth to achieve certification is below 6200 meters, but not a hair over 6500, so Alvin was comfortably within that range.

There was a larger than normal crowd inside the cramped Top Lab just aft of the ship’s bridge where the Surface Controller monitors a dive. One might think that, when the sub touched down and pilot Anthony Tarantino called back his depth, there would be cheering and celebration for having met such a major milestone nearly 30 years in the making, but there was none. In fact, it was extremely subdued. That’s because when the sub is in the water it still needs to come home with its cargo of three people, so the dive was only half over at that point. 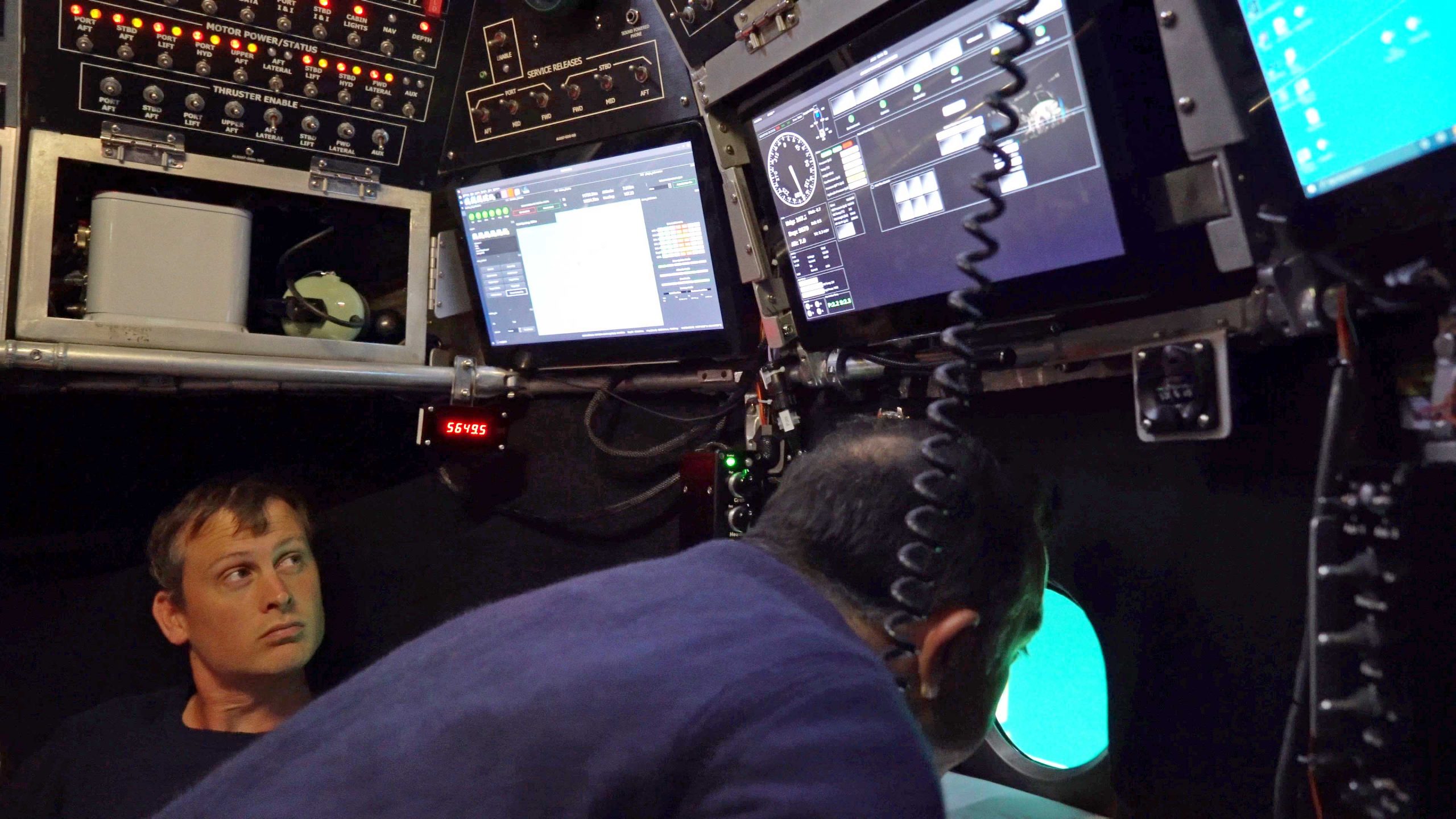 In addition, there was a problem to troubleshoot: Tarantino noticed that one of the depth gauges failed to update at its programmed interval. There are several on the sub, so there was no concern that they’d overshoot and dive too deep, but anomalies are never appreciated at depth. Rick Sanger came up to the lab and walked through some troubleshooting steps (his specialty) and helped determine that information had stopped flowing from one of Alvin’s two data bottles—titanium housings that hold controllers for some of the sensors attached to the sub, including the depth gauge in question.

They were able to confirm that the loss of communications was not because the bottle had a leak, so there was no need to end the dive and come home right away. Still, it underscored the point that celebrations could come later; there was still a job to do, one that involved the continued safety of three shipmates.

Even confirmation of their final, depth came as almost an oversight. While conversations were swirling around the room, Surface Controller Bruce Strickrott broadcast a Morse code D—a shorthand request for the sub’s depth—to which Tarantino replied with a brief “six four five three.” Strickrott sent a Morse R for Roger, and that ended the exchange. 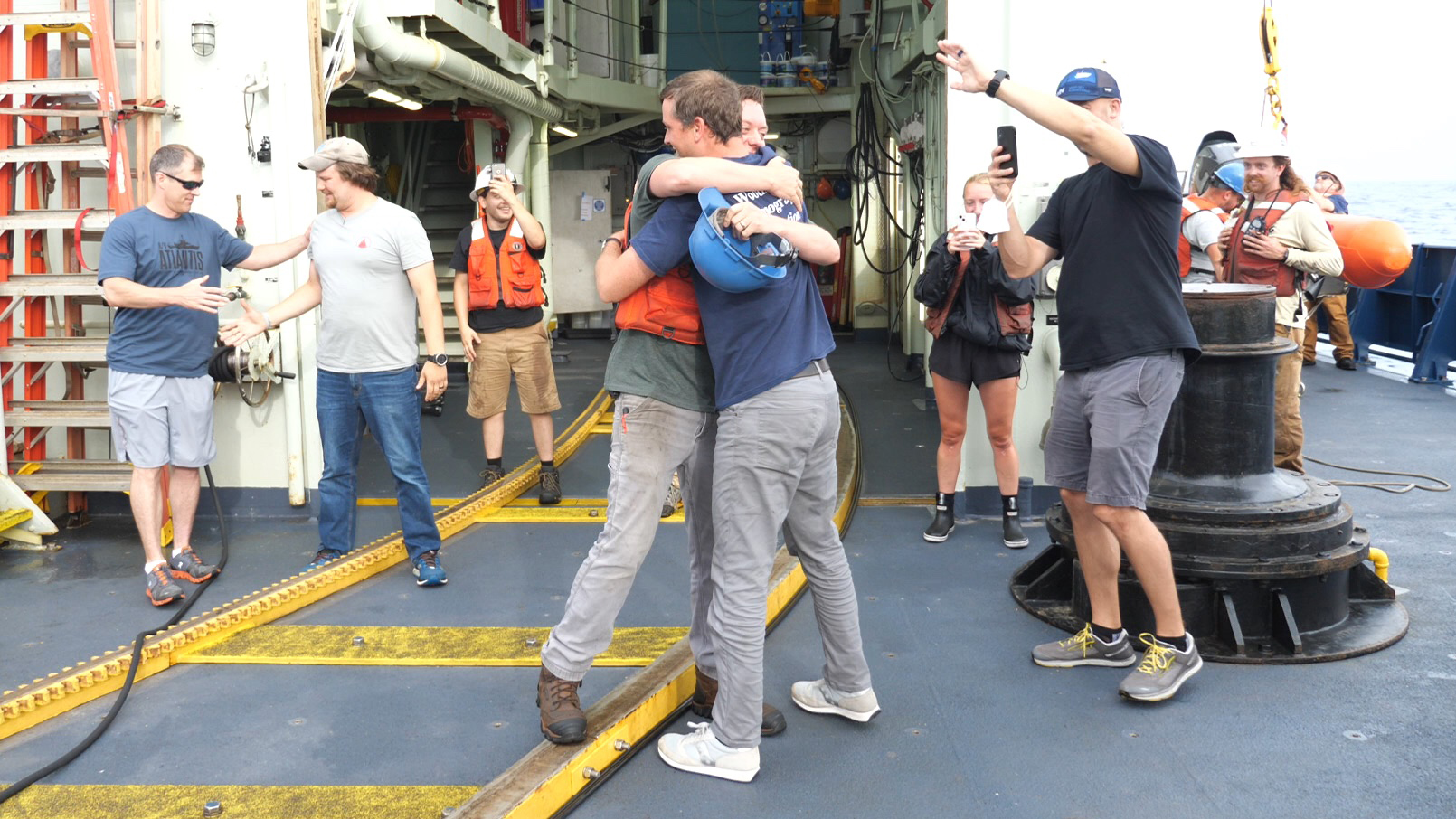 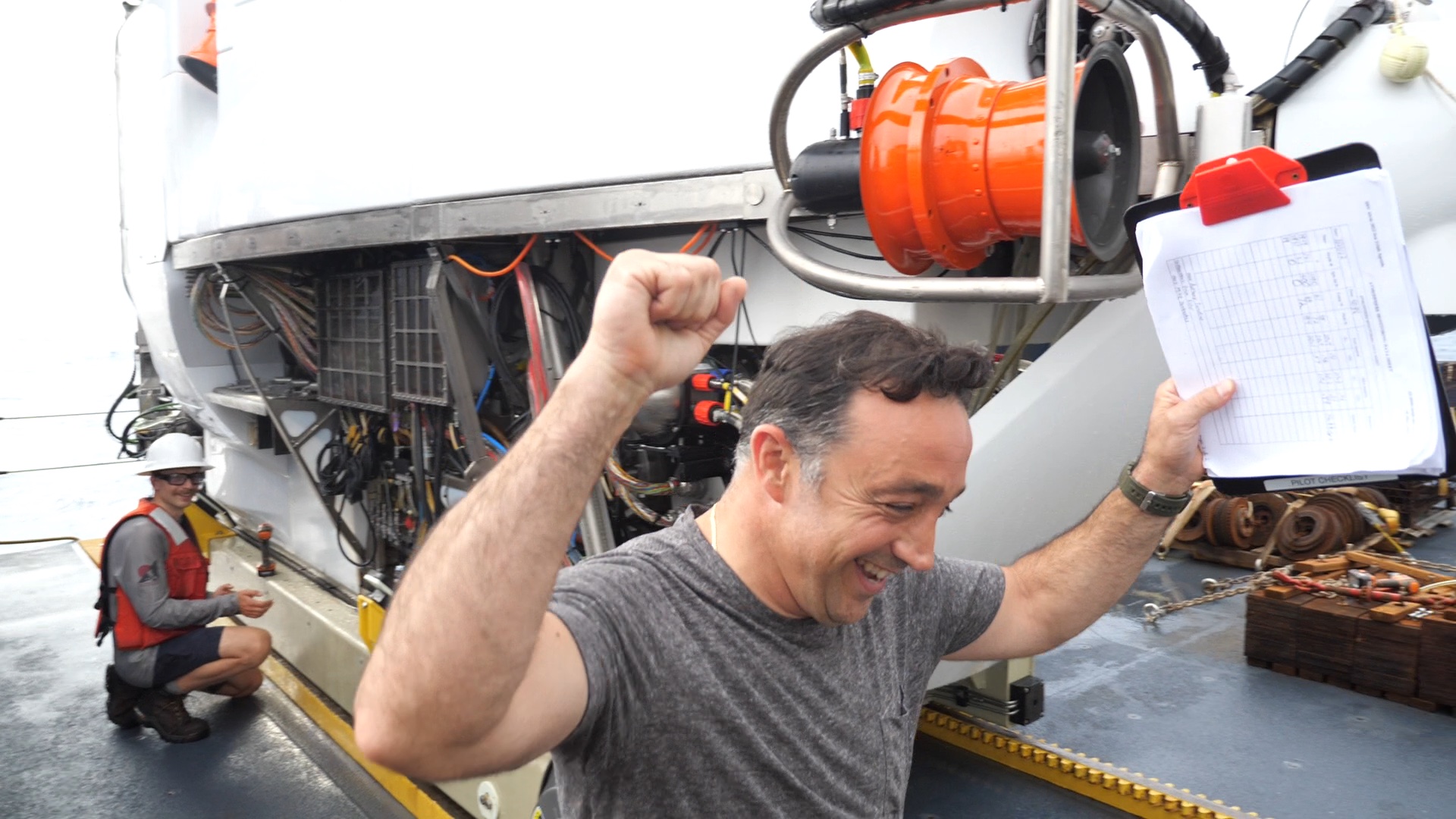 At the end of the day, of course, they did come back. And when Tarantino, Alvin engineer Fran Elder, and NAVSEA certification authority Mike Yankaskas exited the sub, it was to the sound of the theme from "Rocky." There were handshakes and hugs and a photo with everyone on the ship who could be mustered on short notice. Then, after a quick dinner, Elder slipped away to examine the sub, Tarantino turned to debriefing the dive, and Yankaskas had reports to write. Just like that, it was another evening of sea trials with another dive on the next day’s schedule.

But on the white board in the ship’s mess, below the dive roster, were three short, hastily scrawled words: “We did it!”