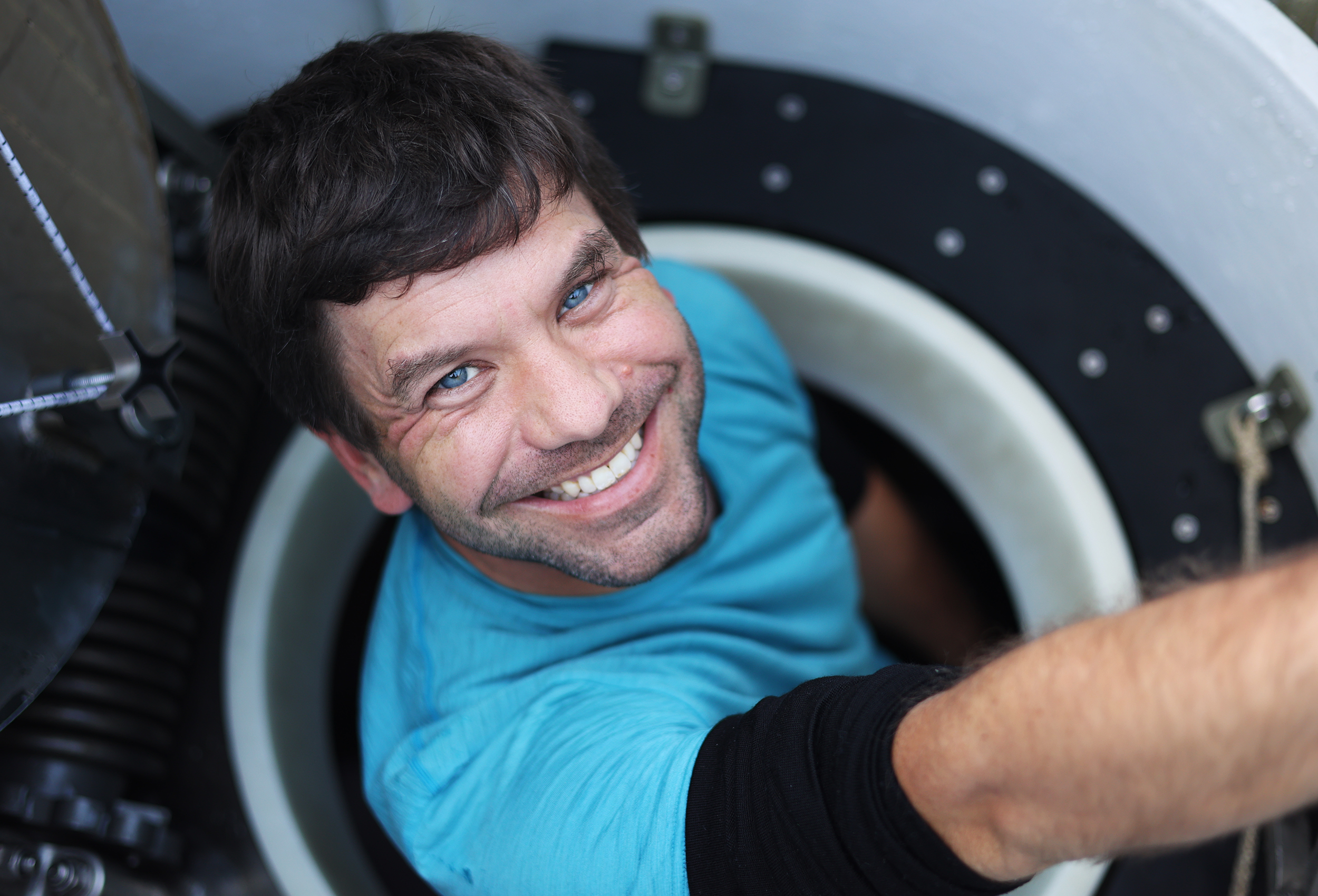 Andy Klesh smiles as he climbs out of Alvin after a successful dive on August 13, 2022. Photo by Marley Parker © Woods Hole Oceanographic Institution

In the darkness, with all external lights extinguished, pale spots shine, tiny specks in the black. Oddly enough for a NASA engineer, these aren’t stars or planets, but phosphorescent creatures, beacons of light and life in the deep blue sea. It’s been an exciting, spectacular, and strangely calm day as we—a crew of three onboard HOV Alvin—reflect on our dive and ascend from a depth of 2,400 meters.

At NASA’s Jet Propulsion Laboratory, I lead teams to explore extreme environments. From the MarCO mission that in 2018 sent the smallest-ever interplanetary spacecraft to flyby Mars in support of the InSight Mars lander, to BRUIE—a possible precursor to a future Europa explorer—which buoyantly floats to “drive” on the underside of ice sheets. Our teams have backpacked ROVs onto glaciers to dive into moulins, and deployed novel seismic networks to image the subsurface interior of active volcanoes.

The goal is scientific exploration of environments that seem impossible to reach, with quick-turnaround, low-cost explorers. We balance high-risk and low-cost with extremely focused objectives, and—like WHOI—rely on rapid iteration to build a novel explorer.

Now, with Alvin passing certification to explore 6500 meters beneath the ocean’s surface, we are partnering with WHOI to trade lessons, collaborate on developments, and explore Ocean Worlds—both here on Earth and beyond.

Interplanetary spacecraft rely on radio ranging for navigation, communicating over slow, latent links, and are designed to protect internal electronics from the harsh and dangerous exposure of the external environment. Once they launch, engineers and scientists rely on ingenuity, systematic troubleshooting, and a deep understanding of spacecraft systems to fix problems. You can’t reach out and unplug or reset the vehicle when there is an issue.

In the ocean, the challenges are remarkably similar—science-driven missions, harsh environments, and closely related methods for communication and navigation. But here, vehicles are retrievable and designed for rapid-turnaround. HOV Alvin dives every day. 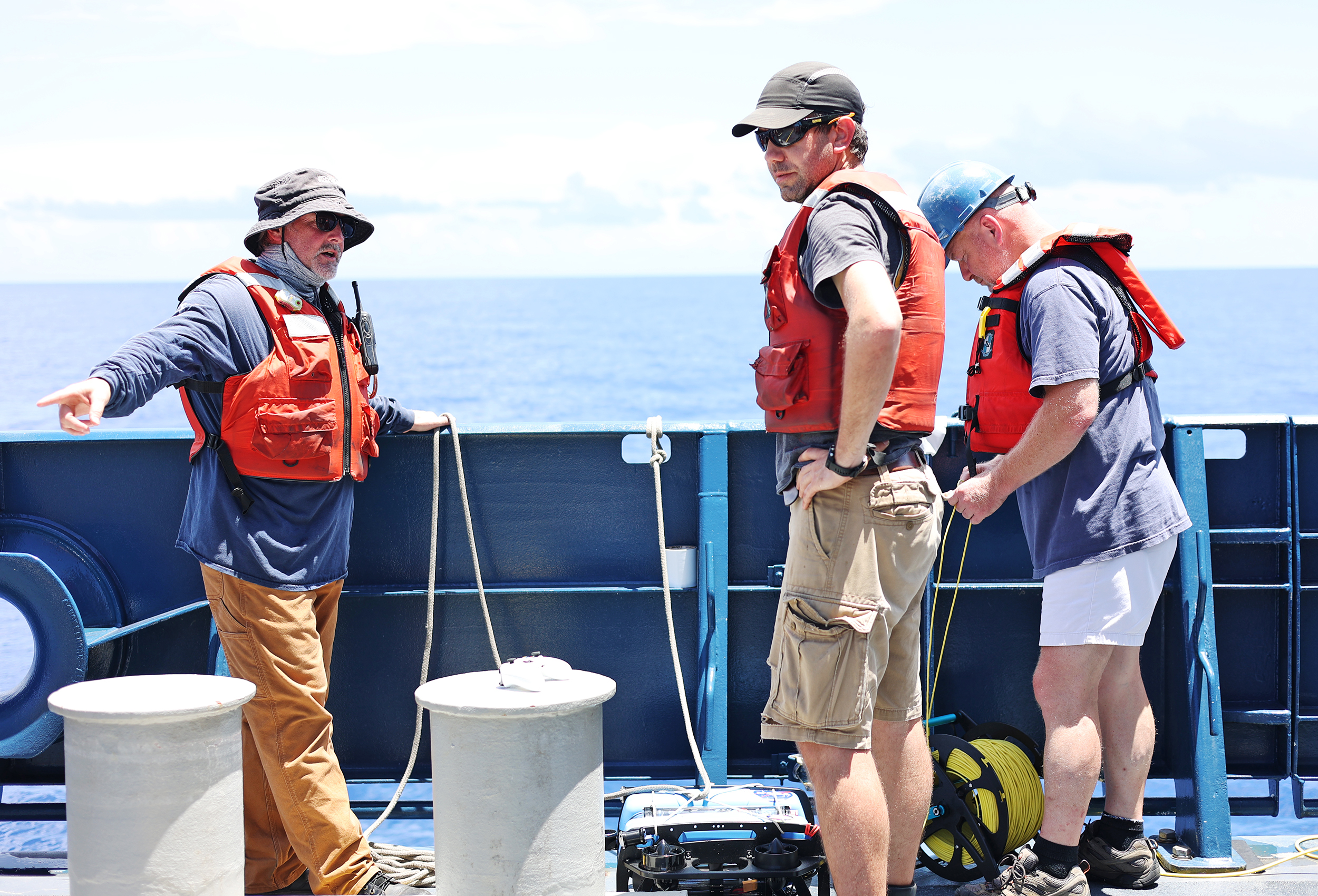 Andy Klesh coordinates with Edward Popowitz, the bosun, before deploying a small ROV from the aft deck of R/V Atlantis on August 14, 2022. Photo by Marley Parker © Woods Hole Oceanographic Institution

Together, JPL and WHOI engineers and scientists have developed the Orpheus-class explorer, an AUV one eighth the size of a usual robotic explorer of the deep. When an expedition in 2019 had a robotic vehicle trapped 4000-meters under the sea ice, the combined team made use of onboard resources (including significant amounts of zip ties and electrical tape) to cobble together SpongeBob SpareParts to attempt a rescue. That effort led to an even smaller full-ocean depth vehicle (appropriately nicknamed MiniSub), small enough to ride along with Alvin. 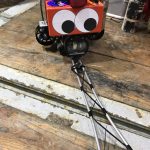 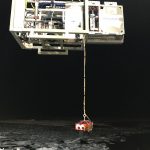 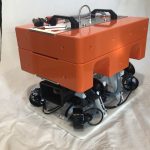 As part of this Science Verification Expedition, our teams have been discussing how small vehicles like MiniSub and Orpheus might augment crewed exploration with Alvin, expanding reach, providing an external flyable eye, or allowing exploration into more challenging and fascinating areas, such as within black-smoker forests or down within the seeps themselves. Augmenting human exploration with robotic tools has long been an interest of human spaceflight as well.

The ocean has long fascinated humanity. Wherever we find water on Earth, we tend to find life. Alvin is now bringing crews of scientists to areas of the ocean still poorly explored, even as NASA aims to explore Ocean Worlds beyond our own. Exploring the unknown requires creativity, daring, and determination. Now, space and ocean explorers are learning from each other to advance the exploration of each regime.

As Alvin reaches the brilliant blue surface, divers appear in our windows to welcome us home. Our crew gently bobs in the sea, continuing to scheme on how we can further extend humanity’s reach—both deep under the ocean and deep into space. 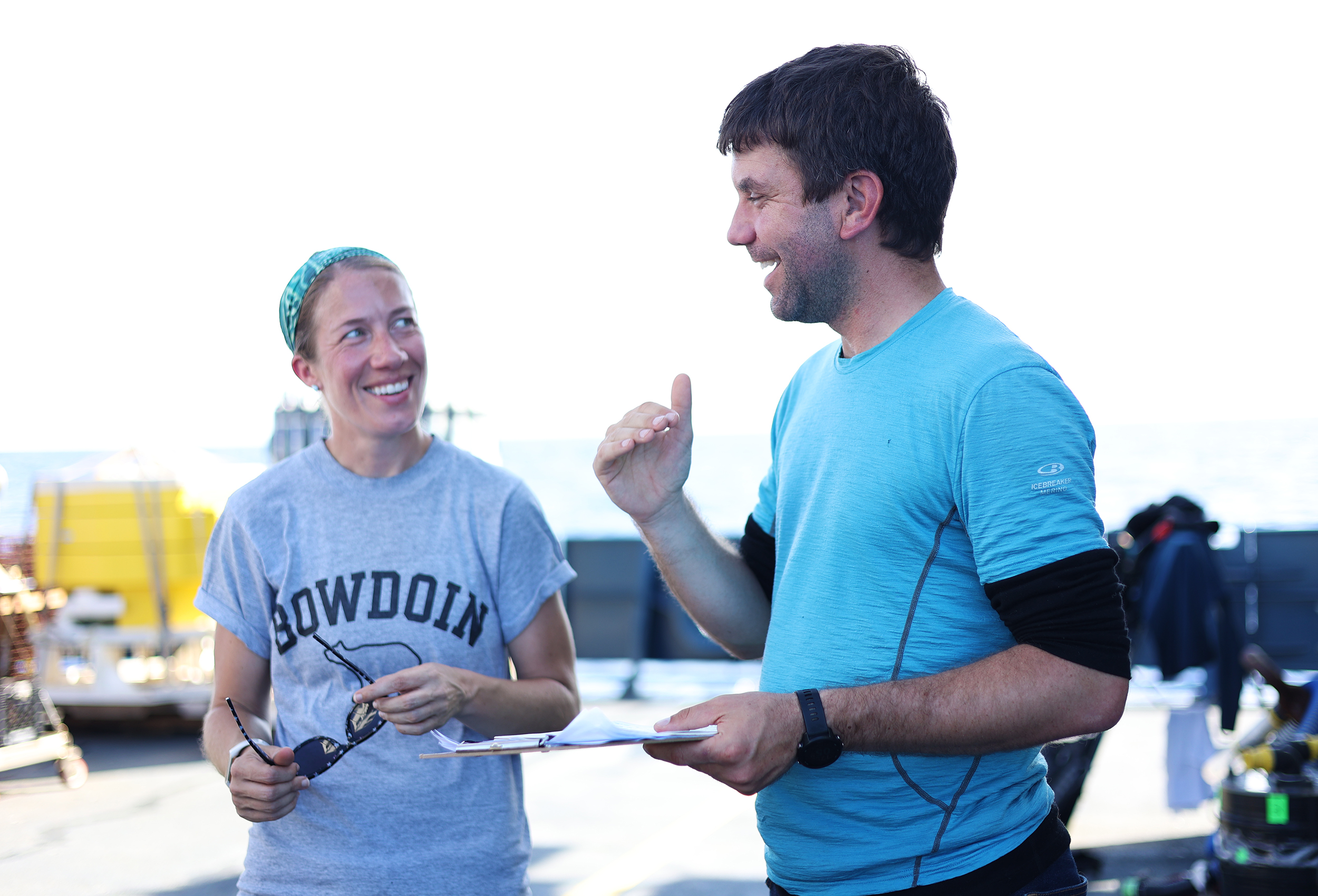