This NSF-funded collaborative research expedition, led by WHOI Senior Scientists Chris German and Jeff Seewald, is investigating the impact on the subseafloor hydrothermal circulation system of seismic episodes in December 2021 using the remotely operated vehicle (ROV) Jason/Medea. This trip builds on a 2018 expedition funded by NASA and NOAA to explore the geology, energy, and microbial communities associated with the seamount.

To expand on the core research objective of this expedition, an open call went out for early-career researchers (ECR) to join and pursue complimentary science questions, while also gaining hands-on experience conducting hydrothermal vent research using Jason. Nine early career researchers and one artist-in-residence were invited to join the expedition, the majority of whom have not been on a research cruise before.

The scientific goals of the ECR participants range from mapping the seamount to documenting the viral communities within hydrothermal vent fluids. Here is a sampler of the research objectives ECR participants will be exploring: 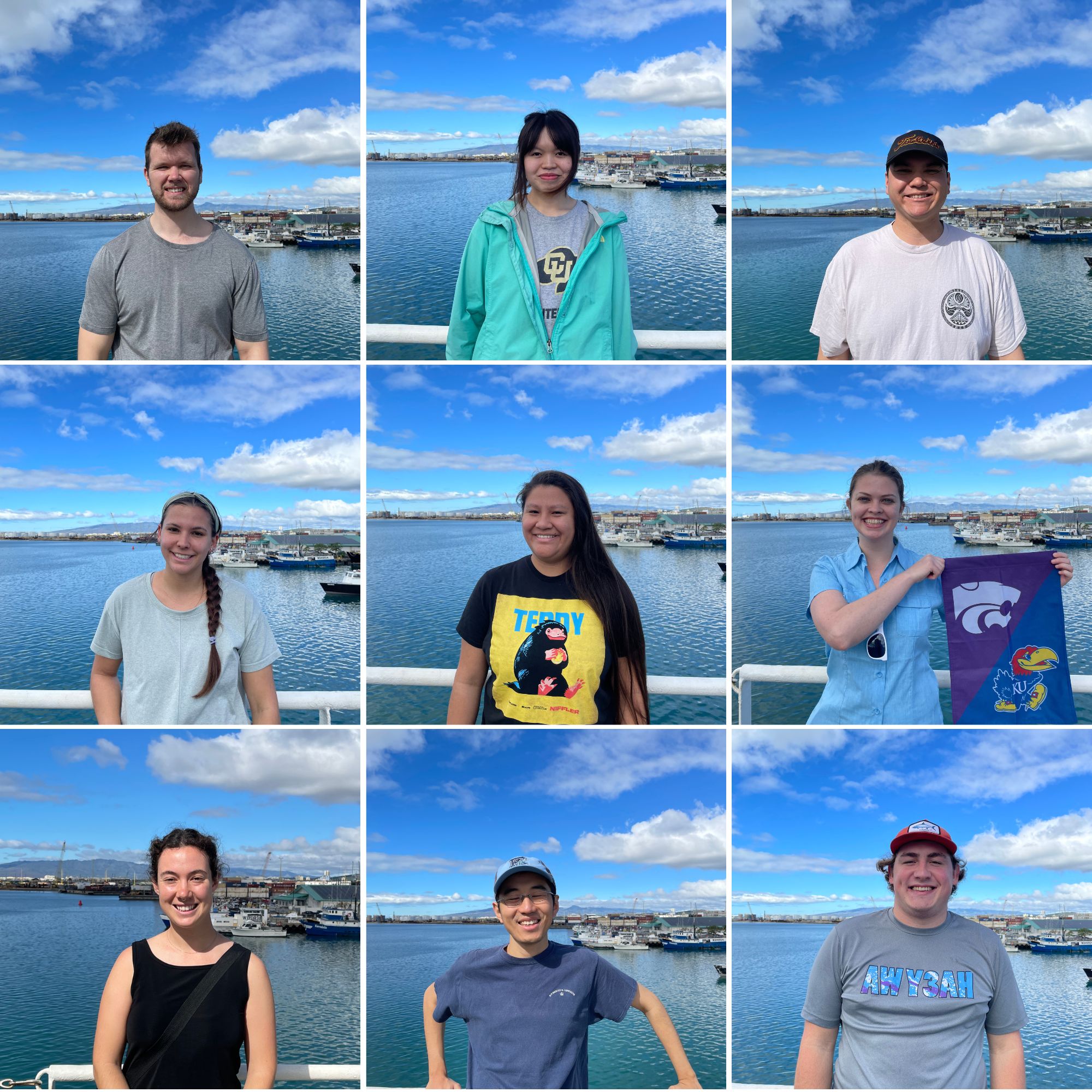 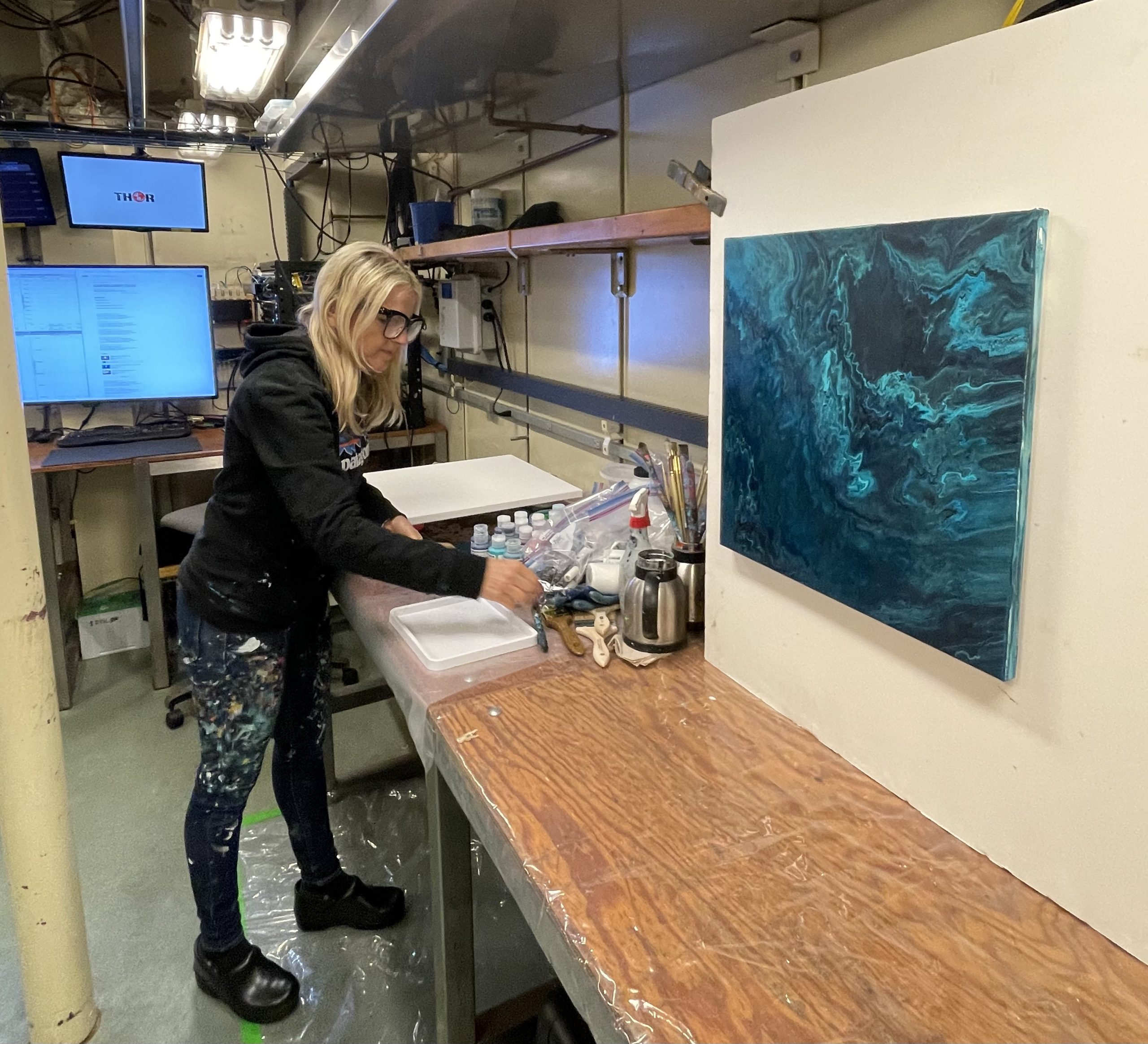 Rebecca Rutstein in the onboard laboratory she will be using as her art studio. (Photo by Jessie Bersson, ©Woods Hole Oceanographic Institution)

The exploration will be creatively captured by Rebecca Rutstein, the artist in residence, whose work is inspired by the natural world and the multitude of hidden systems lurking in the deep sea.

Follow along over the next two weeks as we document the complex systems hosted by the Kama’ehuakanaloa Seamount.