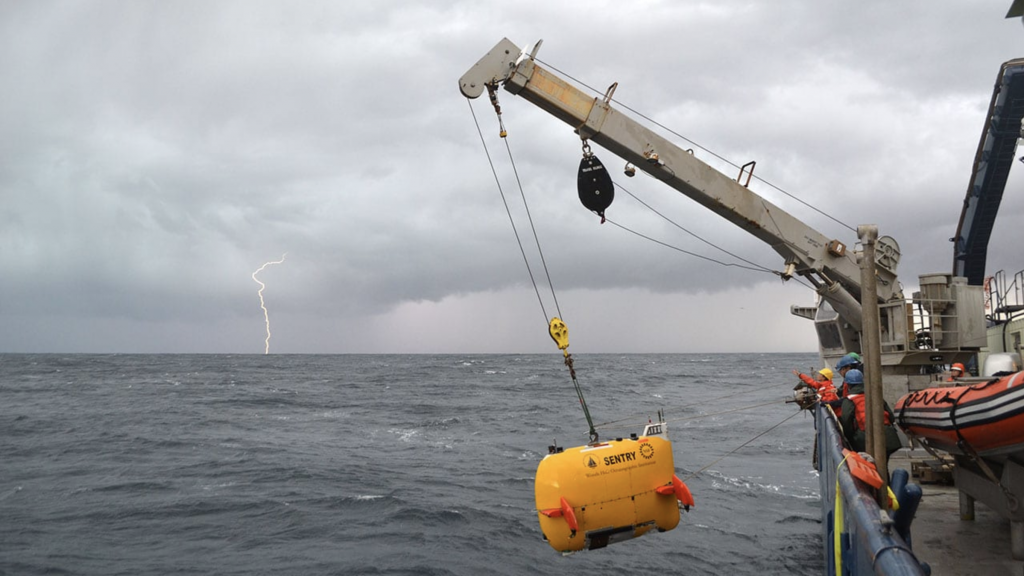 The Sentry Team and deck crew on the research vessel Atlantis had to move quickly in order to launch the autonomous underwater vehicle between squalls off the West Coast recently. Sentry was participating in the University of Washington-led Pythias Oasis expedition funded by the National Science Foundation to map a seafloor fluid “seep” named after the Greek oracle at the Temple of Apollo in Delphi built above a seismic fissure and prophesied with the assistance of the mind-altering gases rising from the hot spring below. (Photo by Mitch Elend, University of Washington)