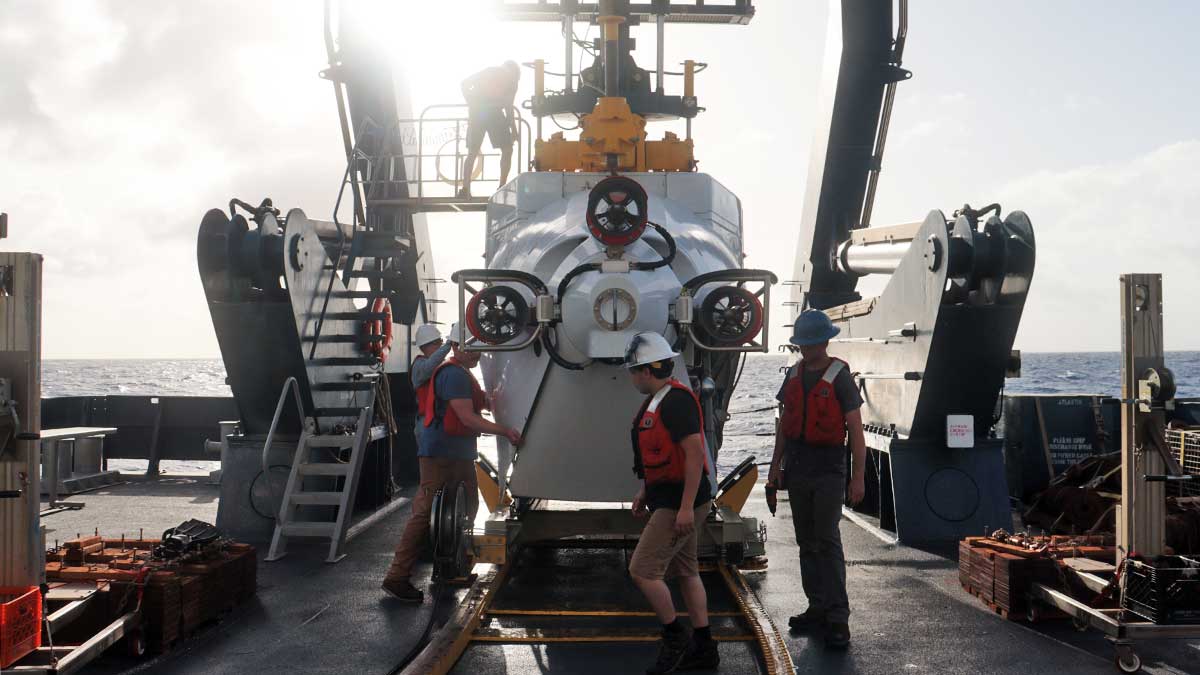 There is no pressure test facility in the world that can fit Alvin. So we have to dive. (Photo by Hannah Piecuch, ©Woods Hole Oceanographic Institution)

As Alvin goes deeper, things that were invisible on land and on the ship emerge under the pressure of the deep sea. Dives 5082 and 5083 and 5084 are complete. All three took place along the same steep descent into the Puerto Rico Trench:

On Thursday and Friday, the pilot on each dive decided to come back sooner than originally planned in order to resolve hydraulic system issues that appeared during the descent or at depth. These truncated dives revealed a fundamental point about sea trials: Depth isn’t the only goal—a fully functioning Alvin is. 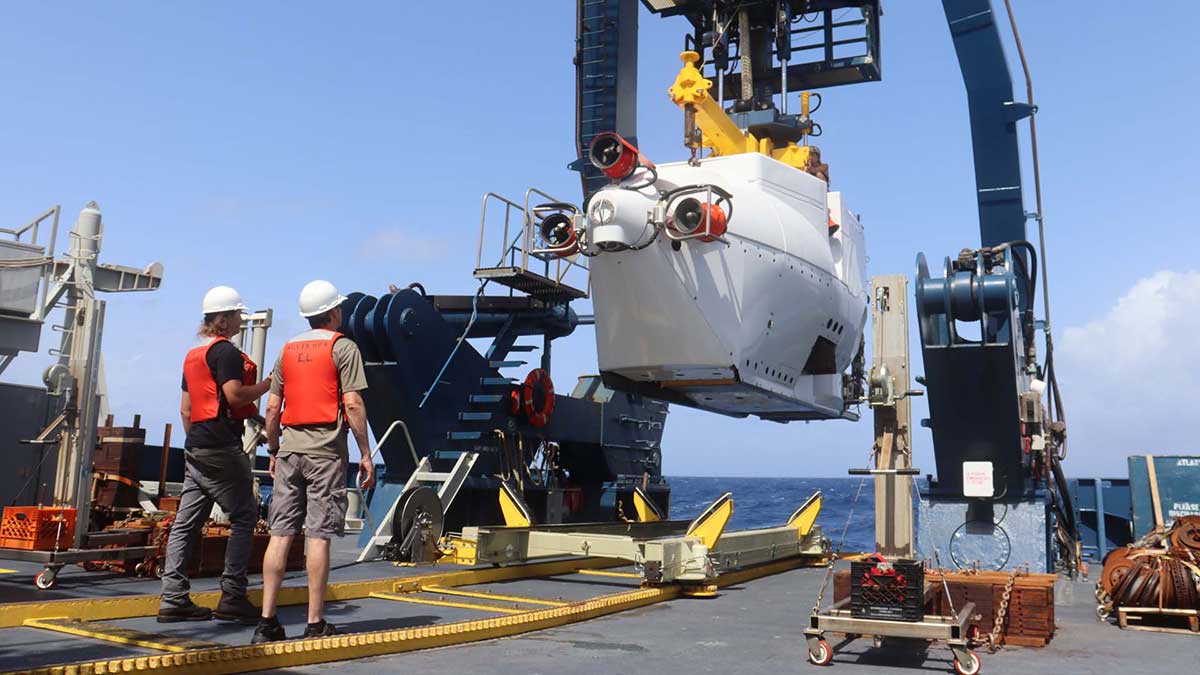 The only way to test is to dive

Alvin is a complex, electrically powered machine. It uses battery power for propulsion and to create hydraulic power to operate the variable ballast system and manipulator arms. Both the hydraulic system and the variable ballast system are new, completely redesigned in this phase of the overhaul, and are being tested and fine-tuned for the sub’s return to science operations.

Fran Elder, a research engineer and member of the Alvin Team, did a lot of the hydraulic redesign. “We tested every new part individually, but you need to put it together to really see how it performs,” he said. “There is no pressure test facility in the world that can fit Alvin. So we have to dive.”

In these dives, as the sub descends into its new depth range, the hydraulic system is being tested as never before. “These are issues that would only happen when it went deep,” Elder added. “We’re finally actually zeroing in what will work well. We’re in the tuning stage.” 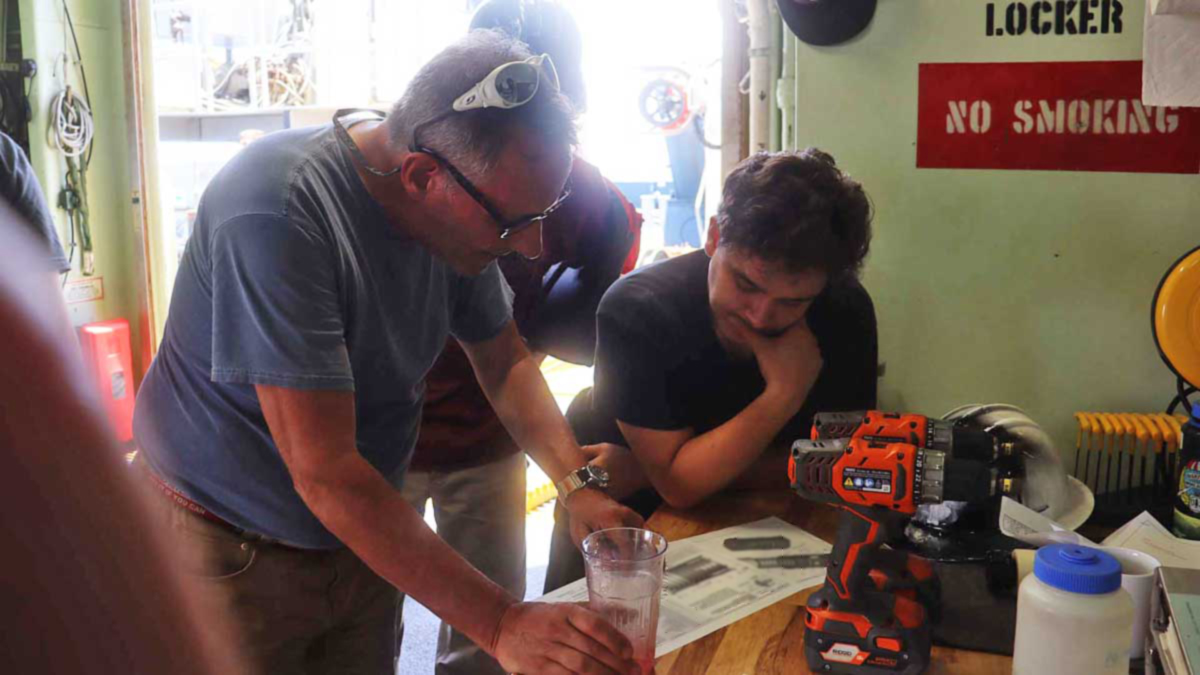 Trouble-shooting often begins long before the sub is on the surface. (Photo by Hannah Piecuch, ©Woods Hole Oceanographic Institution)

Diving to test might sound risky, especially with a one-of-a-kind 43,000-pound sub. But these dives follow a strict protocol to test systems and prove their capabilities all while minimizing risk.

These are the parts of the hydraulic system being tested and what they do:

None of these hydraulic functions are critical to the lives of the individuals in the sub. They also are not part of the US Navy’s required benchmarks for certification. They are, however, important to Alvin’s ability to carry out science, but if the hydraulics stopped working, the sub could still surface and get everyone home safely. 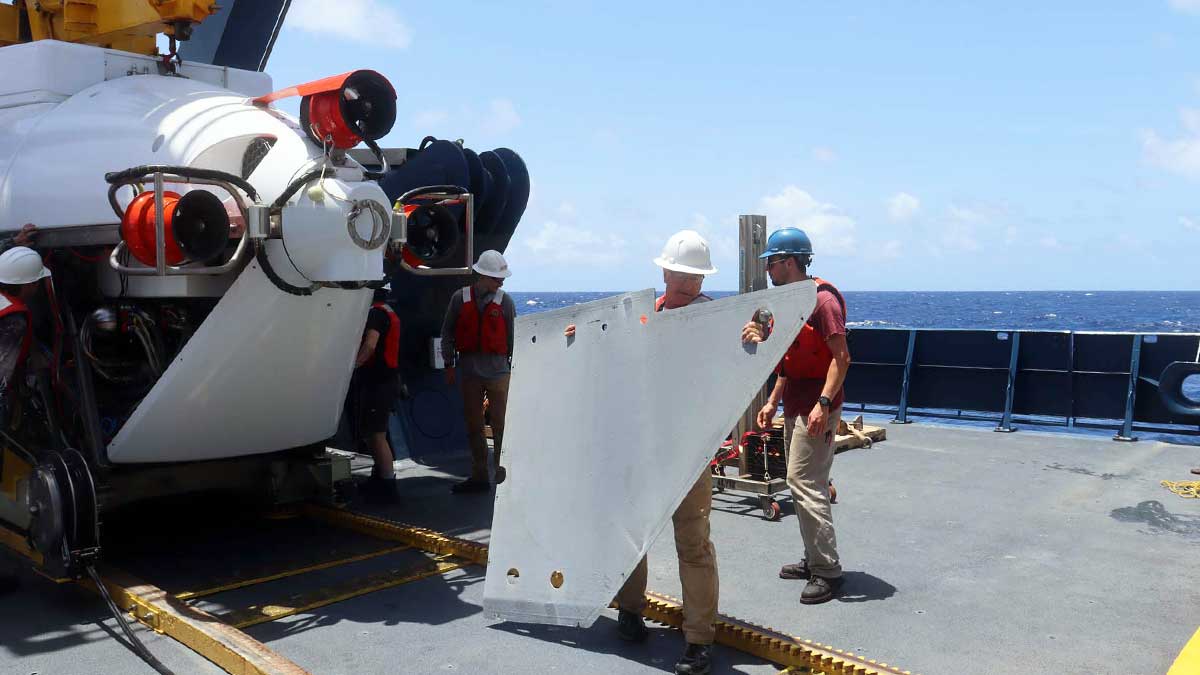 The skins come off as soon as Alvin is on deck to give engineers access to the sub's system. (Photo by Hannah Piecuch, ©Woods Hole Oceanographic Institution)

Once the sub is on deck the team surrounds it. The skins come off before the hatch is even opened to allow the pilot and crew to climb out. Immediately, the inside muscle and bone of the sub is exposed and examined. As the sub starts its slow roll across the deck to its hangar, it gets a complete rinse of fresh water, pausing only for the removal of any remaining weights. Before Alvin has fully returned to its hanger, theories are flying about a solution.

In the life of a vehicle like Alvin this process of continuous trouble-shooting is to be expected, said Senior Pilot and Alvin Group Lead Bruce Strickrott.

“Alvin has always been cutting-edge,” he said. “It has always pushed the boundaries of what can be done in the deep submergence world.”

Maintaining a vehicle of this complexity means a pre-dive protocol that takes three hours and a post-dive check that takes an hour and a half, even if nothing needs to be fixed. It means that many things need to be checked and adjusted before and after each dive. And when the team is developing a new system, it means an additional phase of grooming to perfection is to be expected. 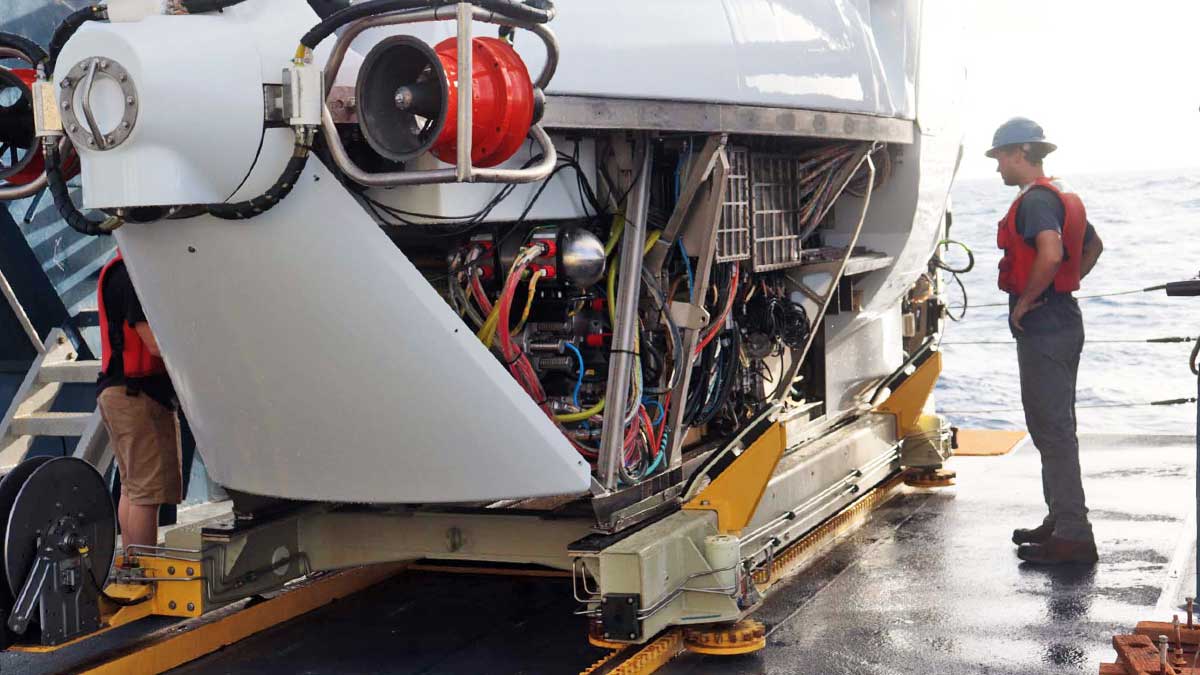 I swear sometimes I think it’s trying to defeat us. It sits there in all its white elegance trying to think of something new. (Photo by Hannah Piecuch, ©Woods Hole Oceanographic Institution)

Sometimes I think it’s trying to defeat us

On deck the morning that Dive 5083 was rolling out—the one that later returned after diving to 2,100 meters—Strickrott read a quote from George Broderson, out of Water Baby; The story of Alvin, aloud before climbing into the sphere:

“As soon as you’ve got everything ordered, [Alvin] finds something of its own. Little fat devil, I swear sometimes I think it’s trying to defeat us. It sits there in all its white elegance trying to think of something new. . . . You don’t want to yell quits because you know that you can lick whatever it is.”

Broderson was the crew chief for the original Alvin Team in the 1970s. Whether Alvin is actually trying to outsmart its attendants, or these are just the realities of voyaging in the deep ocean, his account of working with the sub sounds strikingly familiar to Strickrott. “This team is going through a similar experience forty years later for their version of the vehicle,” Strickrott said. “If you got all the Alvin Teams together—from across the years—they would have similar stories.”

“Very few systems as complicated as this just work immediately,” added Elder. “They naturally require a period of testing. That’s why sea trials are part of the process. This whole trip’s purpose is to find the bugs. That’s why we do it systematically, that’s why we do controlled dives, and incrementally get deeper. We want to find those bugs and resolve them. We dedicate a whole cruise to this.”

Going through this process is also good for the Alvin Team, Strickrott added, learning the range of how the sub behaves. “There are a lot of new members of our team and this is their first overhaul. This is how they learn. This is how they come to know Alvin.”

And this team means to lick whatever the problem is.