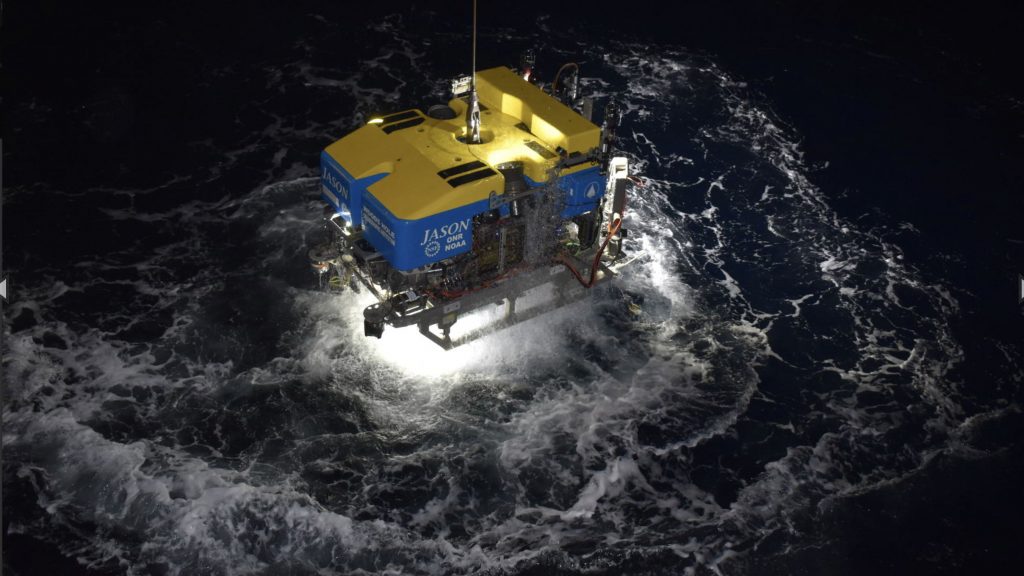 The ROV Jason rises from the deep after diving in the International District Hydrothermal Field. Credit: University of Washington.

ROV Jason is at sea on the R/V Thompson for a 30-day maintenance cruise to service the Regional Cabled Array.

From University of Washington’s Interactive Oceans:

Jason will again be diving to depths as great as 9500 ft beneath the oceans’ surface, on the highly active summit of Axial Seamount where underwater hot springs covered in biota emit fluids at >660°F into near freezing seawater, and to Southern Hydrate Ridge where methane ice is often exposed on the seafloor. Along the Cascadia Margin, we will be diving in some of the most biologically productive waters in the world’s oceans.

Tune in here to watch the livestream through September 1, 2020.