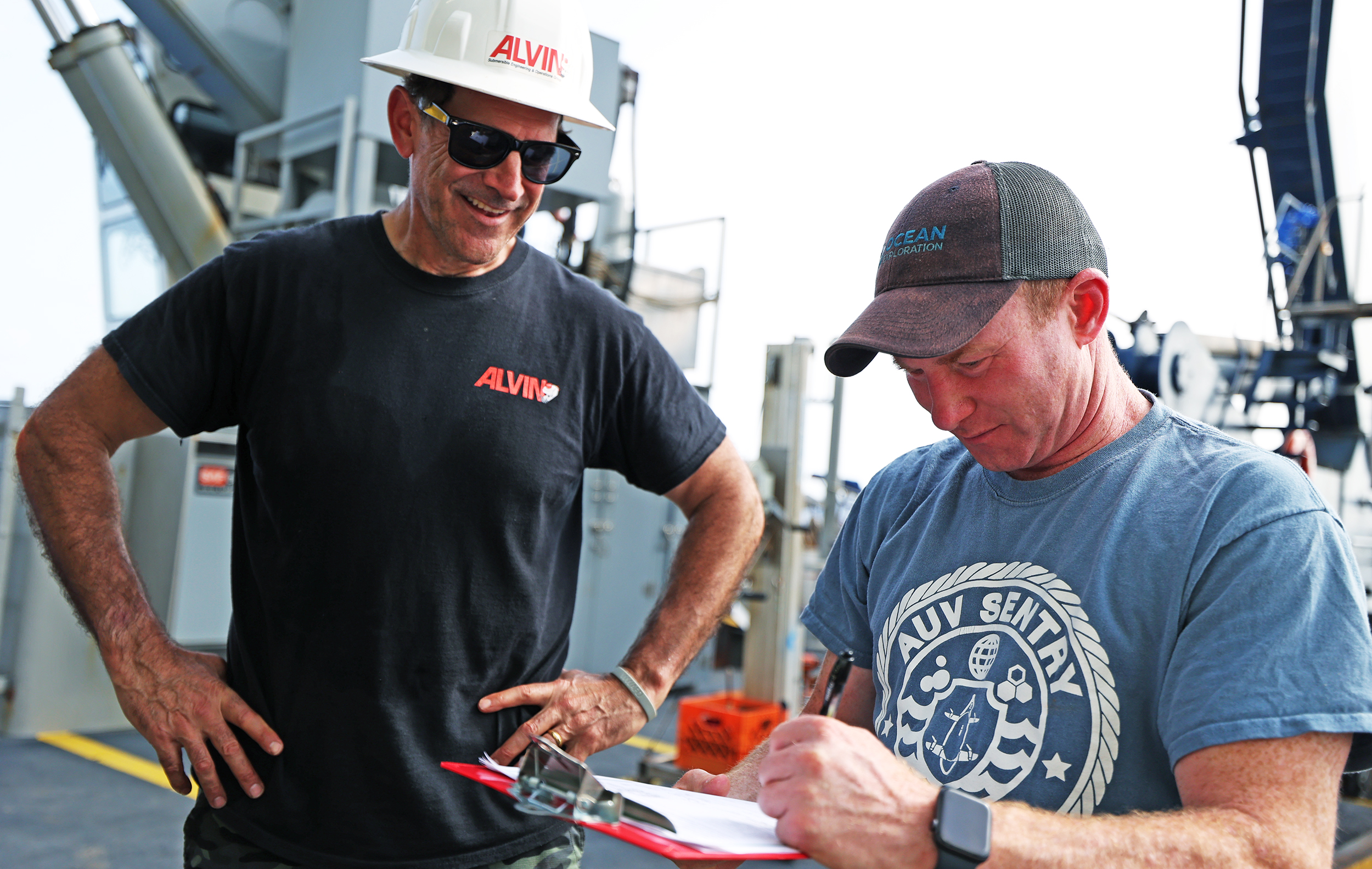 A warm Caribbean breeze bounces around the bow of the R/V Atlantis as we sail away from the port of San Juan. Several members of the science team have gathered here, squinting into the bright sunlight.

From up here, we have a panoramic view of Castillo San Felipe del Morro, a citadel built by the Spanish in the early 1500s. On one of the hills, silhouetted against the giant sky, we can just make out Ken Kostel, who just left the ship at the last port stop. He’s taking pictures and waving at us.

Heading out to sea is always exciting, but the eagerness of our team is particularly palpable.

After so much planning (and waiting and hoping) this moment feels a bit surreal: the Alvin Science Verification Expedition is finally underway.

I turn to Adam Soule, our chief scientist, and he is smiling.

“We’ve been waiting such a long time to make this expedition happen,” Soule says. “I’m so excited to finally get our team out to sea, and to start doing science with Alvin again.”

The past few days have included a blur of activity in port–administering COVID tests, hauling luggage and supplies on board, organizing equipment, setting up workspaces in the lab, introducing scientists and crew members, running through safety protocols, and having lots of conversations about Alvin’s deepest dive ever.

“Everyone on board is really excited to get access to some of the deepest parts of the ocean,” Soule says.

Attaining that access has been a long journey though, starting when Alvin returned to Woods Hole for a full overhaul in March of 2020. After more than a year of engineering upgrades, the team was excited to get the sub back in the open ocean last summer. In November 2021, the official sea trials began in Puerto Rico. But during a test dive to a record depth of 5338 meters (17,513 feet), the Alvin team found unexpected damage to several attachment points of the specialized syntactic foam used to provide buoyancy.

In all operations aboard the Atlantis and during every single Alvin dive, safety is the number one priority. To ensure the sub could operate safely, the remaining test dives–and our subsequent scientific expedition–were postponed.

But now, after fixing the syntactic foam attachments and safely completing the new 6,500-meter certification dives, Alvin is ready to get back to doing what it does best: deep-sea science and discovery. We’re ready to go as well. Just three hours after sailing out of San Juan, we arrive at our first dive site and the Alvin team begins preparing the sub for deployment. For many people on board, watching Alvin enter the water is business as usual, but for nearly half the members of the science team, this is our first time seeing the famous sub in action. 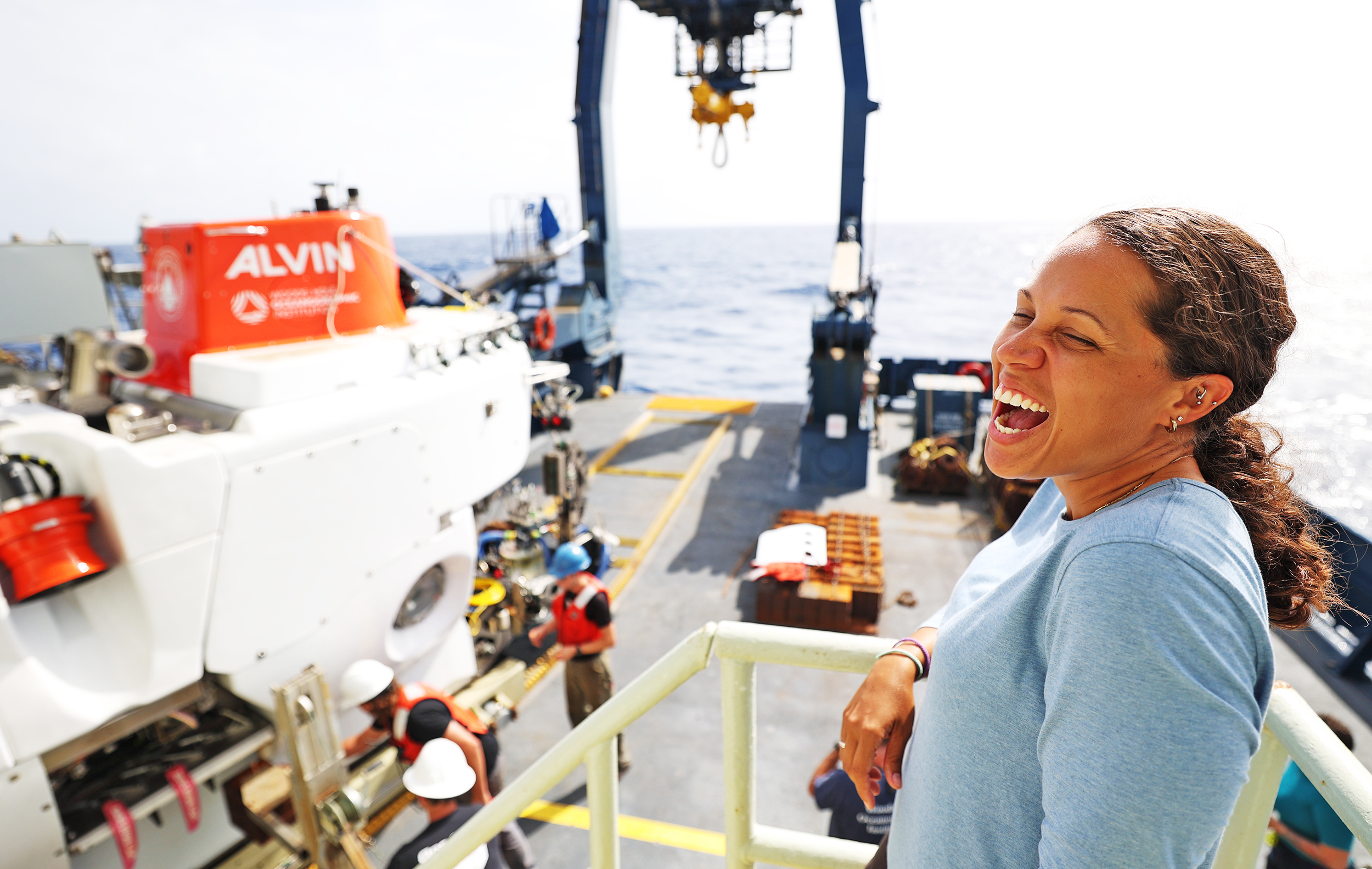 I watch from the staircase on the aft deck with Sabrina Douglas, a GIS marine scientist from the Cayman Islands. At first, things seem to happen in slow intervals. When will they roll the sub out? Is it happening now? We wait patiently, ignoring the intense blaze of the tropical sun, and soon we observe the well-oiled machine that is Alvin operations at sea.

“It’s incredible how smoothly all these people work together,” Douglas says. 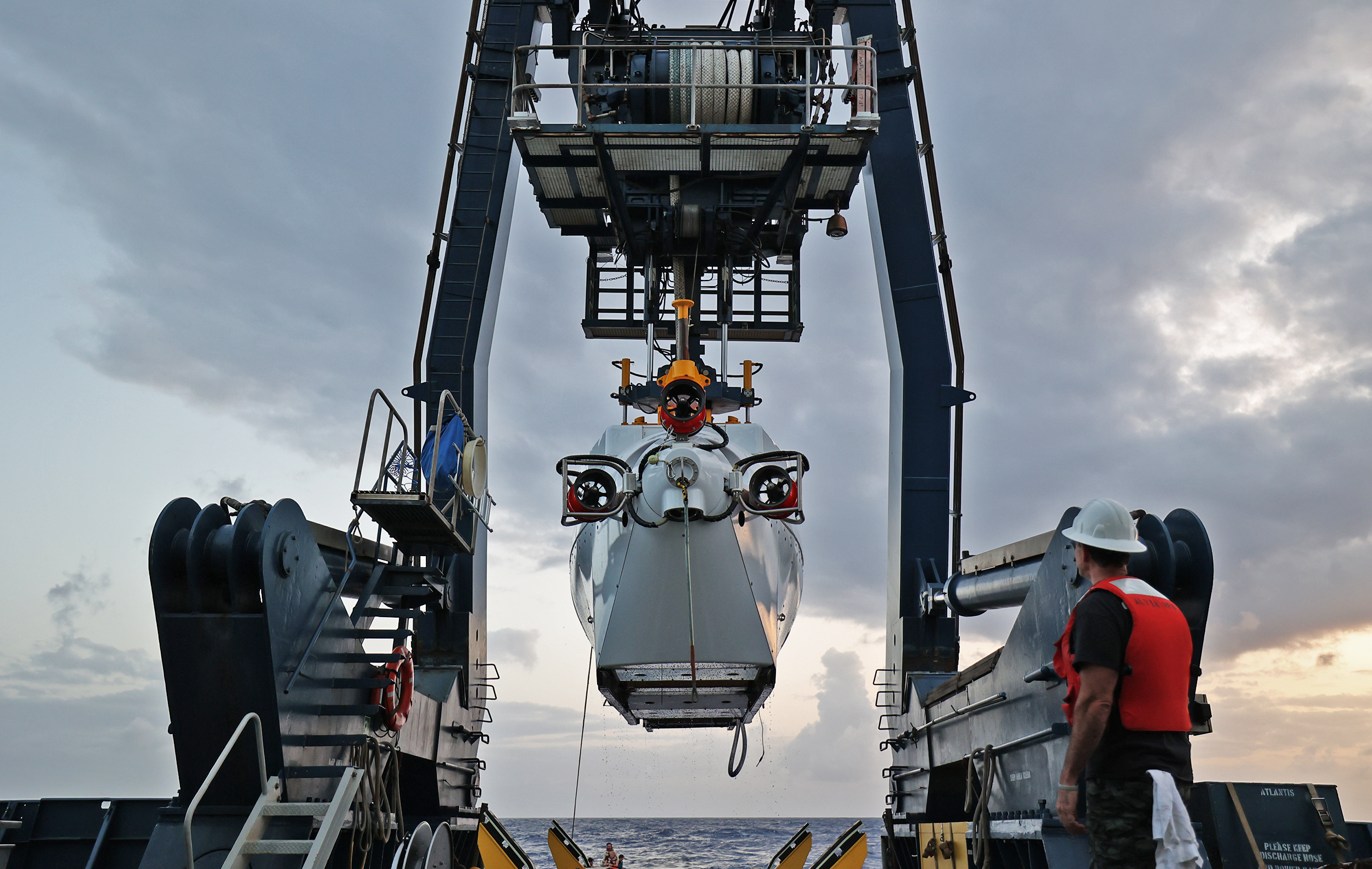 Because it’s already afternoon, this dive is a short one. Danik Forsman, Bob Waters, and Expedition Leader Randy Holt descend to 2,119 meters, run some checks, grab a quick sediment sample, and then begin their ascent.

When Alvin returns shortly after dinner, a few members of the science team gather around the front of the sub, peering at the single push-core sample. It’s a modest start to our data collection, but it symbolizes much more.

“Every time Alvin comes back on board, we have a little more knowledge than we did before,” Douglas says. “And we get to witness that happen!” 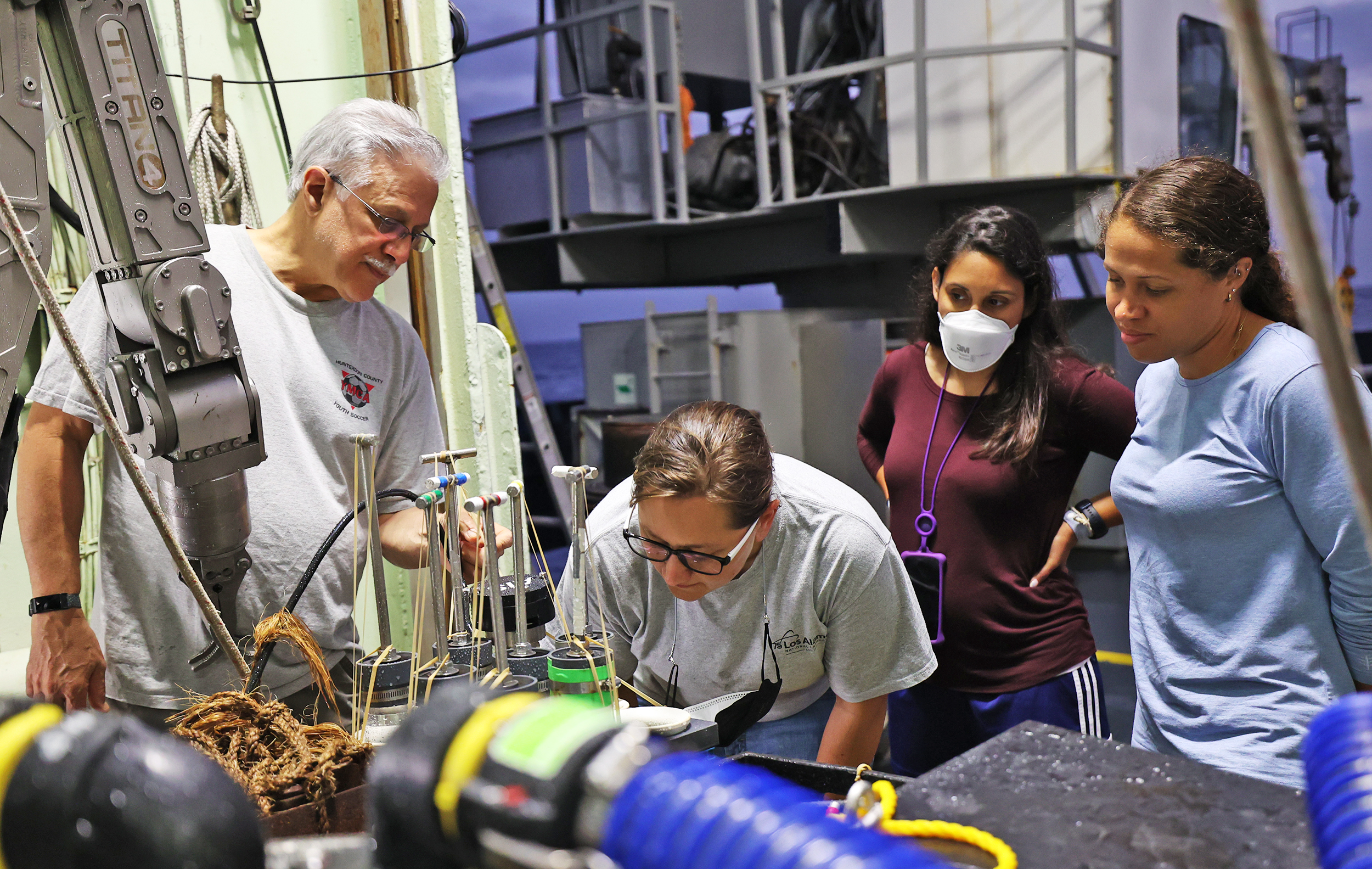