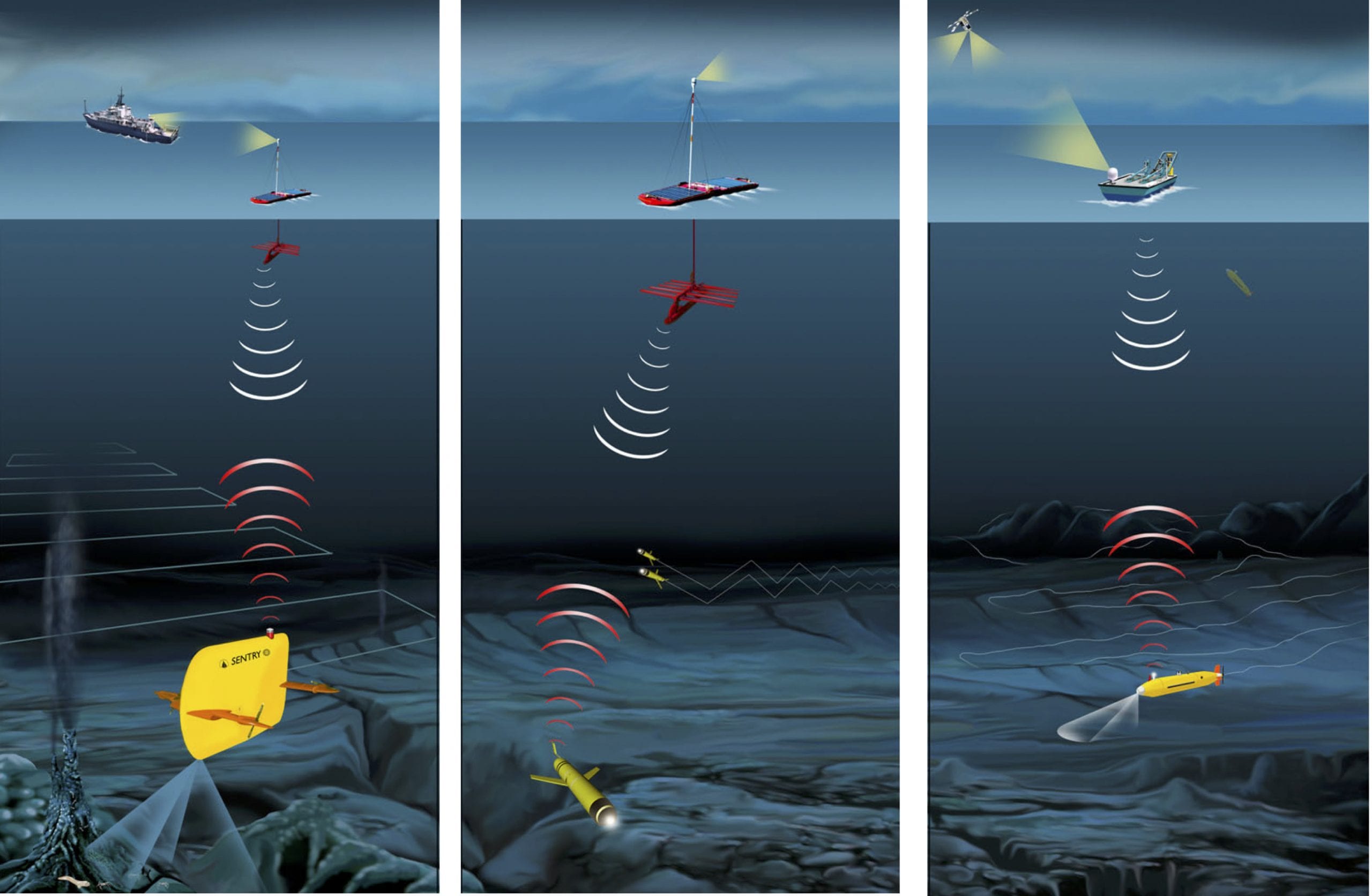 In August 2021, WHOI geochemist Chris German will test an autonomous surface vehicle (ASV) called a Wave Glider while exploring the East Pacific Rise, a submarine volcanic chain in the southeastern Pacific Ocean. While WHOI’s more familiar autonomous underwater vehicle (AUV) Sentry is exploring the seafloor for hydrothermal vents at depth, it will relay data back acoustically via the Wave Glider. In this way, the Wave Glider acts as a “mid-ocean telephone operator” to researchers aboard the ship, allowing them to explore the seafloor miles ahead of the ship without Sentry ever having to come to the surface. Meanwhile, other researchers aboard the ship can sample previously discovered sites while the robots scout ahead to find new vent sites on the seafloor. Working together, the robots could more than double the science party's productivity.