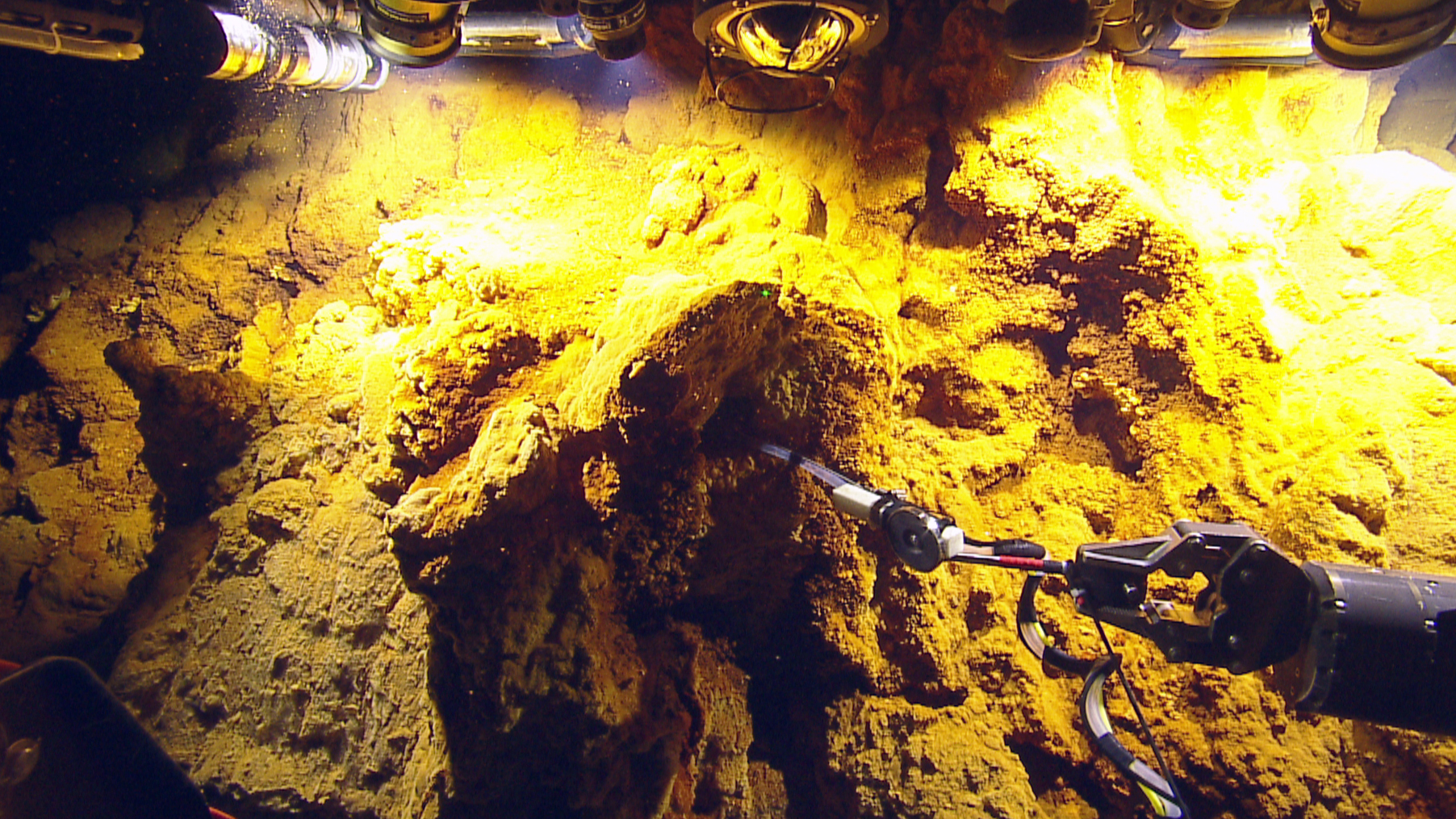 ROV Hercules sampling for hydrothermal fluid compositions and associated microbiology at the Dragon Cave vent, Kama’ehuakanaloa seamount, during the SUBSEA program co-funded by NOAA and NASA in 2018. The 2023 Kama’ehuakanaloa Seamount Vents Expedition will be revisiting and sampling this site. (Photo courtesy of Ocean Exploration Trust)

Kama’ehuakanaloa Seamount (formerly Lo'ihi) has active hydrothermal vents that host thriving microbial life and tell tales from deep within the volcano. These vents essentially live-stream valuable information about the status of the seamount’s hydrothermal and magmatic systems. When the seamount experienced two significant seismic events in 2020 and again in late 2021, WHOI scientist Chris German thought it was time for a temperature check, literally.

The 2023 Kama’ehuakanaloa Hydrothermal Vents Expedition is visiting hydrothermal vents in Pele’s Pit on the summit of the seamount. Pele’s Pit is a 250-300 meter-deep crater that was created during the 1996 eruptive activity at Kama’ehuakanaloa, the seamount’s most recent documented eruption. These vents have been visited multiple times since the 1996 eruption and have been consistently cooling down at an average rate of 1-2˚C per year over the past decade or more—up to and including Chris’ most recent study in 2018.

In May 2020 and December 2021, the US Geological Survey detected major seismic activity at Kama’ehuakanaloa, potentially signaling the movement of magma within the seamount’s underground plumbing system. This seismic activity provokes these questions: How did the magmatic migration influence the seamount’s hydrothermal system? Furthermore, did it alter the surface of the seamount itself?

To answer these questions, scientists are deploying ROV Jason/Medea to collect samples at six hydrothermal vents and to produce high-resolution multibeam bathymetry. The geochemical, microbiological, and geological data collected from this expedition can be compared to the past vent visits to capture any detectable influence the recent seismic events may have had at the seamount. Vent fluids hotter than expected, for instance, would indicate the influence of shallow magma on the hydrothermal system.

WHOI scientists Chris German, Jeff Seewald, and Sean Sylva are pursuing these central research objectives, along with a team of early-career participants who are investigating complimentary science objectives of their own. The Jason Team will be pursuing these goals by deploying the ROV to sample and measure the hydrothermal vents at Pele’s Pit more than 1000 meters below the surface. 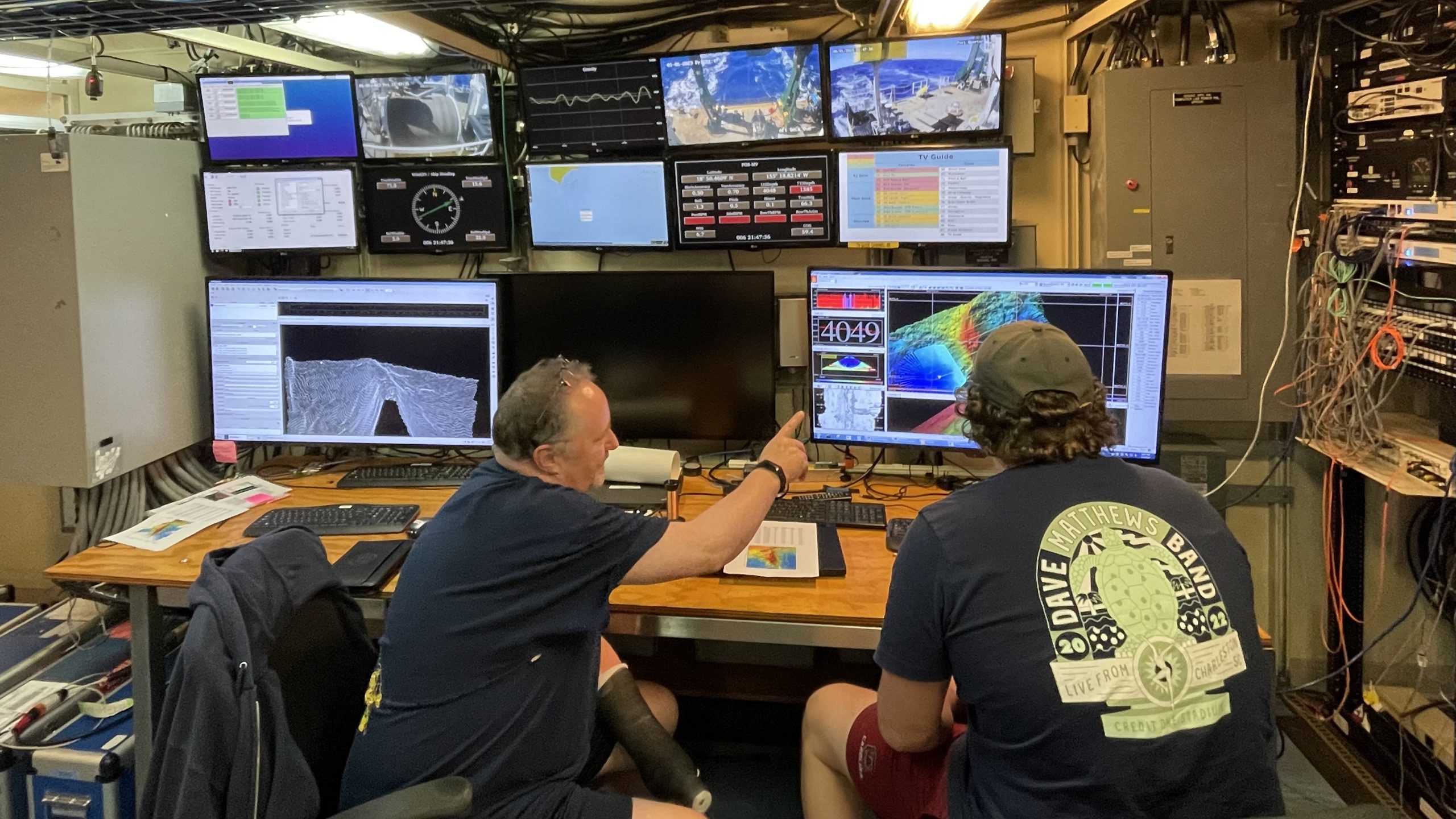 The 2023 Kama’ehuakanaloa Hydrothermal Vents Expedition is an NSF-funded collaborative research expedition running from January 3 to 15, 2023. All blog posts from the expedition can be found here.

This post was written by Jessie Bersson, an early-career participant and science outreach contributor on the 2023 Kama’ehuakanaloa Hydrothermal Vents Expedition. The post was informed by interviews with chief scientist Chris German and other members of the expedition’s science team.