Getting Jason and Sentry back to Woods Hole in the face of cancelled expeditions, closed ports, and tropical cyclones 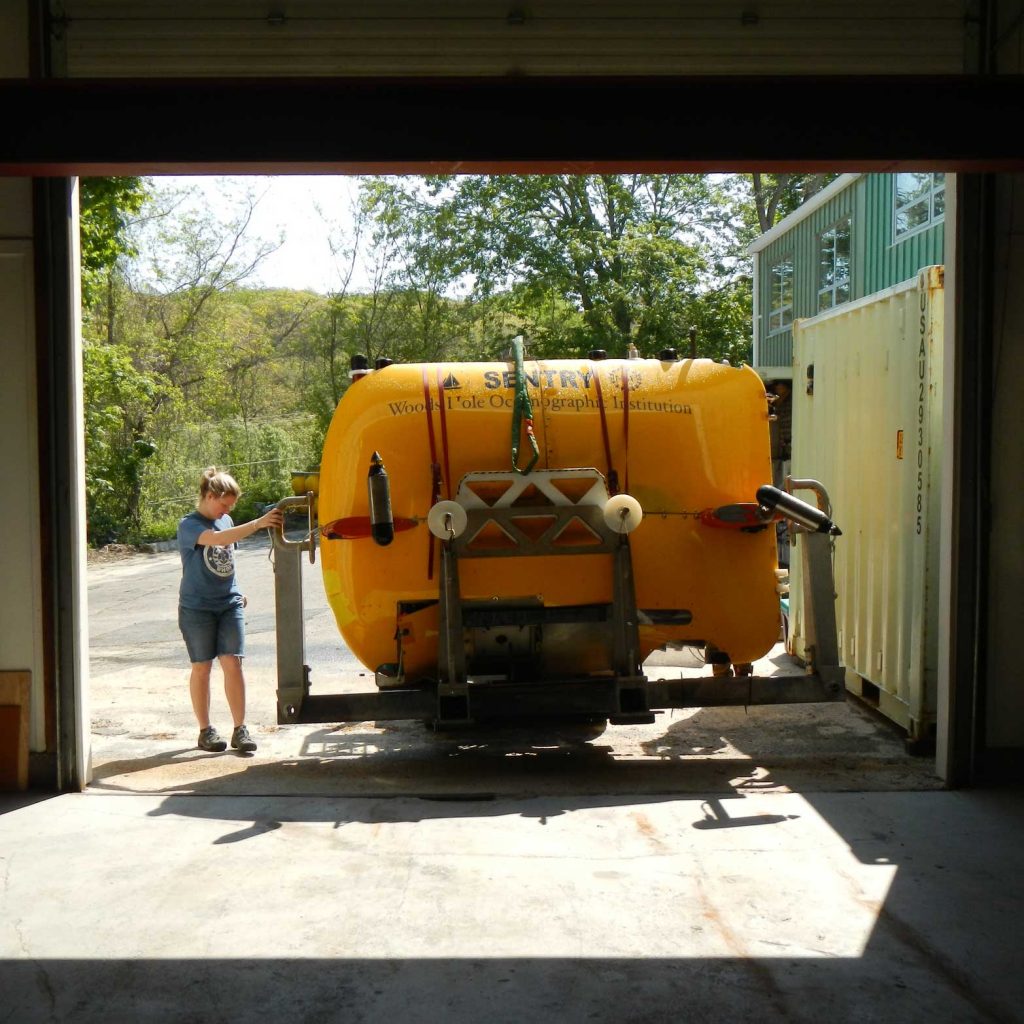 When COVID-19 shutdowns stranded ROV Jason and AUV Sentry in the South Pacific, the National Deep Submergence Facility (NDSF) planned to put the vehicles on a commercial carrier vessel and get them back to Woods Hole as quickly as possible.

But the journey home was far from simple, according to Kevin Kavanaugh, a field operations coordinator at NDSF who managed the journey every step of the way while working from home. “With COVID-19 travel restrictions and border closures, getting these vehicles back was quite the logistical challenge,” he said.

In early March, the vehicles were in Fiji awaiting pick-up by R/V Thomas G. Thompson for a science expedition. But Thompson was rerouted from Fiji at the outset of the COVID-19 crisis, and then the country closed all ports except Suva. Since there is no direct ship traffic from Suva to the U.S., the NDSF team started looking for a passage via New Zealand. When Kavanaugh secured space on a container ship for the vehicles, which travel in nine shipping containers, that vessel broke down and was pulled from service. Then—as if managing transit during a global pandemic wasn’t difficult enough—Tropical Cyclone Harold closed the port of Suva for two days. When Jason and Sentry were finally loaded on a vessel bound for Tauranga, New Zealand nearly six weeks had elapsed.

Since then, transit has proceeded smoothly. From New Zealand, the vehicles were loaded on another vessel and bound for Long Beach, California, where they arrived earlier this week. Presently, they are on their way across the U.S. in tractor trailer trucks.

Sentry Team lead Sean Kelley is eager to have his vehicle back home and feels the journey won’t be complete until they unpack Sentry and perform a deck test to assess its status—a necessary step before he can decide how exactly to proceed. “Sentry hasn’t been back in Woods Hole since last summer and since then it has been shipped all over the world,” he said.

Both the Jason and Sentry Groups have adjusted their maintenance to accommodate the shutdown.

Up next for Sentry is testing a new mission controller that will allow the vehicle to map the seafloor while it traces patterns other than the standard parallel line configuration.

Jason is scheduled for a scientific cruise out of Newport, Oregon, in July and will be in Woods Hole only briefly. But this won’t prevent the Jason Group from making the most of the two-and-a-half weeks the vehicle will be on shore. “We’ll check and repack the vehicle,” said Jason Group Lead Matt Heintz, “At the same time, we’ll test a new Jetway power system, a 10km cable, and do some maintenance on the overboard handling system.”

When Jason arrives in Oregon for its next cruise, Heintz has requested that the facility in Newport allow his team to continue work on Jason during their two-week quarantine period before the cruise begins.

Everyone is looking forward to having the vehicles back in-house, according to NDSF Director Andrew Bowen. “They are after all just robot machines, so it’s not quite the same as welcoming someone home,” he said. “But I am quite sure everyone will heave a collective sigh of relief when both vehicles are back in Woods Hole.”